New York Times bestselling author Sawyer Bennett steams up the ice all over again as the Carolina Cold Fury hockey team’s hottest bad boy gets his first taste of something good.

In a league full of troublemakers, Cold Fury defenseman Roman Sýkora stands out—at least when it comes to negative publicity. When he’s not chilling in the penalty box, the sizzling Czech skate demon is racking up tabloid headlines for his scandalous behavior with the ladies. But now Roman’s feeling the burn from management to clean up his act, or else. Luckily he’s got an enticing distraction: a fun-loving barista who plays the ukulele and brings out a side of Roman he didn’t know he had.

Lexi Robertson came to Raleigh, North Carolina, to finally meet her father, Brian Brannon, and her half-sister, Gray, both of whom work in the Cold Fury’s front office. That’s where she first meets sexy, intimidating Roman—who’s really a big softie at heart. As one relationship takes off, another begins: Brian seems to be clicking with Lexi’s boss at the coffee shop. But when the friction between Roman and her new family heats up, Lexi wonders whether she’s a pawn in their game. Feeling hurt and foolish, Lexi’s ready to quit while she’s ahead. Trouble is, Roman’s not ready to quit on her.

I enjoyed this one. Not as much as MAX, but it was still an enjoyable read for the most part. That said because of the two different romances taking place at the same time I was left feeling disconnected from both of them.

Roman and Lexi were sweet together, but I didn’t feel any overwhelming passion between them. Everything just seemed to be resolved easily or swept under the rug. Hell, the sex wasn’t even that hot. Brian and Georgia although cute together, in my opinion, should have been a separate novella because their little romance took away from Roman and Lexi and made their story seem underdeveloped. 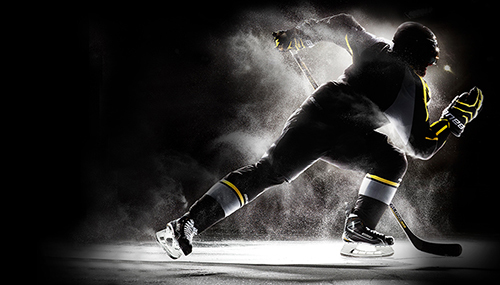 And do not even get me started on GRAY. WTF…how is this immature tw@t faced bitch a manager of a Stanley Cup winning hockey team? I haven’t read her and Ryker’s book and now I never plan to. I spent the entirety of this one wishing a truck would make her roadkill.

SIDE NOTE: I love that the author took an actual event that happened to Jaromír Jágr and turned it into romance book fodder.

Duke of Manhattan, an all-new contemporary romance by Louise Bay is coming May 16th!   SYNOPSIS I was born into British aristocracy, but I’ve made my fortune in Manhattan. New York is now my kingdom. Back in Britain my …READ MORE

Sad to have seen The Wicked Horse come to an end? Well, a new one’s been opened in Vegas and it’s hotter than ever! Wicked Favor & Wicked Wish are the first two books in ...READ MORE