I’m the Mayor of London.

I’ve come to New York purely on business. The usual boring meetings with other politicians.
I don’t expect my time here to be exciting in the slightest.

But who’s that woman I met this morning? No, girl. That would be a more accurate term for her.
She’s only twenty-one years old. A college student. Someone who shouldn’t get mixed up with a guy like me.

But I can’t get her out of my mind. Every single time I close my eyes, I see her face.
How can someone I just met do this to me? That’s the kind of stuff that happens in movies. Not real life.

I know this will be a dangerous risk for me, but I can’t help it. I want her. I need her.
And whatever it may do to my career, I won’t stop until I have her.

Mr. Prescott is a standalone New Adult Romance novel told entirely from the point of view of the male lead.

Nicole would be arriving at any moment. Even if she decided to be fashionably late, I knew I wouldn’t be out there for long. She wouldn’t keep me waiting. No one kept a man like me waiting.

I had one hell of a night ready for her. The amount of effort I put into planning everything… I couldn’t remember the last time I did that for any woman.

Usually, I didn’t have to work hard to get women into bed. I didn’t even have to approach them. They approached me. One thing led to another. I had a reputation back in London. Everyone there knew that I wasn’t like any mayor they’d had before. I enjoyed spending time with beautiful women. I liked taking them to bed.

Thankfully, it was the modern age, so I only went through a little bit of criticism here and there. No one chastised me for not being a prude.

But with those women, I had a goal in mind. I wanted to see the sight of my cock going into their bodies.

With Nicole, I wasn’t sure what my end game was.

I sensed her before I saw her. She was wearing the same clothes she had on that morning in the bookstore, but there was a coat over her shirt now. A jacket, actually. A black jacket. A hard look to pull off, but she was doing it. My cock shifted a little in my pants upon seeing her.

Her hair, however, which was previously tied back in a ponytail when she was in the store, was now flowing freely down her shoulders. It was a fascinating color of dirty blonde. I felt a sudden compulsion to run my hands through it.

“There you are,” I said, appearing to be smooth and detached. “No trouble getting here?”

“No trouble,” Nicole replied. She came to a stop a few feet ahead of me. “So where are we going?”

Her cheeks reacted faster than the rest of her. The red tint. She was blushing. I loved making her do that.

“Upstairs?” she said shakily. “You don’t want to go out?”

It doesn’t take a scientist to know what she was worried about. She thought by “upstairs,” I meant I was taking her up to have sex.

“There’s a surprise for you on the roof,” I said, letting her know that my bedroom wasn’t on my mind.

At this rate, it was just going to be question after question. “It would be easier if I just showed you,” I said, turning to walk towards the elevators. 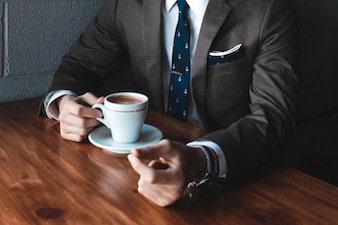 I’m a guy who likes to cut right to the chase, so here we go: I’m a male author of Romance/Erotica novels that are told entirely from the POV of the male protagonist. If you enjoy happy endings and steamy tales about people falling in love quickly, my stories are for you.

Rock with You (Risking It All) by Rachel Lacey

BLURB SWEET AS SUGAR. SEXY AS SIN . . . Carly Taylor is pretty sure she’s dreaming. It’s not possible that Sam Weiss – rock star god and sexy hotness personified – is actually in her bakery. This sort of …READ MORE

COVER REVEAL — The Lawyer and the Tramp By Soraya Naomi