~SYNOPSIS~
My name is Elizabeth Kingston and this is where my story begins.
I never thought my life could be so perfect. I have an amazing job owning my own bakery and a wonderful husband who I love and who loves me back. Never once did I have to worry about anything, at least, not until the texts started coming in. They always begin the same way … numbers that spell my nickname when read upside down.
31773
It’s someone from my past, only they want to tell me who they are, but that by talking to them, I’ll figure it out. It’s a game I refuse to play. Unfortunately, I’m left with no choice when things begin to take a dangerous turn.
His name is Anonymous and there’s only one thing he wants … ME. 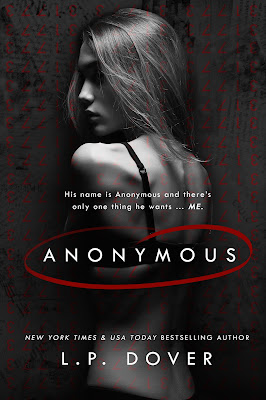 Heather Lovelace – “Holy moly! This book…the pace wouldn’t let up. The perfect combination of tension and drama and romance and just overall fabulousness.”
Rebecca Edwards – “Ellie’s story will leave you on the edge of your seat wanting more”
~TRAILER~

New York Times and USA Today bestselling author L. P. Dover is a southern belle living in North Carolina with her husband and two beautiful girls. Before she began her literary journey she worked in periodontics, enjoying the wonderment of dental surgeries.
She loves to write, but she also loves to play tennis, go on mountain hikes and white water rafting, and has a passion for singing. Her two youngest fans expect a concert each and every night before bedtime, usually Christmas carols.
Dover has written countless novels, including her Forever Fae series, the Second Chances series, the Gloves Off series, the Armed & Dangerous series, the Royal Shifters series, the Society X series, the Circle of Justice series, and her standalone novel Love, Lies, and Deception. Her favorite genre to read and write is romantic suspense, but if she got to choose a setting in which to live, it would be with her faeries in the Land of the Fae. 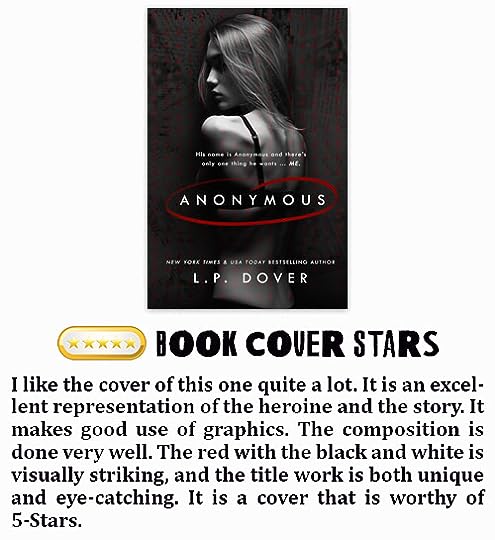 ~WRITING – PLOT – PACE~
I really don’t have a lot to say about this book. It was a quick and enjoyable thriller. The writing was great. It was fast paced. It was told in dual POVs (the majority being from Ellie). The plot was engaging and kept me turning the pages. That said, I pretty much figured out who the baddie was very early on. Last, it was all wrapped up in a sweet epilogue.

~HERO~
JAKE…Jake was a great hero. A sweet husband. He was devoted. He was hot. He loved Ellie.

~HEROINE~
Ellie…Ellie was also a great character. Maybe a little annoying with the whole “keeping the texts a secret” thing. But she was a sweet person. Loved Jake. She was a great friend. I don’t really have much to say about either character as the book starts with them already happily married for several years. 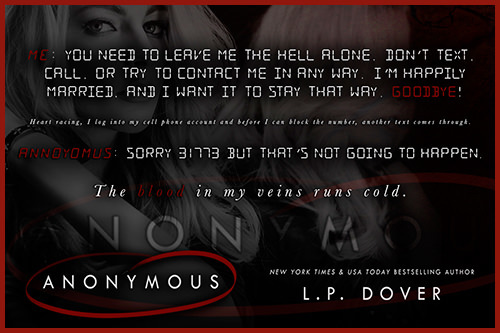 ~SECONDARY CHARACTERS~
This book is fairly light on secondary characters. There are a couple that play significant roles and I enjoyed them both. I’d love to see Vicky get her own book as well as someone else who I won’t name as to avoid any spoilers (lol).

~HEAT LEVEL~
Low to medium. There were some suitably spicey scenes in this one and the frequency felt organic to the story.

~ANGST LEVEL – SEXUAL HISTORIES~
High…mystery wise. Low…relationship wise. Of course, we have someone stalking this couple and so the things that happen to them creates a lot of angst along with the mystery of who is doing it. As I mentioned above, this couple is already married (for several years), so there is zero relationship angst. Neither were virgins (obviously *lol*). There was no OW drama. There was a bit of OM drama.

~IN THE END~
I enjoyed it a lot. The writing was great. The plot held my attention. The characters were interesting and likable. I was a tiny bit bummed that I figured out the twist early on. Personally, I thought it was a bit on the obvious side, but that is just me. I am also kind of curious if this couple has a previous book with the beginning of their relationship? I’ll have to poke around because I’d love to read it if they do. All in all, it was a great read so yours truly is going to give it two thumbs up.

Amazon     He’ll show her exactly what’s under his kilt.MollyThe first time I saw Mr. McGowan, he was walking into our class wearing a kilt. Our substitute professor, he was big and brooding, masculine, and had a sexy Scottish …READ MORE

AMAZON   One bite of the tofu chipotle burger at his latest venture capital investment and Rueger Marshall is hooked.  But not on the food.  On the sweet and clumsy waitress that is also about to find out just what …READ MORE

Hot Addiction #CominSoon Hot Addiction by Lynn Raye Harris will be releasing soon! We are 1 DAY away from this Sexy romance hitting your e-reader. Hot Addiction is already a #BestSeller in the #Amazon store! Add to ...READ MORE