Not all fantasies are safe, sane, and consensual. Welcome to the world of The Gallery…

Milo Fierro lives for two things, dominance, and music. At The Gallery, where depravity rules, he’s known for his passionate desires, but on the outside, he’s learned to hide beneath a veneer of dark-eyed professionalism. It’s too dangerous to be himself. Most women don’t understand.

Alice definitely doesn’t understand. Her father was his violin teacher for years, and now that she and Milo are adults, she thinks they can be friends. The girl he knew as “Lala” draws him in with her grace and kindness, unaware of his ugly, hidden side. He can’t touch her or even stand near her. He doesn’t dare reach out to her, no matter how much her talent and beauty inflames his lusts. She deserves better, deserves a man who’s nothing like him…

If only she wasn’t so impossible to resist.

I let out a tortured breath and pressed harder against her, body to body. If we weren’t clothed, I’d be inside her. I wouldn’t have been able to go for a condom. I would have just thrust inside her and ridden her without mercy. Gentle lovemaking? Fuck. Even with clothes between us, I could feel myself turning to a monster, wanting to devour her, consume her, possess her with rough, unrestrained passion born of too much longing. Years of longing.

Maybe I could restrain myself before I revealed the depth of my perversion, and destroyed our friendship for life. I pulled away, exerting the most effort I’d ever exerted in anything, missing her taste before our lips even parted. My whole body trembled at the physical agony of parting our bodies when I wanted her so much.

“Wait,” I said. I forced myself off the couch to kneel beside her. “Please, we can’t do this. If we start, things will go too far…” 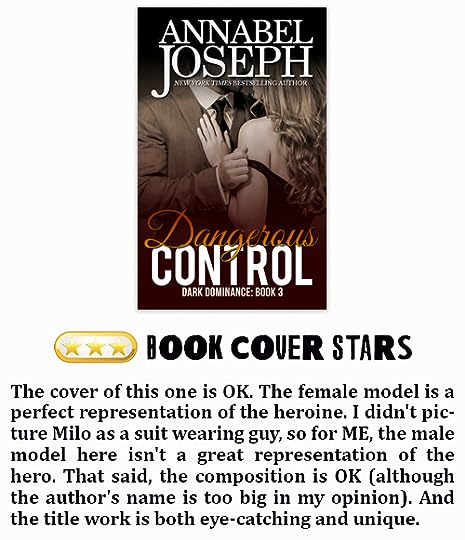 ~WRITING – PLOT – PACE~
I have enjoyed this series quite a lot, but this book was probably my least favorite of the three. I ADORE a good sadist, and in the first two books, Milo was just that. Alas, in this one, we barely get any glimpses of the Milo from the first two books. In fact, I kind of felt he spent most of this book being a whiny douche. That said, it was still a very well-written book. It was fast-paced and on the shorter side with it clocking in at just under two hours of reading time. It was told in a dual POV format. Last, it was all wrapped up in an OK ending. Being that this was the series finale book I was hoping for a further into the future look at all three of these couples. The ending I got was really just a happy for now which left me a little disappointed.

~HERO~
MILO…Sigh. Milo was OK. I preferred his character in the first two books. In this one, he came across too wishy-washy. Especially in his inner thoughts. I wanted him to be the bada$$ sadist he was in the first two books. That said, he had a few moments (few and far between as they were) that I got glimpses of the sadist Milo, so he wasn’t a complete wash. I also loved that he was all about Alice (no OW) once they reconnect.

~HEROINE~
ALICE…What can I say, I struggled with Alice’s character as well. I prefer my heroes to do the chasing so I got a bit annoyed with Alice doing all the chasing. I really wanted her to say; “You know what? You don’t want to try to have a relationship with me, fine. I’ll go find someone who will”. Obviously, there wouldn’t have been a book if that happened, but it would have been nice for Milo to at least ONCE be pushing for a relationship instead of Alice always throwing herself at him. C’est la vie. 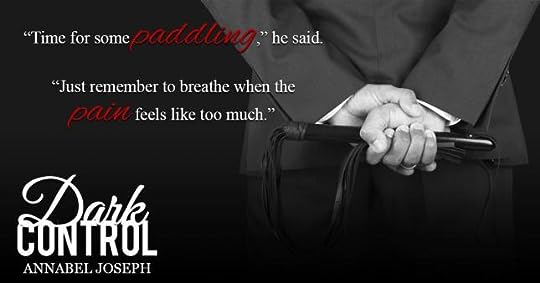 ~SECONDARY CHARACTERS~
There weren’t all that many secondary characters in this one. We see a little of both couples from the previous books. We also see a bit of both Milo’s and Alice’s parents, but this was a more main character driven book.

~ANGST LEVEL – SEXUAL HISTORIES~
Highish. Milo pushes Alice away a lot and is a jerk quite a few times. That said, there is no OW drama or OM drama. Milo is not with any other women after he reconnects with Alice. Although, he does go to the Gallery and attends a B-day party gang bang (but doesn’t take part). Neither were virgins. Just as a side note, can I just say how tired I am of the cliché “pushing 40 years old player that never had a serious relationship and sleeps with a different woman every week.” hero. <— If you are pushing middle-aged and still f-cking everything that walks having never had a single relationship, most women are not going to look at you with lust in their eyes. They are going to be wondering WTF is wrong with you (lol).

~IN THE END~
So yea, this one was a bit of a mixed bag for me. I enjoyed it, but it had quite a few things that left me MEH. I struggle with both main characters (especially Milo). Maybe my expectations got the better of me (shrug). That said, the series overall was pretty damn good. This author is a fantastic writer. This book was fast paced and the plot engaging. Therefore yours truly is going to give this one a solid thumbs up.