Today we have the blog tour for DIRT by Cassia Leo!

Check it out and grab your copy today!

Jack and I had everything. Then, in one brutal instant, the universe tilted on its side, discarding us into black nothingness.

Now, I have a cocky a**hole for a husband.

The only way we communicate anymore is when we’re fighting or f**king.

With nothing left to lose, I write Jack a goodbye letter and head for Portland, where I quickly meet a neighbor who helps me find a job.

My new neighbor—broody, tattooed ex-soldier Isaac Evans—is complicated. Nevertheless, we form a fast friendship, bonding over our mutual desire to create something beautiful from the wreckage of our lives.

But despite the distance between us, Jack and I are still trying to make things work—fighting and f**king dirtier than ever. And he doesn’t appreciate my new friendship with Isaac. Not one f**king bit.

Add the Evergreen Series to Goodreads

New York Times bestselling author Cassia Leo loves her coffee, chocolate, and margaritas with salt. When she’s not writing, she spends way too much time re-watching Game of Thrones and Sex and the City. When she’s not binge watching, she’s usually enjoying the Oregon rain with a hot cup of coffee and a book. 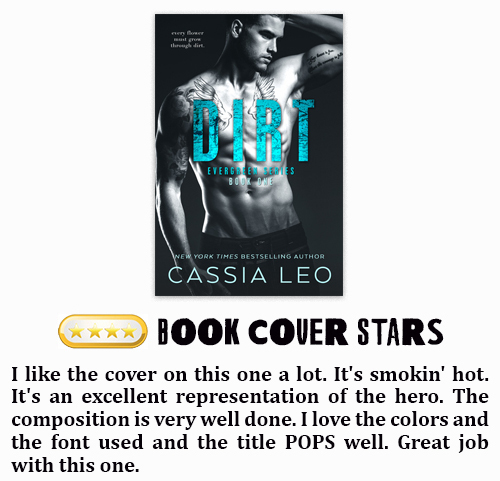 I am not sure how I feel about this book. I was expecting something dark, twisted, dirty and revenge like and that isn’t what this book was AT ALL. It was basically just a relationship on the rocks story with two annoying main characters, with a third (whose purpose is still unclear) thrown in. *shrug*

The writing was good. The pace was great. The plot was engaging but not very exciting. I kind of felt like not much really happened. It lacked intrigue. I wanted to read more about Jack’s hunt for the person who caused their tragedy. I dunno, it wasn’t boring per se, but I felt like I was just reading the day-to-day lives of two people who separate. Which didn’t make for the most riveting of reads. Perhaps it will pick up in the next book (fingers crossed). Surprisingly, I didn’t find this one very angsty. Oh sure there was a lot of acrimonious words hurled back and forth by the two main characters, but it never felt gut clenching. There was no OW drama. There is another man, and he causes some drama right at the end, but “I” wouldn’t call it OM drama in the sexual or even emotional sense. The sex scenes were hot and fairly plentiful.

The book isn’t heavy on secondary characters, and there is only one that plays a large part in the book. Issac was an interesting development. I am not sure at this point what part he will play and to what extent. There is a time jump of three weeks where presumably Isaac and Laurel form a friendship, but we see none of that which made Isaac’s character underdeveloped and made his feelings for Laurel unbelievable. That said, I am interested to see what the author plans to do with him in book two. Neither main characters were at all likable. I could go on for days about what an a$$hole Jack was, but suffice it to say I wouldn’t have shed a tear if he had taken a header of a very tall cliff never to be heard from again. I guess I was supposed to feel sympathy for the tragedy that befell them, but both had their heads SOOO far up their a$$es that all I felt was the urge to throat punch them repeatedly. Last, this one ends on a HUGE cliffhanger. I’m not sure how I feel about it. Part of me was thinking; THANK GOD…let’s make it a quicky so everyone can move on and heal.

So yea, a mixed bag with this one. I was disappointed that this didn’t turn out to be what I was hoping it would be, but I am intrigued to see where this author will go with this couple enough I will give book two a read. This one gets a thumbs up from yours truly.