“Managing his parents’ biker bar was never part of his plan, but after meeting Gia Caro, he’s beginning to think that’s exactly where he’s meant to be.”

Colton and Gia are from Until June

Colton Allyster is relieved to be back home. After a year of rehabilitation, losing his career as a Marine along with his fiancé, he’s had to learn quickly what’s really important. Colton grew up wanting to serve his country. Managing his parents’ biker bar was never part of his plan, but after meeting Gia Caro, he’s beginning to think that’s exactly where he’s meant to be.

Ever since Gia Caro arrived in the small, sleepy town of Ruby Falls, Tennessee, her life has spiraled out of control. Between losing her grandmother a little more each day to dementia, and her hot boss’s constant attention, her once quiet existence isn’t so quiet anymore.

After weeks of sidestepping Colton, things get out of hand, and before Gia knows what’s happening, she’s spending her nights in his bed and her mornings in his kitchen. And as he cleans out drawers and makes room in his closet, she starts to wonder if she’s falling too fast.

Aurora Rose Reynolds is a navy brat whose husband served in the United States Navy. She has lived all over the country but now resides in New York City with her Husband and pet fish. She’s married to an alpha male that loves her as much as the men in her books love their women. He gives her over the top inspiration every day. In her free time, she reads, writes and enjoys going to the movies with her husband and cookie. She also enjoys taking mini weekend vacations to nowhere or spends time at home with friends and family. Last but not least she appreciates every day and admires its beauty. 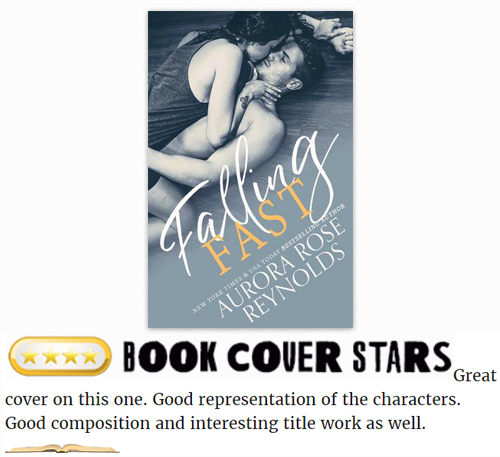 I enjoyed this one. It was classic ARR. Well written and well paced. The plot was engaging and kept me turning the pages. The sex scenes were hot. There was no angst or drama to speak of. No OM drama. Some OW drama (more about that in a bit). There was a nice array of interesting side characters, and both main characters were fairly likable. Colton was your typical ARR hero. Alpha. Hot. Sweet. All in from the start. Not much else to say about him, to be honest. He was a great hero. Gia was also very likable. She was sweet and kind. My only issue with her was I found her ridiculously naive at times. The whole boyfriend conversation had me rolling my eyes. Stuff like that inevitably ALWAYS makes the heroine look like an idiot (IMO). Lastly, this was all wrapped up in a very sugary sweet epilogue.

So the OW drama…sigh. I don’t know about y’all, but I for one am sick of absurd over the top cartoon villain OW drama in books. Can none of these heroes just have a normal ex?? Do they all have to be psychotic and ridiculous in what they do? I rolled my eyes SO much over the antics of Colton’s ex in this one. It didn’t overly bother me in the sense that it affected my rating, but I did find it distracting enough that I felt the need to mention it. *lol* In any case, even with that, I still enjoyed this one. So it gets two solid thumbs up from yours truly.

RELEASE BLITZ — PROPHESY, A King & Alpha Novel By A.E. Via

August is Romance Awareness Month and what better way to celebrate than to put some of our favorite romances from different genres on sale! Whether you are already a romance lover or new to romance reading you are sure to …READ MORE

Title: Single Dad’s Waitress  Author: Amelia Wilde  Genre: Romance            He’ll give her more than just the tip. RyderI’m not looking for love.I’ve been screwed over before, and it was the ...READ MORE

Today is our blog tour stop for Legally Charming by Lauren Smith! Grab your copy of this sexy new contemporary romance and follow the tour!   About Legally Charming THE RIGHT DRESS CAN CATCH THE ...READ MORE