A new career, a new place, and a new man—you’d think after the rough year she’s had, Isla has finally found her stride. Of course it’s never that simple. Some dreams she is building, some dreams are taken away before they have a chance to form. But she never imagined that the one thing she’s worked so hard to realize, could be the cause it all breaks apart.
Ben doesn’t miss his assignments, his life of deceit, or his unsavory associations—but they appear to miss him. Just as he’s beginning to think perhaps there’s redemption for him after all, his dark past casts a long shadow.—and not just on him, but on the woman who made him believe. 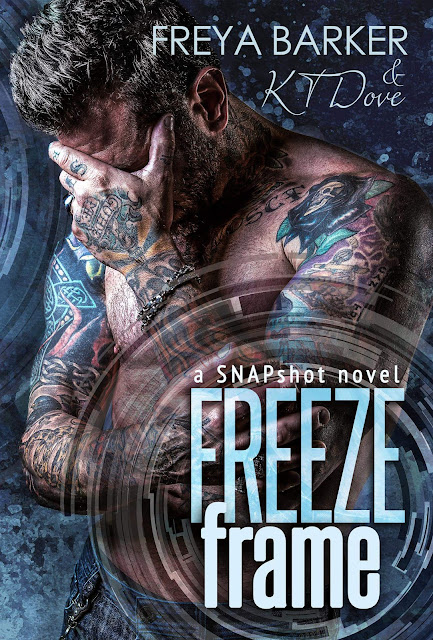 “Loved it. Lots of suspense and a strong Heroine, just like I love to read. Can’t wait for more of this series.” – Reader Review

“I loved the new story line. It is amazing. You will be blown away.” – Reader Review

“I love the re-entry of character’s past, and the addition of new characters. This is a MUST-READ in my book!” – Reader Review

“Are you watching?” he asks, keeping me once again in suspension as one of his hands slides from my belly, up between my breasts, and curves around my neck.
“I am,” I whisper, just as he drives up with force, stealing what little breath I have.
His pace is furious and I can’t tear my eyes away from our reflection. Ben’s head is down, his attention on the furious piston of his hips, and yet the touch of his hand on my neck stays gentle in contrast. A dichotomy, much like the man. Soft and hard in equal measure.

Freya Barker inspires with her stories about ‘real’ people, perhaps less than perfect, each struggling to find their own slice of happy. She is the author of the Cedar Tree Series and the Portland, ME, novels.
Freya is the recipient of the RomCon “Reader’s Choice” Award for best first book, “Slim To None,” and is a finalist for the 2016 Kindle Book Awards for “From Dust”. She currently has two complete series and three anthologies published, and is working on two new series; La Plata County FBI—ROCK POINT, and Northern Lights. She continues to spin story after story with an endless supply of bruised and dented characters, vying for attention!

KT Dove grew up, and still lives, in the Midwest. At an early age she developed a love of reading, driving the local librarians crazy, and would plan plot lines and stories for her favorite characters. KT received degrees in English, Speech/Drama, and Education. And yet instead of becoming an English teacher as planned, she opted for an unexpected HEA.

Now married, a mother and still an avid reader, she stumbled upon the Indie author movement and became involved on several levels. Never in her wildest imagination would she have thought she would co-author a book. With the support of her family, she took the plunge, adding writing to an already busy literary existence.
She wouldn’t have it any other way. 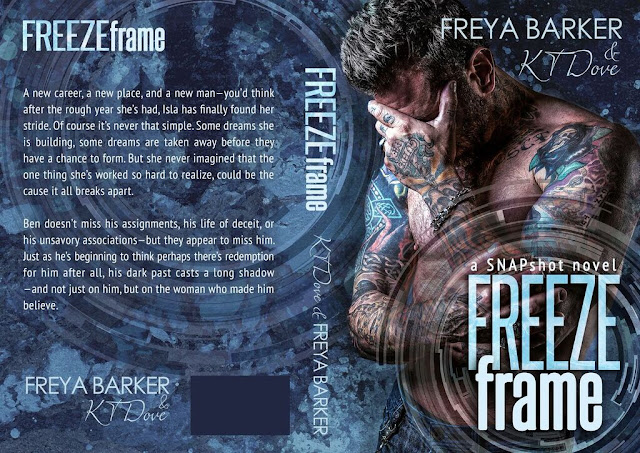 This is one of the best covers I have seen in awhile. Fabulous representation of the hero. It has great composition. The typography is unique and eye-catching. It makes great use of graphics. My only little niggle with it in the placement of the author’s names and the two different fonts used. Other than that it is pretty much perfect.

I have to say that I really enjoyed the heck out of this one. It was amazingly well written. The pace was meandering without being slow. The characters both main and secondary were likable and well developed. It wasn’t filled with a lot of drama or angst (couple wise.) It had some hot sex scenes and a cute little epilogue. I’m hoping we are going to get books with Stacie and Jen as well.

So why not a full 5-stars? I thought the direction the authors choose to go in drama wise was a bit cliché. I groaned out loud because I KNEW before it was even introduced in the book where this was going. I’m glad things turned out the way they did, though, so that softened my initial reaction. On top of that, there was one other thing I could have done without. I didn’t think the hero (or we the reader) needed that particular thing to have taken place. Considering it gets like two lines in the aftermath I would have preferred we had been left with what we had already experienced in the previous chapters.

Those were just minor things overall, though. So two thumbs up from yours truly

ALPHA SQUAD: Boot Camp By Lorelei Moone Alpha Squad #1 Publication Date: December 23, 2016 Genres: Adult, Paranormal Romance, Shifters Synopsis  It has only been a few months since humanity has found out about the shifters that live in their …READ MORE

Hundreds, Book Three in the Dollar Series by Pepper Winters, is available now!! Hundreds by Pepper Winters Publication Date: May 2nd, 2017 Genre: Contemporary Romance   SYNOPSIS “Elder is the most dangerous man I’ve met. Not because he can hurt …READ MORE

Today we have the gorgeous cover reveal for A Thousand Letters by Staci Hart! I love this fantastic new contemporary romance inspired by Jane Austen’s Persuasion. Check it out and grab your copy when it ...READ MORE