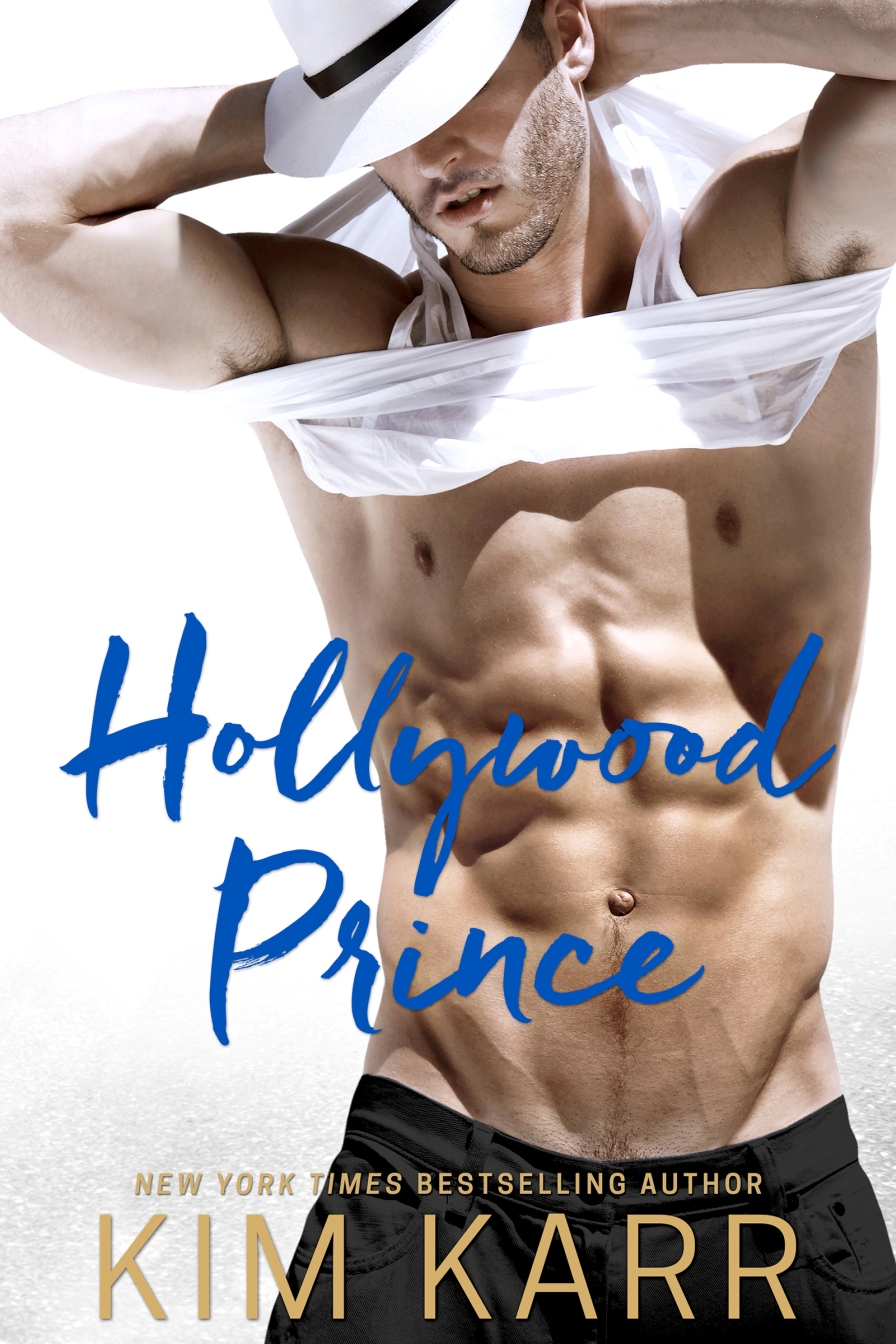 Born into Hollywood royalty, the brooding prince has a reputation as being a player. A manwhore. A womanizer.

Adoring fans are his thing.

His best friend’s little sister is not.

Even thinking about her the way he is isn’t cool.

Not cool at all.

And yet every time she pouts those sexy lips at him, she turns him inside out. Makes him harder than he’s ever been. Drives him to the brink of insanity.

Amelia Waters has always idolized her big brother, and the last thing she wants to do is disappoint him.

Falling for her brother’s ex-roommate is off-limits.

She knows this, but she can’t help herself.

The way Brooklyn looks at her with those smoldering blue eyes makes her wet in an instant. Turns her into a shivering, shaking mess of sexual frustration. And soon the idea of spreading her legs for him is the only thing she can think about.

When they finally decide to give in to their insane attraction, they agree it will remain between them. That their illicit affair will be short-term. No strings. No baggage. No messy ending.

But when the first night of mind-blowing sex leads to another, and another still, how long can the endless hookups go on before Amelia’s brother finds out? Or worse yet, before feelings develop?

Brooklyn and Amelia know they need to walk away from each other before either of those things happens.

The problem is doing it.

Talk about a mess.

Hollywood Prince is a sexy, standalone, contemporary romance about a bad boy and the off-limits girl who steals his heart.

Reader * Writer * Coffeelover * Romantic
Kim is a daydreamer. So much so that if daydreaming could be a hobby it would be her favorite. It’s how her stories are born and how they take root. An imagination that runs wild is something to be thankful for, and she is very thankful. 🙂
She grew up in New York and now lives in Florida with her husband and four kids. She’s always had a love for reading books and writing. Being an English major in college, she wanted to teach at the college level but that was not to be. She went on to receive an MBA and became a project manager until quitting to raise her family. Kim currently works part-time with her husband and with the rest of her time embraces one of her biggest passions–writing.
Kim wears a lot of hats! Writer, book-lover, wife, soccer-mom, taxi driver, and the all around go-to person of her family. However, she always finds time to read.
She likes to believe in soul mates, kindred spirits, true friends, and Happily-Ever-Afters. She loves to drink champagne, listen to music, and hopes to always stay young at heart.

Connect with the Author

Amelia Waters is looking for her “happily ever after” and if that means kissing a few frogs along the way it’s a small price to pay. That’s how she finds herself at a club on New Year’s Eve meeting a blind date her friend set her up with.

Amelia and Logan hit if off, but when she learns some disturbing information about her family she is on the next plane out to California to confront her brother. Once there she runs into Hollywood Price and bad boy Brooklyn James. Also know as her brothers BFF.

Sparks fly between Amelia and Brooklyn and they decide to throw caution to the wind and start a secret affair. No strings, no baggage, no messy ending. But good intentions don’t always go as planned and soon things start to get complicated. Can Amelia and Brook find their HEA or does Amelia’s destiny lie back in NY with good guy Logan??

This was one of those books that puts a smile on your face from page one and keeps it firmly in place for the entirety of the story. The writing was fantastic. The characters were likable. The sexual tension was off the charts. The sex scenes were hot. It was sweet. It was romantic. It had a bit of angst, and it had a heart melting epilogue.

Honestly, I don’t know what else to say about it. I simply loved every chapter, every page, every sentence, and every word of this one. Two HUGE thumbs up from yours truly.

RELEASE BLITZ — One by ES Carter

Title: One Series: Love by Numbers #5 Author: ES Carter Genre: MM Romance Release Date: December 1   One click. One perfect frame. That’s all it takes to capture an eternal moment; although most people let them pass by without …READ MORE

Toxic By Logan Chase Publication date: November 22nd, 2016 Genres: Adult, Romance, Thriller   BLURB Till Death Do Us Part Nathaniel Hayes is the type of man who takes what he wants without asking. Life ...READ MORE

COVER REVEAL — The Fortunate Ones By R.S. Grey

We are so excited to reveal the gorgeous cover of R.S. Grey’s next release, FORTUNATE ONES! This romantic comedy releases November 1st. See the cover and find out more about THE FORTUNATE ONES below!   ...READ MORE