Meet Sage & Kimberly in Until Sage by Aurora Rose Reynolds

Sage Mayson had Kimberly Cullen once, and the memory of that brief encounter has tortured him since the moment he pushed her away. He should have followed his gut, but he didn’t, and now he’s left watching the woman he wants more than anything from afar.

Kimberly vowed to protect her heart from Sage, but when her sister is murdered and her world starts to fall apart, he’s the one person she finds herself leaning on.

Getting a second chance is something Sage knows is rare. He’s not going to squander the one he’s been given, and he won’t take no for an answer when it comes to making Kim his.

But what Sage doesn’t know is Kim has a secret that could leave them both devastated and heartbroken.

“He apologized. Don’t you think you should do the polite thing and at least hear him out?”

“You don’t know, or you’re just too scared to find out what will happen if you do?”

“Do we have to do this right now?” I sigh, and he tosses his arm around my shoulders and pulls me into his side.

“We’ve been doing this for months now. I’ve seen the way you look at him when you think no one will notice, and I see the way he looks at you, not giving a fuck if everyone sees. Even when he thought you and I were a thing, he still made it perfectly clear to those who were watching that if by some chance he got a shot, you would be his.”

“I really think you are reading way too much into this.”

Aurora Rose Reynolds is a navy brat who’s husband served in the United States Navy. She has lived all over the country but now resides in New York City with her Husband and pet fish. She’s married to an alpha male that loves her as much as the men in her books love their women. He gives her over the top inspiration every day. In her free time, she reads, writes and enjoys going to the movies with her husband and cookie. She also enjoys taking mini weekend vacations to nowhere or spends time at home with friends and family. Last but not least she appreciates every day and admires its beauty.

LOVE this cover! One, it is SMOKIN’ HOT. The model on the cover is a really good representation of Sage. The composition is pretty good and the typography is unique and eye-catching.

I feel like I have been waiting FOREVER for this book. If you have read some of the other books, then you know exactly who Kim and Sage are, and you know the clusterfuck that tore them apart. I couldn’t wait for this one because I expected mucho chasing and groveling on Sage’s part for being such an asshole to Kim. Alas, it pains me to say if that is what you are hoping for you are going to be disappointed. That’s not to say the book was BAD. It wasn’t. It just wasn’t what I was expecting.

So the good. As always I very much enjoy this author’s writing. It has that whole alpha male…mine…claiming thing that I love. The pace of this one was good. I wasn’t bored or felt that need to skim, but there isn’t a whole lot of angst or drama. The couple reconciles pretty much from Chapter One, and for all intent and purposes, it is smooth sailing straight to the end. Oh, there is a bump or two, but it is resolved quickly. 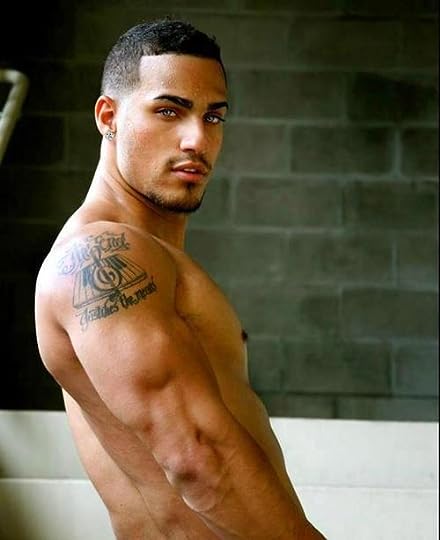 Both characters were likable overall. Kim annoyed me a tiny bit with her secret-keeping, but after the way Sage treated her I understood. Sage was a great hero. Like I mentioned I would have liked to have seen him groveling and chasing Kim. I would have liked to have seen some POV from him when he thought she had moved on to another man. But what we get is a very “all in” hot alpha male.

As always there were some great cameos from other couples that I enjoyed. The sex scenes were hot, but there wasn’t that many of them, to be honest. I expected the book to be more sizzling, but it certainly didn’t take anything away from my enjoyment of it. We also get a very sweet epilogue that wraps things all up. So, all in all, I did enjoy this one, but I think for me it would have been that much better had all the chasing, groveling, etc. not happened off the page and before the book started. Still, this one gets two thumbs up from yours truly.

Title: Sweet Spot Author: Stella Rhys Genre: Romantic Comedy/Contemporary Romance Cover Design: Sara Eirew Release Date: March 30, 2017   Blurb Our first meeting as neighbors was screwed from the start.He was hot. I was naked. And we had no …READ MORE

RELEASE BLITZ — Checkmate: This Is Love by Kennedy Fox

Tequila Healing by D.L. Gallie The Liquor Cabinet Series Publication Date: February 7, 2017 Genres: Adult, Contemporary, Romance BLURB Mike Mustange was always the happy go lucky, life of the party. That was until the unthinkable happened. He swore off relationships; until …READ MORE

Tycoon, an all-new standalone from Katy Evans is coming June 20th!   SYNOPSIS He wasn’t always this rich. This hot. This difficult. Aaric Christos was a guy who protected me. Wanted me. Maybe even ...READ MORE

COVER REVEAL — Bound to Me by Christy Pastore