They’ll need to get out alive before they can have a second chance at love. 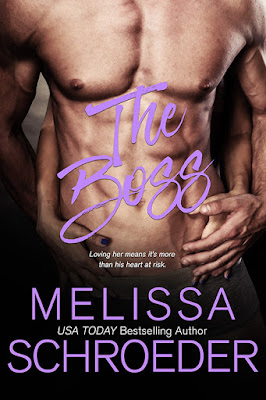 Sick of the spy game, former CIA operative Vic Walker takes time off from his security firm to figure out just what he wants out of life. But peace and quiet isn’t in the cards with a former business partner and ex-lover like MacKenzie Donovan.

Mac doesn’t like asking for help from anyone, but this latest case has her in a little over her head. She crashes back into Vic’s life with the CIA, the Russian Mob, and the FBI, on her tail after a job goes south.

But even as old feelings rise to the surface while they’re busy dodging bullets, the authorities, and mobsters, they’ll need to get out alive before they can have a second chance at love.

From an early age, USA Today Bestselling author Melissa Schroeder loved to read. First, it was the books her mother read to her including her two favorites, Winnie the Pooh and the Beatrix Potter books. She cut her preteen teeth on Trixie Belden and read and reviewed To Kill a Mockingbird in middle school. It wasn’t until she was in college that she tried to write her first stories, which were full of angst and pain, and really not that fun to read or write. After trying several different genres, she found romance in a Linda Howard book.

Since her first published book , Mel has had over 60 short stories, novellas, and novels published. She has written in genres ranging from historical to contemporary to futuristic and has worked with 8 publishers although she handles most of her publishing herself. She is best known for her Harmless and Santini series.

After years of following her military husband around the country and world, Mel happily lives with her family in horse and wine country in Northern Virginia.

Title: Damaged Goods Series: The Redemption Series Author: L. Wilder Genre: Romantic Suspense Release Date: June 8, 2017 SYNOPSIS   Nitro- With one look, she became my obsession.    There’s nothing I wouldn’t do to have her, even if that meant risking …READ MORE

Blurb: Uninhibited. Sarcastic. Confident. Beautiful. With a thriving photography career that allows her to travel all over the world and capture the hottest of men behind her camera lens, Cassie Phillips is the woman who ...READ MORE