~SYNOPSIS~
Emma left her career in corporate law to pursue her passion for criminal defense, but she can’t seem to catch a break. So when she lands an interview at a small law firm, she’s more than thrilled. But she has no idea what she’s in for.
Turns out it’s not just any law firm, and Henry—her new boss—isn’t exactly, well…human.
Apparently he drinks blood instead of coffee, and his client list consists of creatures that go bump in the night. But, the way Emma sees it, if she can get through law school, she can handle a few pothead werewolves and shoplifting witches. So she stays.
There’s just one thing she didn’t count on, and that’s catching feelings for her new vampire boss. Henry and his fangs become a temptation too hard to ignore, and no matter how hard she tries, she still falls for him.
Problem is, everyone knows office romances have the tendency to crash and burn. But when your boss is a bloodsucking lawyer, odds are it’s a disaster waiting to happen.

Nadia Diament writes paranormal and contemporary romance with equal servings of heat and humor. No stranger to a U-Haul, she’s lived in Arizona, South Dakota, and Washington, DC. She currently lives with her husband in Chicago, where she tinkers with fountain pens and loiters in coffee shops. Bloodsucking Lawyer is her debut novel.

The entire reason I signed up for an ARC of this book was because it sounded fun. A vampire lawyer who defends supernatural creatures? I mean…already I was in love with the premise. So did the book live up to my expectations? Mostly. The writing was great. I am confused on whether this is the author’s debut book or not. At the end on my ARC copy it implies it is, but she has other books listed under her name here on Goodreads. So it is confusing. Maybe they meant it was her debut in the paranormal genre. *shrug* 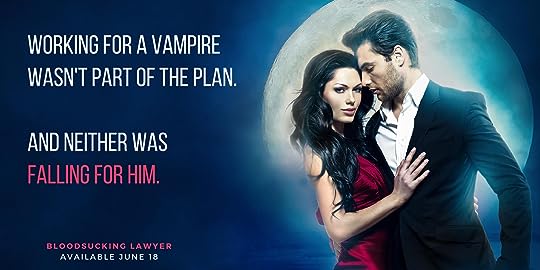 So as I said, it was well written. The pace was where I had most of my issues. It is a relatively long book, and I felt maybe a little TOO long. It moved a little too slow for me. Peculiarly in the romance department (75% before we get a sex scene). However, I still found myself engaged, and I never felt the need to skim. The plot itself was original. Humorous. Sweet. This book (IMO) was a set up book for the rest of the series. Especially with introducing so many fantastic and intriguing secondary characters. Werewolves. Vampires. Witches. Fairies. Ghosts. Wizards. There was no OW or OM drama, and the sex scenes were suitably hot. 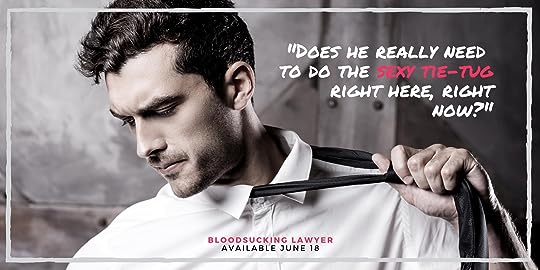 Both the main characters were likable (mostly). I’ll admit I didn’t love Emma (not a virgin…thankfully) for a little at the start. The whole “rice incident” I thought was rude and mean spirited. However, she quickly grew on me and I ended up liking her a lot. Henry was a super sweet hero. He wasn’t a manwhore (celibate for five years…yay) which was great. I’m exhausted by manwhores at this point. That said, Henry was also a BETA hero. At least he felt that way to “ME”. I like my heroes to be a little more alpha and dominate. But like I said, he was a super sweet guy, and I liked him a lot.Last, this one ends on a bit of a cliffhanger with the couple happy for now. I can only assume that this couple’s story will continue in the next book, and this reader is excited to see where this story is heading.

✰✰RELEASE BLITZ✰✰ Boots and Bedlam (A novella) By Ashley Farley