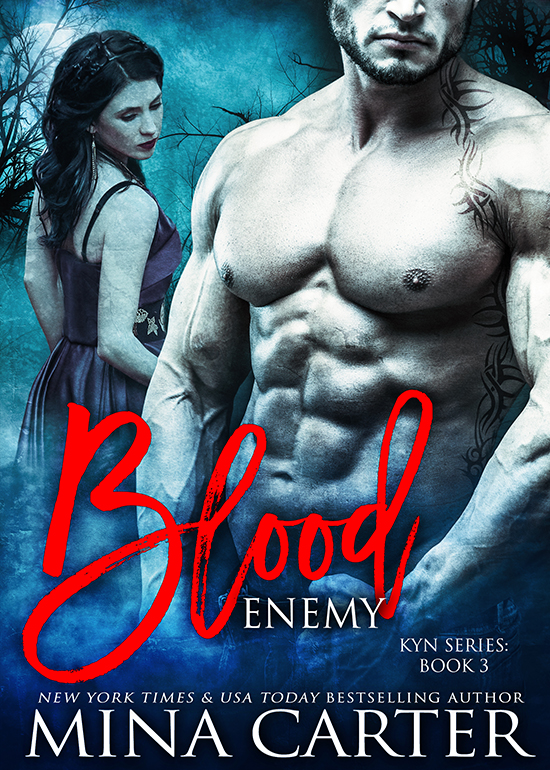 Feral doesn’t do babies. Or pixies. So when someone dumps a pixie baby of all things on his doorstep, he does the only thing he can think of. He tries to palm it off on someone else. Unfortunately his neighbor is out of town, leaving her sister, Tessa, to house-sit. Her single and disturbingly attractive sister. Which leaves Feral with a couple of problems, especially when a bunch of pixie ninja wannabes break into the place and try to steal the baby. Does he turn his back on the pixies, a race he’s always hated… or will Tessa cast her own spell on the strong, silent-type Kyn Warrior?

Mina was born and raised in the East Farthing of Middle Earth (otherwise known as the Midlands, England) and spend her childhood learning all the sorts of things generally required of a professional adventurer. Able to ride, box, shoot, make and read maps, make chainmail and use a broadsword (with varying degrees of efficiency) she was disgusted to find that adventuring is not considered a suitable occupation these days.So, instead of slaying dragons and hunting vampires and the like, Mina spends her days writing about hot shifters, government conspiracies and vampire lords with more than their fair share of RAWR. Turns out wanna-be adventurers have quite the turn of imagination after all…(But she keeps that sword sharp, just in case the writing career is just a dream and she really *is* an adventurer.)The boring part: A full time author and cover artist, Mina can usually be found hunched over a keyboard or graphics tablet, frantically trying to get the images and words in her head out and onto the screen before they drive her mad. She’s addicted to coffee and would like to be addicted to chocolate, but unfortunately chocolate dislikes her.

Title – Losing Grace: A Falling Away Stand-Alone Novel Author: Allie Little Genre: Contemporary Romance Release Date: February 12, 2017   Grace is on the run. With her marriage in tatters and a possessive ex-husband tracking her every move, Grace …READ MORE

COVER REVEAL — This Time Around By Stacey Lynn

This Time Around by Stacey Lynn A Love in the Heartland Novel Release Date: April 10th, 2018 Genre: Contemporary Romance     ~SYNOPSIS~ Cooper Hawke was everything I didn’t need. Rich and famous, and ...READ MORE

Today we have the blog tour for Ruthless by Gina Maxwell! Check out this fantastic sexy romance and grab your copy now!   About Ruthless People call me Ruthless for a reason. Whether I’m in ...READ MORE