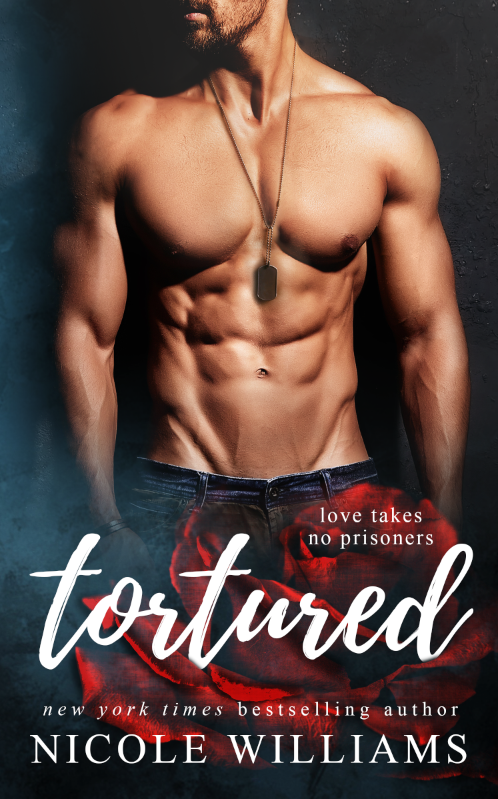 When he left for a twelve-month deployment, she knew it would feel like forever before they saw each other again. She didn’t realize how right she was. When Lance Corporal Brecken Connolly gets taken as a POW, Camryn hopes for the best but steels herself for the worst. In the end, steel was what she needed to survive when he didn’t. She moves on the only way she knows how—gilding herself in more steel. Years go by.She builds a new life.She leaves the old one behind. Until one day, she sees the face of a ghost on the news. Brecken seems to have risen from the dead, but she knows she can’t perform the same miracle for herself. While Brecken was held in a torture camp for the past five years, she’s been trapped in her own kind of prison. One she can’t be freed from.   The man she mourned comes back to join the living, but the girl he wanted to spend his life with isn’t the same woman he comes back for. Brecken isn’t the same person either. The past five years have changed them both. While he’s determined to put the pieces back together, she’s resolved to let hers rot where they shattered.

Broken or not, Brecken wants her back. He’ll do anything to achieve that. Even if it means going against the warden of Camryn’s personal prison—her husband.

Then his hands cupped around his mouth, and he dropped his head back. “I do, too!”


His voice echoed across the parking lot, earning the attention of more than just me.
That was it. He climbed the stairs, turned the corner, and disappeared inside the bus. I wouldn’t see him for a year. I might not see him ever . . .
My jaw tensed as I put a stop to that train of thought. Wedding vows and rings were the last things on my mind as his bus lurched away from the curb.
“Just come back to me,” I whispered to no one. “Just come back.”

Nicole Williams is the New York Times and USATODAY bestselling author of contemporary and young adult romance, including the Crash and Lost & Found series. Her books have been published by HarperTeen and Simon & Schuster in both domestic and foreign markets, while she continues to self-publish additional titles. She is working on a new YA series with Crown Books (a division of Random House) as well. She loves romance, from the sweet to the steamy, and writes stories about characters in search of their happily even after. She grew up surrounded by books and plans on writing until the day she dies, even if it’s just for her own personal enjoyment. She still buys paperbacks because she’s all nostalgic like that, but her kindle never goes neglected for too long. When not writing, she spends her time with her husband and daughter, and whatever time’s left over she’s forced to fit too many hobbies into too little time.

RELEASE BLITZ — Beneath The Truth By Meghan March