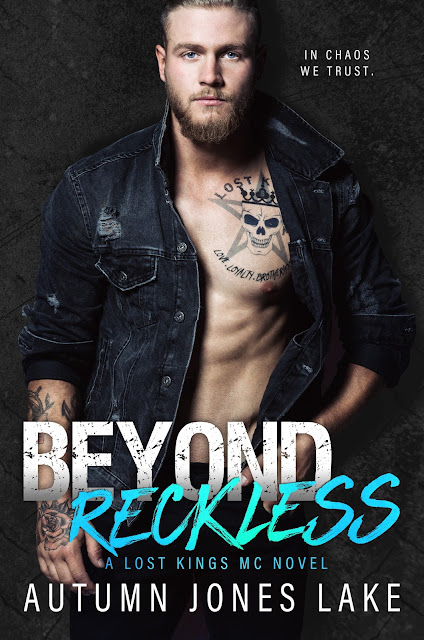 Marcel “Teller” Whelan, Treasurer of the Lost Kings MC, has always been two things—honest and responsible. At ten years old, he was already taking care of his baby sister. At eighteen, he patched into the Lost Kings MC and took a major role in shaping the club’s future.

Three years ago, he thought he’d met the perfect woman, only to have her reject everything he is—a Lost King.
One bullet is a lifetime supply.
Now, after an accident that left a girl dead and Teller almost crippled, he’s struggling through the darkest time in his life. His niece, sister, and Lost Kings MC family are the only things holding him together, but his reckless actions are bound to drive everyone away.
Then, in the most unlikely place, he crosses paths with her again. The woman he once thought might be his perfect match.

Sparks fly for both of them. She’s the ride-or-die woman he needs, able to calm his many demons and bring the light back into his life. But she has a secret—one that forces him to lie to his brothers.

In chaos we trust.

When Teller’s brothers find out who he’s falling in love with, it will create a storm of chaos for the Lost Kings MC. But if there’s one thing Teller’s turbulent life has taught him, it’s that sometimes love is worth the chaos.

Beyond Reckless is the 8th book in the popular Lost Kings MC series, but can be read as a standalone.
~PRE-ORDER~

Teller’s girl is a secret for now, so this is a short, edited excerpt.
The primal need to protect my little sister at all costs kicked in.
My vision blurred around the edges. Absolute fury at the thought of this woman fucking with my life because she had some stupid notion about who I was.
I leaned over her and she arched her body to keep her face away from mine, thrusting her breasts up. The position made me want to slide my hands under her skirt, yank her underwear around her ankles and hate-fuck her against her car. In broad daylight, where everyone in the area could watch the filthy biker claim her body.
Because in that moment I really fucking hated her for what she was forcing me to do.
“I’m all my sister has.” Each word slid out low and laced with enough menace to drain the color from her cheeks. “If you make trouble for us, you will regret it.”
Afraid or not, she had enough moxie to glare back. “You’re threatening me while trying to convince me you’re not a criminal? Seriously?”
I pulled back a few inches. “It’s not a threat.”
Her lower lip trembled and I felt lower than scum, but this wasn’t about me and it was too important to be distracted now.
Anyway, she’s the one who pushed me to this.
“It’s…there’s nothing I can do,” she finally said.
“That’s right. Forget about us.”
Her bright blue eyes snapped with anger. “Fuck you,” she spat.
Brave woman.
“Would’ve been happy to, darlin’.” I slipped the keys out of her hand and opened her car door. She avoided looking at me as she slid into the seat without our bodies touching.
She held out her hand for the keys, but I kept them just out of reach for an extra few seconds. “What are you going to do?”
The glare she sent me could’ve melted ice. “Nothing, Marcel. I won’t do a damn thing.”
“Good girl.”
She flipped me off.
I tossed the keys in her lap and walked away.
~PLAYLIST~ 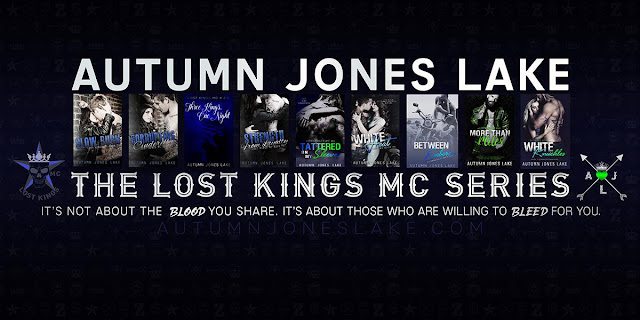 ~MEET THE AUTHOR~
Autumn was born and raised in Upstate, New York. She spends her free time listening to music, going to concerts and spending time with her family. She enjoys reading, writing, acting and horror movies. Her favorite books are mystery, thrillers, horror, romance, erotica and urban fantasy.

Title: Rhys Author: D.B. James Genre:  Romantic Suspense Release Date: February 23, 2017    SYNOPSIS  He has everything planned… except her. Rhys lives a life of solitude — one he’s perfectly content with. That is until his friend Vinny is …READ MORE