He conquered an Empire – and she’s next.

He is known as a ruthless barbarian by many. They are not wrong. His savagery has made him Emperor and now it will secure him his mate.

Omegas have gone missing over the past century, but that will not stop Emperor Drocco from finding his. He enlists the help of renowned historian, Cailyn, a strong-willed Beta female. She is not at all a suitable mate for an Emperor… but the longer he spends in her company, the more she stirs something within him like no one other ever has.

Soon, his urge to dominate the defiant female threatens his control, and he begins to wonder if perhaps she’s worth claiming as his own.

She was prepared for his arrogance and wild nature, but not for his perceptive intelligence or the effect he would have on her.

Knowing her life would be over if Emperor Drocco ever discovered she was an Omega, Cailyn plans to conclude her mission as a historian as soon as possible.

However, when she underestimates him, she is trapped in a dangerous struggle to protect her freedom, while every instinct she has tried to deny since she first saw the powerful Emperor, is unleashed.

Crave to Conquer is an explicit reading experience from sexual scenes to violence and language. Includes disturbing situations and romance of a dark nature. For readers aged 18 and over.

As he sat down, he saw Cailyn enter. He couldn’t take his eyes from her as she threaded through the crowd toward him. He almost held his breath as he stared. The woman was utterly gorgeous. Her hair had been swept up again revealing that delicate neck, and the dress clung to every delicious curve. Finally, he could see her luscious figure in detail and it had been worth the wait. With the cut of the dress revealing the tops of her shoulders, her simple elegance seemed out of place among the raucous crowd.

His guards let her through at his instruction and she climbed the platform and stood before him, her head low.

“I’m not pleased you had to be summoned, kitten,” he said, lifting his ale and keeping his eyes on her.

“I’m sure you can understand I wasn’t eager to attend, considering your plans to…” Her voice petered out, her head lifted and her eyes widened, an expression of horror seeping into her face.

Drocco frowned, confused, and then a scent hit him. A rich, luscious, sublime scent, like nothing he had smelt before. It penetrated every part of him, causing a yearning so powerful that suddenly every fiber of his being switched to high alert.

Drocco ignored her and leaned forward, trying to decipher what he was experiencing. A fog began to swamp his mind, and the only clear thought emerging was that he needed that scent—it belonged to him. He turned his head slowly seeking it out and then snapped back to Cailyn. It was her.

Cailyn glanced around wildly as she backed away, her whole body tense and poised to bolt.

Drocco rose slowly, every inch of him aware of every inch of her. A raw hunger developed as he took in her terrified expression, her scent blossoming into an aroma so enticing, so complex, his cock hardened to rock. At the same time, the guards behind her began to turn and look at her, their nostrils flaring. 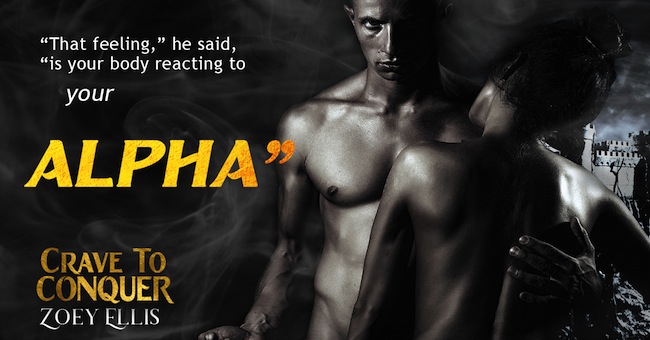 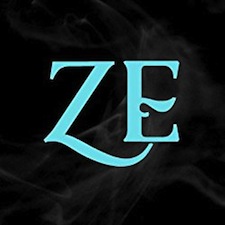 Zoey Ellis writes dark-edged, speculative romances bursting with passionate, carnal steam. She loves tortured, possessive, alpha heroes and is obsessed with exploring love in its raw form, and how that can manifest in different circumstances and settings.

Her goal is to build a catalog of thrilling, sexy, fantastical romances that come complete with roller-coaster experiences, unique worlds, and happy endings.

Zoey is a Londoner, a bookaholic and a proud collector of OTT possessive book boyfriends she won’t share.

★★★ SALE ALERT★★★ Salvatore by Natasha Knight is on sale for only 99c! #OneClick #DarkRomance PURCHASE LINKS Amazon Universal: http://mybook.to/Salvatore Amazon US: http://amzn.to/29I8epk iBooks: http://apple.co/29BWiu5 I was his, and he was mine. My very own monster. SYNOPSIS Lucia It all started with a contract …READ MORE

Title: Guarded Heart (Game Time Series #2) Author: S.M. Donaldson Genre: Mature YA Romance Available on Amazon, Barnes & Noble, KOBO and iTunes Welcome to the time where memories are made and hearts get broken. Raven Quinn has always been …READ MORE

Suddenly Us By Marie Skye Publication Date: April 2017 Genres: Adult, Contemporary Romance Gwen Love. Who needs that? Who would want that? Who hasn’t had their heart split in two, because they were never their ...READ MORE