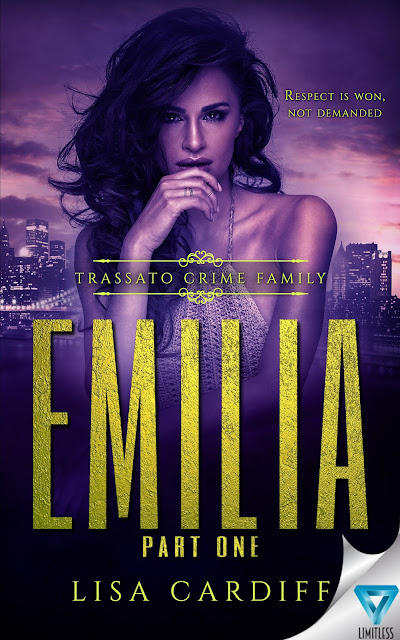 But what I want doesn’t matter now that I’m caught in a tug of war between two men in the dangerous world of organized crime.
Marcello Masciantonio is the man my father expects me to marry. He wants me because I’m the daughter of Dominick Trassato, New York’s most powerful crime boss. He says he’s my future, and I want to hate him, but I can’t deny the spark that burns between us.
Salvatore D’Amico is perfect. He supports me. He understands me. He’s willing to betray my father and give up his family to have me. He doesn’t care about the power that comes with being part of my family. He wants me for me.
My choice is simple, right?
Wrong.
Everyone has an agenda, including Salvatore and Marcello, and just when I think I have everything figured out, I realize I don’t know a damn thing.
Truths are lies. Freedom is lonely. But worst of all…
My love triangle is actually a hate triangle. 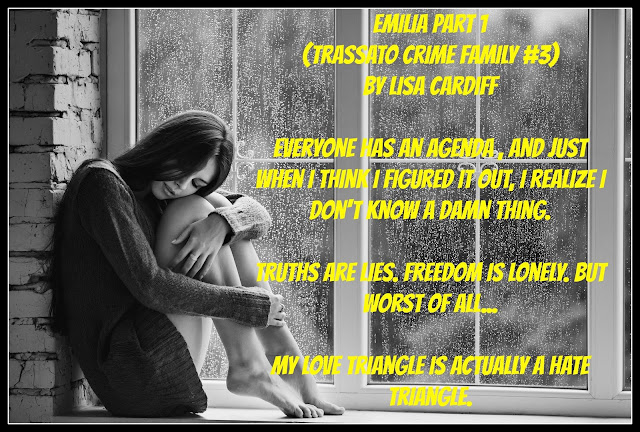 Marcello placed his hand on my lower back and guided me forward.

I let him because I didn’t have a choice. From the minute my eyes collided with his, I felt as if a tornado had swept into my life and flung me around without regard for the consequences.
When we entered the great room, my heart was still pounding, and my muscles were doing a good impersonation of overcooked noodles. At least a hundred sets of eyes gawked back at me, but the only one I could see was Sal.
Marcello’s arm shifted, sliding around my hip, pulling me tight to his side. He grinned down at me with a look I could only describe as possessive. Then his gaze cut to Sal and the air buzzed with unexpected tension.
I didn’t have time to dwell on it because my father handed Marcello and me a glass of champagne and stepped forward, his hands raised in the air. “Family and friends, it is with great pleasure that I announce my beautiful daughter’s engagement to Marcello Masciantonio. From the moment, I met this man, I hoped he’d make a wonderful partner for my Emilia. From everything I’ve heard, he is loyal and smart. I’m overjoyed he’ll be my son soon. I know my wife would’ve felt the same. Salute.”
The clinking of glasses echoed through the room, and I stood in front of everyone who was anyone in my life, completely unresponsive and lightheaded. A toxic concoction of panic, dread, and restlessness seeped into my veins, and I painted a nauseatingly fake smile on my face. As best as I could tell, no one noticed or cared. They saw what they wanted to see—a compliant daughter accepting her fate.
“To my beautiful fiancée. I can’t wait to start our life together.” Marcello tapped his glass against mine and I lifted it to my lips, letting the sweet bubbles pop on my tongue before sliding down my barren throat, nearly choking on it and the strange reality of life.

He set our glasses on a nearby table and cradled my face with his big calloused hands, a diabolic gleam in his eyes. Where his hard body touched mine, my skin became hot, needy. In retrospect, I should have given him what he wanted in my dad’s office, and maybe he would have spared me from making a scene in front of everyone. Apprehension clawed up my chest, and I shook my head slightly, hoping I could convince him not to kiss me when I couldn’t fight back without turning this whole party into a spectacle I’d never live down.
Rather than yielding to my not so subtle plea, he tightened his hold on me, and his lips slanted against mine. I stiffened, and he whispered against my mouth, “Relax and put your arms around me, little Emilia. It’s only a kiss. I won’t hurt you, and you won’t hurt me since you promised to keep your biting tendencies in check.”
My mouth parted at his joke, and he took advantage. His tongue thrust inside, kissing me, teasing me. I whimpered, and my arms tightened around his shoulders like he was the only thing keeping me standing.
My stomach danced, and my nipples hardened. Every brush of his lips or curl of his tongue turned my world upside down. All the reasons why this was a bad idea slipped my mind, and all I wanted to do was drink in everything he had to offer, damn the consequences. When we finally separated, my hands remained on his shoulders and our legs tangled like lovers. Marcello smirked, and I shut down from what could only be shock.
Light, tittering laughter pierced my kiss-induced haze, reminding me where we were. The implications of what I’d done settled deep into my bones and flames licked my face. I elbowed him, desperate to regain my sanity and keep this man at arm’s length. My eyes flitted sightlessly around the room, seeking out Sal, and he was nowhere to be found.
I inhaled deeply, shoving away the guilt taunting me. Sal knew how I felt about him, and he understood what I needed to do to make the future we planned together a reality. Both of us had to play this role for another month, then we’d be free to do whatever we wanted. No price was too high for our freedom. We could do this. A few kisses wouldn’t change anything. 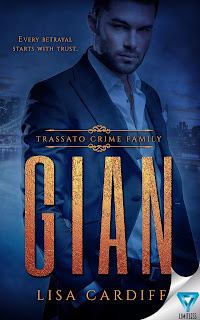 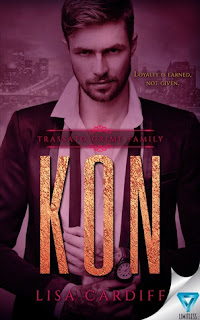 After spending years practicing law and running a real estate development company with her husband, Lisa decided to pursue her dream of becoming a writer and she must confess that inventing characters is so much more fun than writing contracts and legal briefs. A native of Colorado, she lives with her husband and three children in Denver.

○ ○ ○ ○ ○ ○ You probably won’t like me very much. In fact, I’d venture to say that you’ll likely hate me. I get it. The hardest part for you though is that you’re going to hate yourself …READ MORE

Title: Fated Reunion Author: Arabella Rose Genre: Contemporary Romance Release Date: March 1   He was my first love, he was my everything. That was until he wasn’t. I had loved him since I was young, and all I knew …READ MORE

The Hawks By SD Hendrickson

Her By Britney King

Title: The Necromancer’s Bride Author: Brianna Hale Genre: Dark Fantasy Romance Release Date: October 20, 2018   ~SYNOPSIS~ When I was a child he brought me back from the brink of death. Since that day ...READ MORE