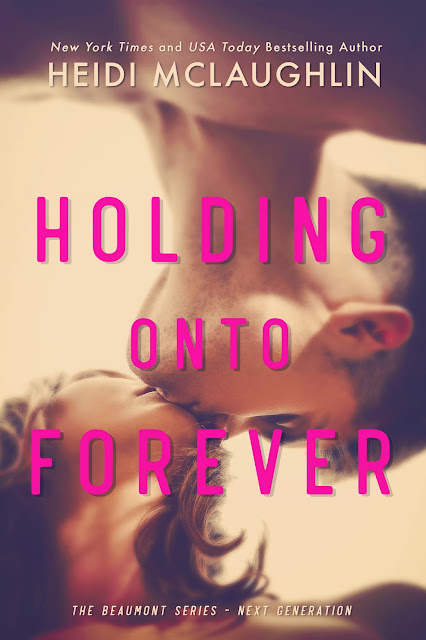 The road for Noah Westbury has been carved out for him, long before he knew who his father was. Making sure he worked hard to deserve the opportunities provided to him, Noah is exactly where he dreamed of being – starting QB for Portland Pioneers. Together with a Victoria Secret’s model girlfriend by his side, life couldn’t get much better. Except for the fact that standing in his path is Peyton Powell-James, his life-long friend and the one woman he can never have.

Peyton Powell-James always knew her future would be in football and dreams of having a successful sports journalism career once she graduates college. After being given an assignment to cover a professional game from the sidelines, Peyton believes that everything is going to plan until one fateful night changes her life.

Harsh reality sets in for Noah and Peyton. One could lose everything, while the other one struggles to keep the families together.
~PRE-ORDER TODAY~

~MEET THE AUTHOR~
Heidi is a New York Times and USA Today Bestselling author.
Originally from the Pacific Northwest, she now lives in picturesque Vermont, with her husband and two daughters. Also renting space in their home is an over-hyper Beagle/Jack Russell, Buttercup and a Highland West/Mini Schnauzer, JiLL and her brother, Racicot.
When she’s isn’t writing one of the many stories planned for release, you’ll find her sitting court-side during either daughter’s basketball games.
Heidi’s first novel, Forever My Girl, will be in theaters on October 27, 2017, starring Alex Roe and Jessica Rothe.

? ? ? ? ? ? Some things in life were inevitable; death, taxes, and lying, whoremongering men. One woman would never be enough for one man. So I traded in men for a Harley. Nothing beats that kind of …READ MORE

COVER REVEAL — How to Date a Douchebag: The Failing Hours by Sara Ney