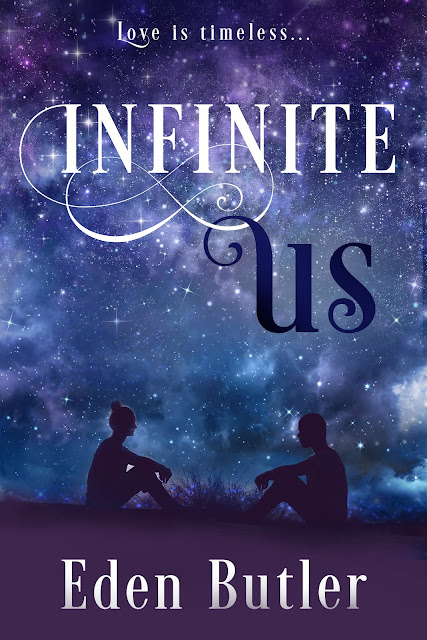 Love is timeless…
Nash Nation loves zeroes and ones, over-sized monitors and late office hours. He’s too busy taking over the world to make time for relationships—that is, until his new neighbor Willow O’Bryant barges into his life, and now Nash can’t shake the feeling that this isn’t the first time she’s interrupted his world.
Then, the dreams start. And in the dreams—memories.
Memories of a girl named Sookie who couldn’t count on love or friendship, never mind forever. Memories of a library and a boy called Isaac and secrets made in private that destroyed his world.
The memories seem real, but who do they belong to?
When Nash and Willow discover the truth, life as they know it unravels.
The bridge between this life and the next is shored up by blood and bone and memory. Sometimes, that bridge leads to the place we’ve always wanted to be.

Eden Butler is an editor and writer of Mystery, Suspense and Contemporary Romance novels and the nine-times great-granddaughter of an honest-to-God English pirate. This could explain her affinity for rule breaking and rum.
When she’s not writing or wondering about her possibly Jack Sparrowesque ancestor, Eden patiently waits for her Hogwarts letter, edits, reads and spends way too much time watching rugby, Doctor Who and New Orleans Saints football.
She is currently living under teenage rule alongside her husband in southeast Louisiana.
Please send help.

Today we are sharing an excerpt reveal for SWEET UGLY LIES by Nazarea Andrews. Sweet Ugly Lies is an adult contemporary romance, standalone novel, that is the third book in the Green County series. The book will be released next …READ MORE

Title: The Scars Keeper Author: Scarlet Wolfe Genre: YA Romance Release Date: November 16     Avery My scars are mine alone. They’re the validation of my pain. The anxiety, anger and sadness I bleed. ...READ MORE