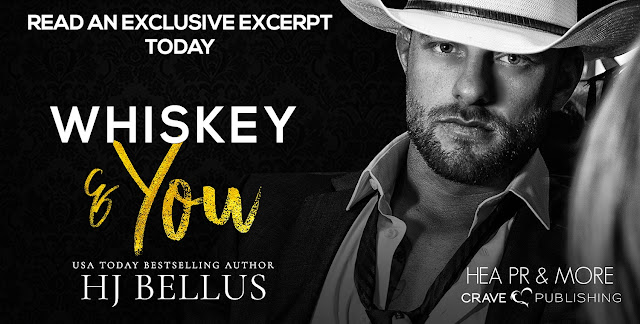 WHISKEY & YOU by HJ Bellus is set to release on March 20th.
Add this Romantic Suspense to your TBR on Goodreads today!
http://bit.ly/WhiskeyAndYouTBR 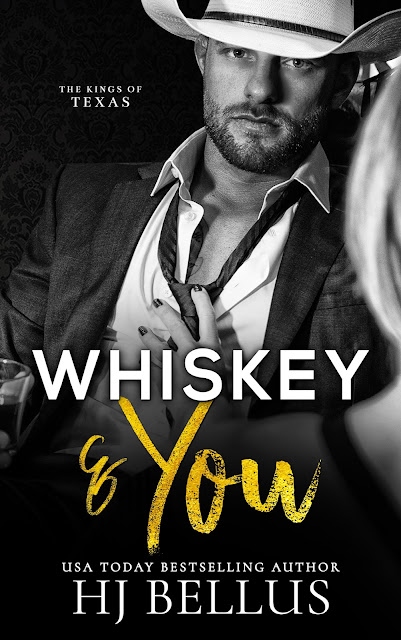 ~SYNOPSIS~
Sometimes it’s the hero who ends up needing a lifeline…
Jack Jarvis York is a ruthless and vindictive oil tycoon who knows no boundaries when he’s been double-crossed. Debtors beware. He’ll slit your throat for a nickel. And make no mistake, he will collect.
You never screw with a man’s pride, money, or oil. It’s Texas Law. Unwritten, yet gospel. They don’t call him the king of Texas for nothing.
When a debtor can’t come up with his money, JJ takes his wife as collateral…
What starts out as a trade-off between bitter men turns into an emotional collision of desire and forbidden love so dangerous, it threatens to destroy even the strongest of empires.
No amount of money will ever rebuild everything that’s been shattered. Jack is left standing in the middle of his own chaos.
Greed and power are the least of his worries now. Death is knocking on his front door, wanting to collect.
The woman he’s given his heart to just might become his collateral this time around. Past sins may trump everything… 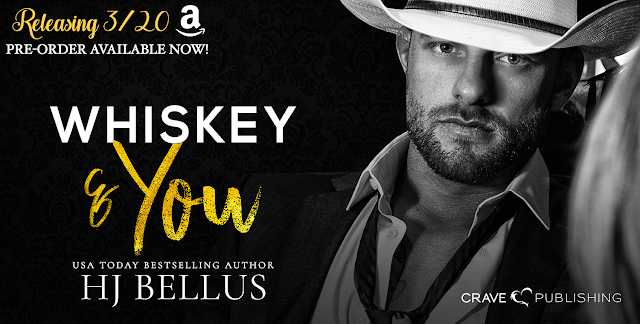 You went home alone again last night, Boss?” Kemp leans back on the truck, crossing his arms with his dark aviators covering his steely eyes.
I drain the rest of my black coffee and toss the cup on the ground. I match his stance, leaning back on my Ford truck. “Last time I checked, you ain’t my fucking babysitter.”
We both continue to stare ahead while holding a conversation. “You gotta get over her. We are worried about you.”
“Again, don’t need no damn babysitters. I am over her.” It’s a lie, point blank. I miss Whitley, and it’s only been a handful of days. She was my companion, and I realize more than ever all this sorrow is over the fact I don’t like being lonely.
“Yeah, keep telling yourself that, Boss.”
All of my employees know damn well how Whitley was my world. I protected her, and she flourished. Hell, they’d been under strict instructions for years not to let one hair on her pretty little head get touched.
“It ain’t like that, and you damn well know it. I just miss her. Worry about her.”
He stands up and pats my shoulder. “You’re doing the right thing. You gave her the world, and now it’s time for her to make it her bitch. A little lady will come along for your ugly ass.”
I smirk and flip him the bird. Bastard knows I’ve always been the better-looking one and hasn’t been able to live that shit down. I notice a cloud of dust rolling down the road; it’s about show time.
“You gonna tell me what you found on this slimy bastard?” I pull down my aviators and watch as our company nears.
“Nope. Can’t wait to see the shock on your face.”
“Bastard.”
We stand side-by-side, arms crossed over our pristine white button-up dress shirts and sleek black suit coats. Dressing the part is always high on my priority list. Gotta dress the part every single day to be taken seriously. A lesson I learned from Preston.
“I am trusting you, man.”
Kemp snorts and throws his head back in laughter. “J.J., you could ask for anything after I drop this little bit of news.”
I turn my head and raise an eyebrow. “Anything?”
He nods. “We could have his nuts on a silver platter if you’re into that kind of thing.”
We face back to the road, the dust cloud getting closer and closer as the seconds tick. Kemp has always been my best friend and right-hand man. I trust him with anything in my life, and I’ve never seen him with a shit-eating grin like he’s sporting now.
Kemp is the techie of our operations, the king dweeb when it comes to technology and codes. Better than any private investigator I could hire. I’m the front guy keeping everything running like a well-oiled machine. Together we’ve proven we are an unstoppable duo.
Kemp knows Jordan has been on my radar for a long fucking time now. Once you land a spot on my radar, the next plan of action is to take everything you have and destroy you.
The parade of trucks roars past us, each of them without a second glance, until the last one. A massive silver GMC truck screeches to a halt, and none other than Jordan Vincentino leaps out. He slams the door behind him like he’s some goddamn king or something. He’s scared. I can sense it. This bastard may be smarter than I give him credit.
I don’t flinch or even acknowledge him. I remain standing with my hands crossed over my chest with my no-shit attitude printed clear for anybody to see.
“Two days in a row. What’s the honor, York?”
Jordan kicks up dirt with his expensive alligator skin boots as he nears me. I shrug. I’ll let Kemp do the talking until I know where we stand on this whole situation. Kemp uncrosses his arms and takes a step toward Vincentino.
I have to give it to the guy because he doesn’t flinch or back down. Kemp is one of the biggest sons of bitches I know. Played all four years of college football on the defensive line for Alabama and is still in the same shape. He could walk on an NFL field and kick ass in his current condition. I have him in the looks department, but he’d destroy me when it came to a fist-to-fist battle. 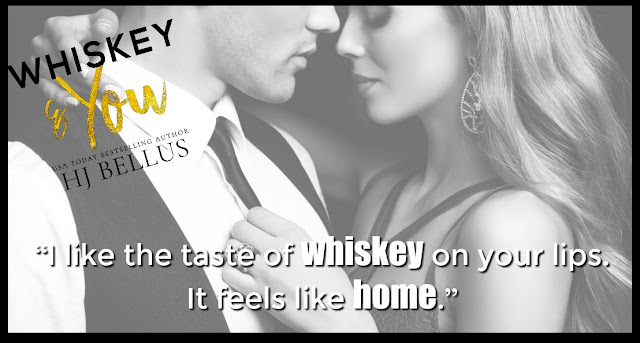 HJ Bellus is a small town girl who loves the art of storytelling. When not making readers laugh or cry, she’s a part-time livestock wrangler that can be found in the middle of Idaho, shotgunning a beer while listening to some Miranda Lambert on her Beats and rocking out in her boots.

Amazon iBooks Nook Kobo   The Fallen: Genesis is a prequel novella in The Deadly Virtues Series and MUST be read before RAPHAEL (DV: book one). ***** THE FALLEN: GENESIS (A Deadly Virtues Prequel) IN THE BEGINNING… They told them …READ MORE

SYNOPSIS New York Times bestselling author, Sawyer Bennett, is happy to introduce a new Wicked Horse club in Las Vegas and you’re cordially invited to attend the grand opening… As the owner of The Wicked Horse, an elite …READ MORE

Today we have the cover reveal for DIRT and SEED by Cassia Leo! Check them out and pre-order your copy of DIRT today!   Title: Dirt & Seed Author: Cassia Leo Series: Evergreen Series Release: ...READ MORE