Julia is a domme for hire. Paid to spank and dominate men, she loves what she does during the summer months. However, she is also a submissive for her husband.

Garrison is content being married to Julia even though he is a bisexual. That is, until he realizes the man he has the hots for is interested in him. Too bad his job as a detective has him busy dealing with a serial murder case. Good thing, the sexy lawyer is also on the case and it gives him a reason to see him.

Keaton might be a shark in the courtroom, winning almost every single case he tries, but he is submissive in the bedroom. It’s hard to balance his work life with his private life and finding someone that can handle both aspects of his personality.

When they realize they all know each other and there is desire between the three of them, things get hot. But, can three really make a relationship instead of two?

The serial murderer isn’t going to wait for them to figure out their situation. He is on the hunt for dommes and isn’t leaving much behind for the police to use to find him.

Copy Provided by NetGalley in exchange for an honest review.

Straight up, I usually avoid Domme books like the plague. They just aren’t my thing, but something about this book had me intrigued and I figured I’d give it a chance.

Julia is a part time Domme who is submissive to her Police detective husband Garrison. Garrison is bi-sexual and is working closely with Keaton on a serial murder case. Keaton is a lawyer and also bi-sexual and happens to be submissive and one of Julia’s clients. So begins a tale of attraction, need, and murder.

I really enjoyed this one. It was SMOKIN hot. The writing was fantastic (I can’t believe I’ve never read anything by this author before) The characters were interesting. I liked both Julia and Garrison. Even though Garrison is the “head Dom” in the situation, he also had a vulnerable side that made me love him all the more. The star for me though was Keaton. Here is a guy, a top lawyer, and a dominant man outside the bedroom, who desperately needs to submit to help him cope with his high pressure job. He wants both Julia and Garrison, but he isn’t willing to settle. He doesn’t want to be a “side toy” or “pushed in the closet” He doesn’t want a fling, he wants a real relationship or nothing.

The relationship aspect between the three in this book was very realistically portrayed. It wasn’t all smooth sailing, it was messy and awkward and sometimes painful. This was two people who are already married and madly in love trying to fit a third into their relationship, and that third trying to find a place in an already established loving relationship. Although I thought this aspect was very authentically written, I did feel a little let down by the end. The epilogue is just 4 months into the future and we

(view spoiler)
only get them asking Keaton to move in with them. No feelings of love are expressed, Just a hint that they are all moving in that direction
As a romantic at heart, I wanted more from the ending.

The other aspect of this book is the nice little serial killer plot that is interwoven throughout. It isn’t the strongest of plots. I pretty much knew who the killer was going to be from first introduction, but it still offered a little break from the relationship drama and kept me entertained. 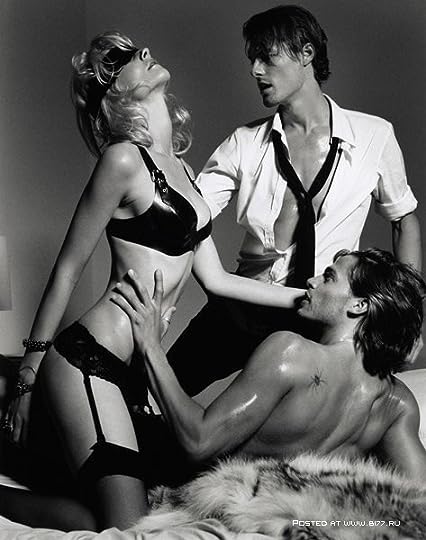 Overall I am glad that I gave this one a chance and I would certainly recommend it to anyone who loves a good MMF menage.

✰✰RELEASE & SALES BLITZ✰✰ Christmas With Us (A Nucci Securities Novel, #1.2) By Debra Presley

RELEASE BLITZ — Beast By A. Zavarelli

Beast by A. Zavarelli Genre: Dark Romance Series: Twisted Ever After #1 A standalone with HEA   SYNOPSIS Once upon a time, I believed in fairytales. But then he took me. And he taught me that life isn’t a fairytale. …READ MORE

Forever by Monica Murphy Release Date: April 4th, 2017 Series: Friends Genre: Young Adult Forever, an all new Friends story from Monica Murphy, is now live!! SYNOPSIS She’s all I could ever want… I have a reputation around school. Cold. …READ MORE