Title: Good Gone Bad
Series: The Fallen Men Series #3
Author: Giana Darling
Genre: Erotic Romance
Release Date: November 23, 2018
~SYNOPSIS~
They say one action doesn’t define you.
I killed a man. Stabbed him in the neck and licked the blood off my lips after I did it.
Still, one action doesn’t define you.
I could have called anyone. My father, the Prez of The Fallen MC, our family lawyer, my best friend, Lila, or my brother, King.
I didn’t.
Instead, I called Lionel Danner, the police officer renowned for taking down the Nightstalkers MC. The man who had been my father’s arch nemesis for decades. The man who hated everything I stood for. A man who had disappeared from my life without explanation three years ago.
I called him.
And maybe one action doesn’t define you, but killing a bad man and calling in the good changed my life and it sure as hell changed his.
The third book in the Fallen Men Series. A standalone featuring Harleigh Rose and Officer Lionel Danner.
~PURCHASE~ 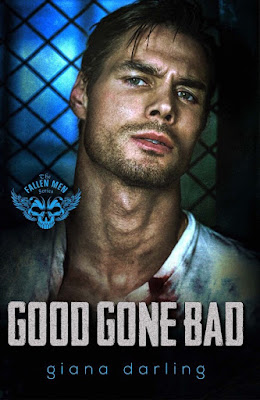 Author Lee Piper – “So yeah, Good Gone Bad is hot AF. But it’s also more than that. It’s layered, multifaceted, and above all, beautifully written.”

Musings of the Modern Belle – “Good Gone Bad is not just a super steamy romance, it is not just a suspenseful story about taking down a corrupt MC, it is a reflection of how humans aren’t just good or bad. It is a look at how we are both, how we can find our match in another, someone who just inherently gets you. It is about living wild and free while still having limits and being able to surrender and submit for those you love. It is an epic ride I implore you to take. Giana and Danner and Rosie won’t let you down.”

Author R. Scarlett – “I am so so in love with this book and Giana’s talent for creating addicting stories and beautiful complex characters.” 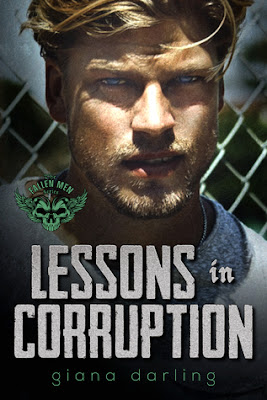 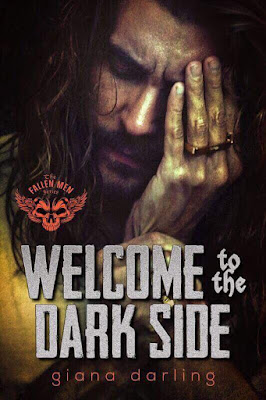 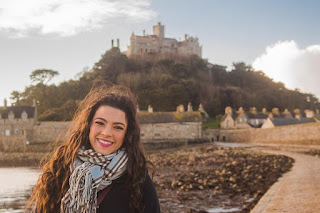 Giana Darling is a Canadian romance writer who specializes in the taboo and angsty side of love and romance. She currently travels Europe with her best friend, an overstuffed suitcase and a mission to eat and drink as much French, Italian and Greek food as possible. While lounging on white beaches, drinking sangria on patios and sleeping in villas, she is hard at work on Cosima Lombardi’s dark romance, The Enslaved Duet, coming summer 2018!

Unpopular opinion alert…I was SO very much looking forward to this book, but I think it fell victim to the end of the year funk I seem to be in. Or maybe my expectations were too high after how much I loved the first two books. It wasn’t a bad book by any stretch. Hence why I am giving it 3-Stars. It was still a very well written book. The sex was SMOKIN’ hot. The plot was engaging. Although there were a few things that didn’t quite make sense to me in regard to Danner being undercover. I also felt the plot was a little all over the place at times. The characters (both primary and secondary) were well developed and interesting. The ending was sweet. All positives things…that said, it was my least favorite book of the series.

I didn’t like the set up with the other women stuff. I feel like this is me being super picky, but it was in my face a bit too much and bothered me. I wasn’t a fan that Larkin was Harleigh Rose’s friend and had been banging Danner while he was undercover, and that he had to continue pretending that she was his old lady, which meant having her sit on his lap and kissing her in front of others. Not to mention on top of that he was also banging a cop for two years. I am not even sure what the point was with this since it added NOTHING at all to the story and literally went NOWHERE. I am not sure why the author felt Danner needed to be romantically involved with TWO different OW. It was just a bit too much for me and lessened my enjoyment of both the story and Danner as a hero (especially with the douchey way he ended things with the cop). On top of that, I wasn’t a huge fan of the flashbacks. There wasn’t too many of them, but they weirded me out a bit because in most of them Harleigh Rose is super young. So we would get a flashback scene between her and Danner (who is ten years older than her), then move to the present where they would be having kinky ass sex. It was a bit…I don’t know…creepy? Weird? Jarring?

In any case, as I said, it wasn’t a bad book, I think my mood played a major role in my feelings about this one for sure. So do keep that in mind when deciding if you want to read this one or not.

They are the Fallen. A brotherhood of murderers whose nature compels them to kill. But guided by their leader, Gabriel, the Fallen have learned to use their urges to rid the world of those it is better off without. …READ MORE

COVER REVEAL — My Every Breath By Brittney Sahin

Today we have the blog tour for J. Saman’s Catching Sin We are so excited about this fantastic release—check it out and be sure to grab your copy today!     Title: Catching Sin ...READ MORE