Warning: Creating default object from empty value in /customers/b/5/9/recinella.dk/httpd.www/betweenthebookends/wp-content/plugins/ultimate-widgets-light/assets/admin/redux-core/inc/class.redux_filesystem.php on line 29 Heath By K Webster and Nikki Ash – Between The Bookends
Latest News

A modern telling of a classic tale…

This isn’t a typical love story. This is a story of what happens when love is so powerful and all-consuming that it has the ability to destroy everyone involved. It’s definitely not pretty and it’s certainly not a fairytale, but it’s their story and it couldn’t be told any other way. Nikki Ash resides in South Florida where she is an English teacher and mom by day and a writer by night. When she’s not writing, you can find her with a book in her hand. From the Boxcar Children to Wuthering Heights to the latest Single Parent Romance, she has lived and breathed every type of book.

While reading and writing are her passions, her two children are her entire world. You can probably find them at a Disney park before you would find them at home on the weekends! 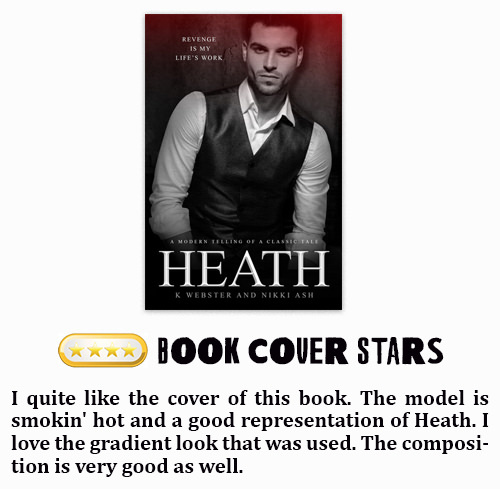 I had high expectations going into this book, so I am super bummed that I didn’t enjoy this book as much as I had hoped. It wasn’t a bad book by any means. The writing was very good. I am a huge fan of K Webster, but this was my first exposure to Nikki Ash. The book was seamlessly written for sure, and I couldn’t tell you who wrote what parts. Unfortunately, the pace for the first 40% (part 1) of the book was too slow and bogged down with way too many sex scenes (and I can’t even believe I am saying that). By 26% in I was already skimming them because I just wanted to get back to the meat of the story. We get ZERO details about what Heath was doing for the year he was gone. I wanted to know what happened to him. How he made his money, etc.

Also, just a heads up to anyone who likes their books “safe”, this isn’t going to be a book for you. 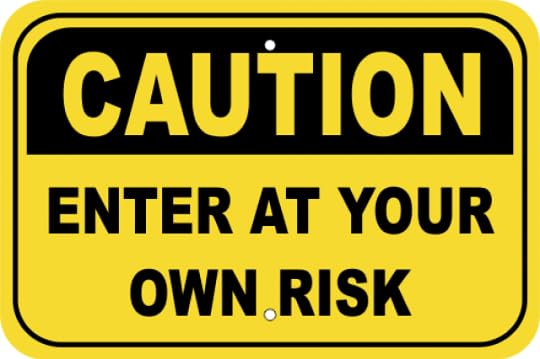 I also can’t say that I liked any of the characters in the first part. Heath started off great, then his character lost its luster. Although in the second half, I DID find his over the top mustache-twirling villain behavior amusing at times. I wish there had been more scenes with “crazy” Heath in that part of the book. His character just kind of fell flat by the end. Catrina, on the other hand, was god awful from the start. She was vapid and self-centered. I am guessing they weren’t really meant to be good people. However, Cat (the 2nd) was a much more likable character for sure. I also quite liked Harrison and Helen.

On the more positive side, I did like the Wuthering Heights tie-in, and the way the story stretched generations. I also liked the slight taboo elements. The second half of the book was much better than the first for sure. The sex was toned down a lot, and the story moved along at a better pace and was quite frankly a thousand times more interesting than part one. 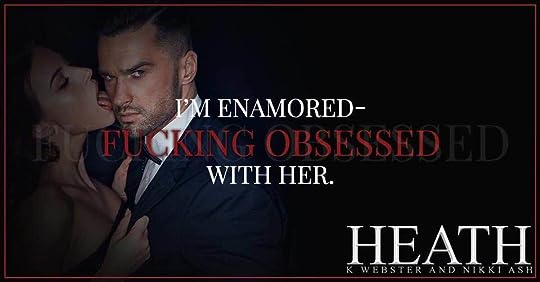 In the end, this turned out to be the tale of two different books for me rating wise. Part one was a struggle to get through. There was way too much sex that took away from the story. The characters weren’t likable in the least. I truthfully almost called it a day at that point as it was looking to be a 2-star read at best. I soldiered on though, and part two was much much better. The story took precedence over the sex. The characters themselves were much more likable. It just had an overall better feel to it, and if I was rating the book on part two alone, it would be a solid 4-star book. Alas, that isn’t the case, so I am going to go with 3,5-stars as an overall rating.

Releasing on March 21st, you don’t want to miss Salvation’s Inferno by Kat Mizera! “This book had me at the edge of my seat and I couldn´t put it down. It has everything, steamy sex, heart break, humor, drama and …READ MORE

This year spend a wonderful Christmas on Juniper Island, where love can melt even the iciest of hearts… Piper Chesterfield lives a glamorous life travelling the world and reviewing the finest hotels. She calls nowhere home, she works alone and …READ MORE