Willow Taylor lives in a castle with large walls and iron fences. But this is no ordinary castle. It’s called Heartstone Psychiatric hospital and it houses forty other patients. It has nurses with mean faces and techs with permanent frowns.

It has a man, as well. A man who is cold and distant. Whose voice drips with authority. And whose piercing gray eyes hide secrets, and maybe linger on her face a second too long.

No, Willow Taylor shouldn’t be attracted to Simon Blackwood, at all.

Because she’s a patient and he’s her doctor. Her psychiatrist.

WARNING: This book discusses sensitive issues including but not limited to, depression and suicide.

“Do you have someone special, Dr. Blackwood?”

Someone you kiss? Someone you grab and pull into a dark alley and press against

I don’t say that but I’m definitely asking that.

doubled. Like his blood is rushing in his veins with an uncanny speed.

With flaring nostrils and a hard jaw, he answers, “No.”

I want to smile. Actually, I’ve never wanted to smile this hard. Ever. His answer calms

me but it also makes me restless to move closer to him. I want to trace my palm over the arch

of his chest and see if I got it right in my dreams.

But I don’t do any of those things. I don’t want him to take away this small concession

Why is he even giving it to me? I’m not complaining. But still.

“Busy with my job. Yes,” he says, all professional-like.

That’s what he is. Professional and distant. Dedicated to his job and fixing people. If

Mass General let him go, then they are idiots.

I’m an idiot, too, in this moment.

Instead of backing off, I want to do something. Something that might crack his cool

façade. Maybe reaching up and messing up his no-nonsense hair.

What would he do? If I did that? If I grabbed his collar and pushed him against the wall?

My eyes drop to his lips, his soft, soft lips. There’s a cleft in the middle of his lower lip. I

want to taste that cleft, dig my tongue in it, wet it, suck on it, bite it.

I watch his lips form the words, and every syllable that comes out of his mouth makes

my need to shake him, kiss him, mess him up, stronger. Stronger and stronger.

takes it off his body. It’s final and smooth, his action. Effortless. As though my touch barely

“But I think you have a point. It’s after hours and I should go… have fun rather than

spending my time with a patient.” He steps back then. “I’ll see you next week. Same time.”

Saffron A. Kent is a Top 100 Amazon Bestselling author of Contemporary and New Adult romance. More often than not, her love stories are edgy, forbidden and passionate. Her work has been featured in Huffington Post, New York Daily News and USA Today’s Happy Ever After.

She lives in New York City with her nerdy and supportive husband, and a million and one books. 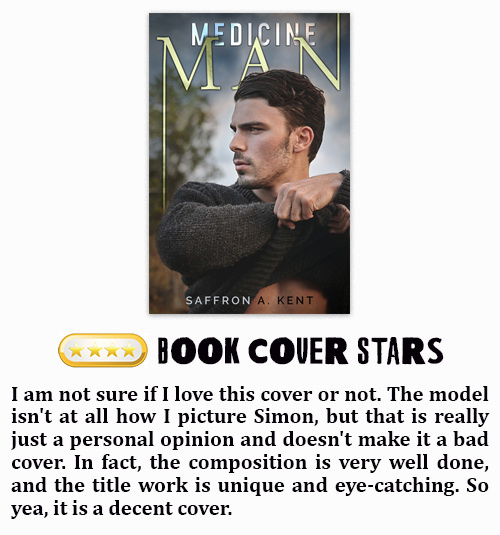 ~WRITING – PLOT – PACE~
To start off with I just have to say that this author is an AMAZING writer. Every book I have read by her to date has been fantastic. Did I love this one as much as the previous two I have read (The Unrequited and Gods & Monsters)? Well, not quite, and I’ll get to the reasons why in a bit, but I did very much enjoy it overall (hence the 4-Star rating). The writing was excellent (as usual). The pace was OK. This is really where the book lost half a star for me. It was a fairly long book, and the first half of this book moved REALLY slow for me. That said, the pace does pick up quite a bit after the 50% mark. The plot was engaging (more so in the second half). It was also quite unique. Last, it was all wrapped up in a very sweet epilogue that gave us just a TINY hint about what lies in store for a couple of the secondary characters.

~HERO~
SIMON…So Simon is the other reason this lost half a star. I liked Simon, but I didn’t love him. This may be because I absolutely ADORED Willow, and in comparison, I felt Simon was maybe a bit weak. On top of that, some of his decisions, and how he went about certain things in regard to Willow didn’t strike me as being very astute for a psychiatrist of some repute. And I’ll be honest I was kind of pissed off about how the big drama played out at the end, and how Willow (HIGHLIGHT TEXT FOR SPOILER) basically took all the heat for Simon’s callous actions by having to spend another four weeks locked up. I sound like I hated the guy, but I didn’t. I think for me he was just the weaker of the two main characters. Having said that, he did earn A LOT of extra brownie points for his behavior near the end. So his character was a bit of a mixed bag for me.

~HEROINE~
WILLOW…I ADORED Willow. A-D-O-R-E-D her. She was strong (especially near the end). She was feisty. She had balls to go after what she wanted. She was a good friend. A good human being. She was funny. She was sweet. She was a bit nerdy. Her struggles hit very close to home for me both personally and through extended family, and I just wanted to reach into a book and give her a hug. Willow was by far my favorite character in this book, and probably in the top five of all-time favorite heroines, I have ever had the pleasure to read about. 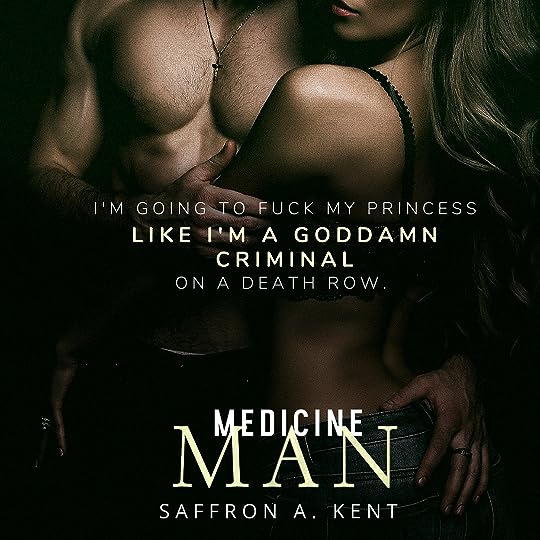 ~SECONDARY CHARACTERS~
This book had a plethora of excellent secondary characters. I adored Willow’s friends (Renn, Vi, and Penny), and I am super excited that Renn and Vi are going to be getting books of their own.

~HEAT LEVEL~
MEDIUM…The sex was a bit slow to come (50%), but boy oh boy was it smokin’ hot when it did finally arrive. These two set my tablet on fire. They also had a fantastic on page chemistry.

~ANGST LEVEL – SEXUAL HISTORIES~
MEDIUM…This was a fairly angsty book simply because of the plot set up (patient/psychiatrist). There is also a bit of an age difference, the heroine just turned 18 and the hero is 33. The heroine was a virgin (groan), but OK, it was believable enough in this instance. The hero wasn’t a manwhore and hadn’t slept with anyone in three months, and there wasn’t any OW or OM drama.

~IN THE END~
Did I enjoy it? Very much so.
Was it perfect? It had a few small issues, but nothing too major.
Would I recommend it? Yes, for sure!
Who would enjoy this book? Pretty much everyone.

He’s never wanted anything more than her. Carrie Ann Ryan’s ADORING INK is available now! Don’t miss getting your hand on Holly’s story.   About ADORING INK The Montgomery Ink series continues with the most unlikely of romances between the …READ MORE

Amazon US Amazon UK Amazon CA Amazon AU     She’s about to find out exactly how much he wants her…LEXII’ve been fascinated with him for years.He’s wild and lives alone, and everyone has been ...READ MORE