Warning: Creating default object from empty value in /customers/b/5/9/recinella.dk/httpd.www/betweenthebookends/wp-content/plugins/ultimate-widgets-light/assets/admin/redux-core/inc/class.redux_filesystem.php on line 29 Mine To Protect By Kennedy L. Mitchell – Between The Bookends
Latest News

We are thrilled to be bringing you the release of MINE TO PROTECT by Kennedy L. Mitchell.

MINE TO PROTECT is a brand new standalone romantic suspense you don’t want to miss!

Be sure to grab your copy today! Get your copy of MINE TO PROTECT on Amazon today! This author is genuinely one of my favorites. First, she is a complete sweetheart of a person, second; she is an incredibility good writer. Pretty much every book of hers I have read so far I’ve loved, and this book was no different. This was a fantastic read. 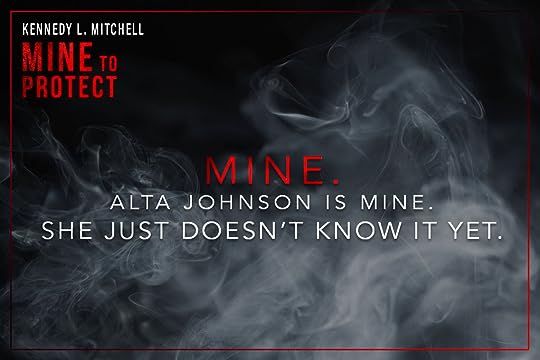 So the deets…this was a very well-written book. It was fairly well paced. It never bored me nor did I ever feel the need to skim. However, it was also SUPER SLOW BURN in the romance department. <— I am generally not a fan of super slow burns, but in the context of this particular story I didn’t find myself overly bothered by it. Do I wish there had been a bit more heat, yes, but it didn’t affect my rating in any way. The plot was engaging and the mystery aspect kept me guessing until the end. There was no OW or OM drama. There was also basically no angst between the couple. As I mentioned above, this one was light in the sex department. That said, we get a few scenes late in the book. 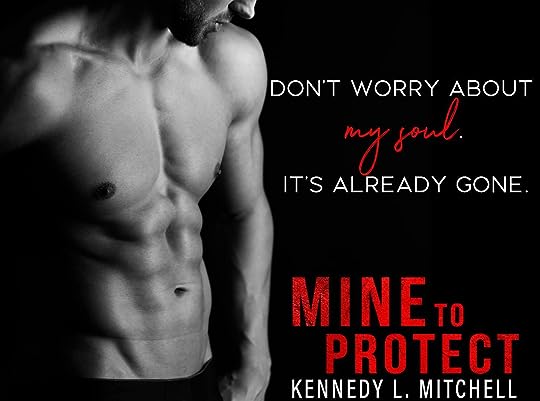 There was an interesting cast of secondary characters. My favorite being Chandler. I kind of hope we see him in a book of his own at some point. I also want to know what happened between John and Sadie (girl..how could you leave me hanging liked that??!! *lol*) Both the main characters were very likable. Cas was a sexy alpha. Didn’t appear to be a manwhore. He was also sweet and patient with the heroine. Alta (Lady) was a strong heroine. Not a virgin (although she has been celibate for ten years). The on page chemistry between our main characters was fantastic. Last, and this is where the book lost a bit of star points. Four months into the future isn’t an epilogue to “ME” We are left with what I would call a happy for now. I wanted a further into the future look at this couple. Marriage…babies…all that jazz. Still, again, that was just a minor niggle.

So yea, not much left to say about this one. I enjoyed it a lot. I recommend it a lot. It gets two thumbs up from yours truly.

Today we have the cover reveal for Love in Transit, a sexy new box set from a fantastic lineup of authors! Check it out and grab your copy June 1st! Title: Love in Transit Genre: Contemporary Romance Release Day: June …READ MORE

Christmas on My Mind (A Cowboy Christmas #1) by Janet Dailey

Today we have the blog tour for Ruthless by Gina Maxwell! Check out this fantastic sexy romance and grab your copy now!   About Ruthless People call me Ruthless for a reason. Whether I’m in ...READ MORE