Sometimes the strongest cowboys are women!
Stetson by Danielle Norman is NOW LIVE!!! 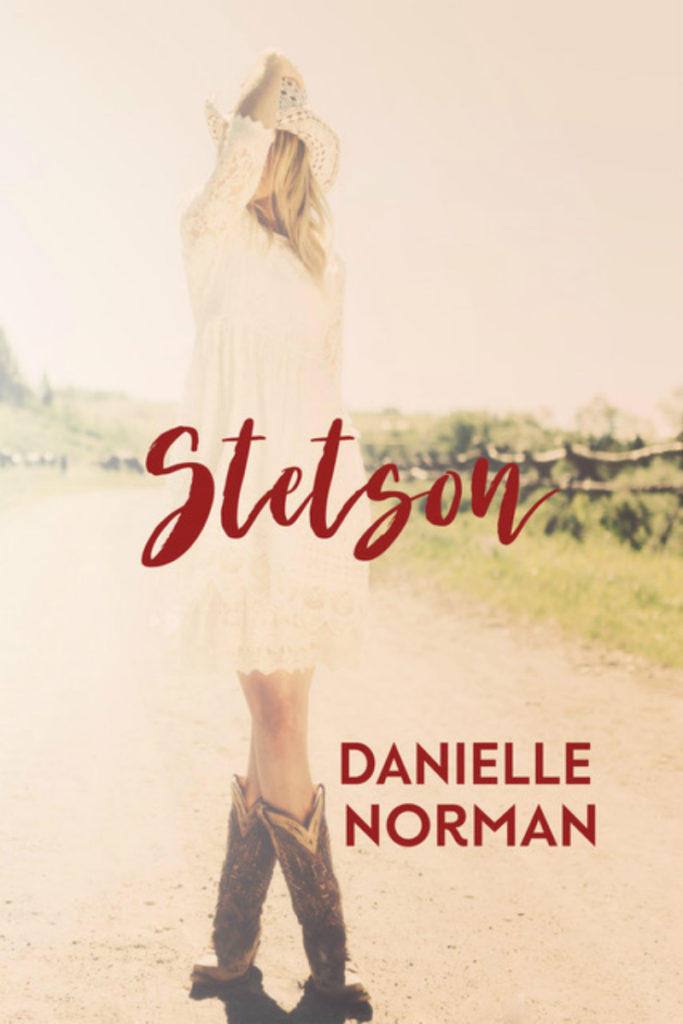 ~SYNOPSIS~
The only thing fancy about London Kelly was her name.
She was a jeans and boots kind of girl.
Her perfume was the smell of hay.
And her days were spent in the saddle.
Except for a few bumps in the road she had a pretty good life.
Until…

Her dad died.
Now, she’s left running the family cattle ranch and horse stables.
The sexy sheriff has decided that he wants more than a one night stand.
And her employees believe that she has no business running a ranch.

I’m still playing catch up from being away on vacation for two weeks, so this review is going to be a bit on the short side. That said, this author just keeps getting better and better. This was my favorite book of hers to date. It was well written and well paced. It was told in a dual POV format. The plot was engaging (even if it is very obvious who the “baddie” is right from the beginning). It was was super low angst. There wasn’t any OW or OM drama. I loved the secondary characters (the sisters especially), and I assume we will see Paris and Asher as a couple and Reid and Holland as a couple in upcoming books. It was humorous and full of great banter. The heroine was very likable (not a virgin), and the hero was just as likable (not a manwhore). Add in some spice and a sweet epilogue, and you pretty much have the perfect way to spend a couple of hours. Bring on book two!

Numb, a novella by Kathleen Maree Series: Cut #0.5 Genre: Romance Contemporary Release Date: November 9, 2016   Playing local shows in seedy, downtown pubs when I was just Jamie with his guitar, and coming home to my girl who …READ MORE

RE-RELEASE BLITZ — Born to be Bound By Addison Cain

Born to be Bound by Addison has a HOT NEW COVER!! Keep reading for a sexy excerpt!   PURCHASE Amazon US: http://amzn.to/2pJfp9a Amazon UK: http://amzn.to/2oFTdix   SYNOPSIS Surrender is not survival. Claire is desperate. Her once thriving city lies in …READ MORE

Too Good Girl By Eleanor Lloyd-Jones