Oliver Parker is a narcissistic a$$hole—vain, self-absorbed, conceited, and egotistical.
And those are his better qualities.
He takes what he wants, and he wants me.
Only, I don’t want to be had. Not ever and not by him.
When fate puts the hotel heir in the perfect position to get his way, my only choice is to give him what he wants.
But I’ll spend my nights with Parker fantasizing about his demise.

O-M-G (look at that. I’ve had two OMG books in the same 24 hour period) this book was bloody AWESOME

Oliver Parker is one handsome, conceited son of a b!tch. He is also one of the heirs to the Parker Hotel chain. He is being sent to the Savannah, Georgia by his father to check out one of their recent hotel acquisitions. A stop out for a bite to eat brings him into contact with Riley. When she doesn’t fall at his feet like all the other women do, he’s sees her as a challenge. He persuades her to be his tour guide the next day and things escalate ending with her running from his room.

“As her eyes lock on mine, my step falters, making me pause for a moment. Her gaze hits me as if it were a physical force, like a beam pulling me to her, and for the briefest of seconds, I’m left feeling bare, vulnerable even. The feeling makes me uncomfortable, makes me want to turn and walk away, because I swear she can see right through me. I could swear that with one look at me, she can see everything about me that lies buried deep, past the carefully crafted façade to a view I’m not happy to share”

Determined to forget Riley as a distraction he doesn’t need, he is more than a little surprised to see her pissed off and at his door the next morning. Seeing an opportunity to get what he wants, he offers Riley a deal she can’t refuse. Soon lines are being blurred and feelings are making themselves known. Can a damaged man find his HEA? Will Riley end up with a broken heart when all is said and done?? 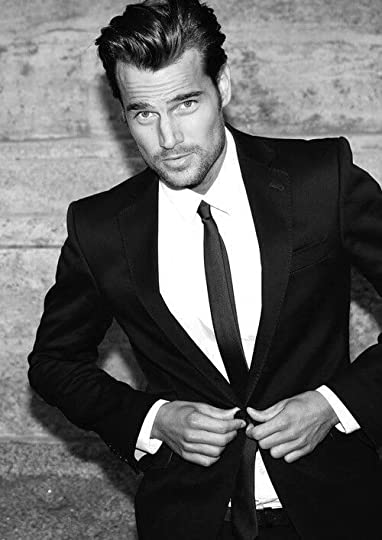 Where do I start..I feel like a squealing fangirl right now. After absolutely ADORING this author’s Pieces of Him which in my opinion has one of the BEST “asshole to awesome” character growths in any book I have read to date, I was SO excited to be offered an ARC of this one.

I was not disappointed. Oliver is a grade A asshole. No if or ands about that. That opening chapter had me laughing out loud. He is an ass, but he is a charming ass, that’s for sure. I don’t think his transformation from “ass to awesome” had the same impact in this one as the heros in the other book I mentioned above. I’m guessing because the other included a more complex relationship. That said, I adored watching Oliver go from alphahole, to wanting more, to fighting for everything.

“Anywhere that we can be together is home.” Done. Life as I know it ended with those words. I loved her a moment ago, but now … now, I LOVE her”

Riley was an awesome heroine. I cried like a little baby so much in the one. You could feel her pain at knowing that she was falling in love with someone that didn’t feel the same and was ultimately going to leave her shattered. But she also had strength. She chooses to do something that causes her to sacrifice something she held dear and when Oliver asks her why did you make that sacrifice, she answers “Is it a sacrifice if you are doing it for love?” That pretty much sums up her character. She loves and sees the good in people.

This was just a beautifully written book. This author knows how to weave a tale that will have you laughing one minute and crying the next. By the end you will be sitting there staring at the last page both angry that it is finished, and stalking the author to find out when her next book is out. Which I may add, I REALLY REALLY hope we get a book with Oliver’s brother as the hero. Lastly, I feel the need to mention that this had a very sweet 3 years in the future epilogue (that’s for all you epilogue whores like me)

Two GIANT thumbs up from yours truly…

#TeaserTuesday #JustLikeThat #NicolaRendell #ComingSoon  #CantWait   Pre-order exclusively via iBooks: http://hyperurl.co/qnljdp   Add to your Goodreads shelf now – http://bit.ly/2nso6Uc Eve1972Hi there! I’m a mom and wife by day (and night), aspiring writer (in my dreams), and an avid reader …READ MORE

~~ INSPIRED bY Jessica Florence A contemporary romance This book is a standalone. Releasing May 9th! ~SYNOPSIS~ Call it pure desperation, or maybe we’d agree it was the lack of sleep that had me signing six weeks of my …READ MORE

Your holiday season is about to get deliciously naughty… What if Alice Liddell’s story didn’t happen the way you think? What if it wasn’t Wonderland she fell into, but Winterland. This mad tale is dark, ...READ MORE