All my life, I’ve only wanted one thing: someone to love me and someone who will let me love them in return. This seems like a simple request, but I was born to parents who wished I had died of childhood leukemia, instead of my younger sister, and who have ignored me no matter how much I’ve tried to please them. I’m starved for affection, addicted to the feeling when someone cares about me, which has led to a love life filled with either boys I’ve scared off, or men all too eager to take advantage of me. I thought I would never find a man who could feed my craving for constant attention—and then I met Leo. He fills the void inside of me, haunts my dreams, and does things to me in bed that are so good, they’re probably illegal. I can only pray I don’t scare him off once he figures out just how needy I really am.

Leo
There are very few people in this world I’ve ever been able to form an emotional attachment to, but the moment I saw Hannah, I knew she was mine. We were bound together by fate, our paths crossing first as children, then as adults, each time marking me. She doesn’t know it but I’ve been watching her for a year now, studying her, stacking the deck so when I do make my move, there’s no way she’ll ever escape me. But my world is a harsh, cruel place, and the cartel I work for demands absolute loyalty and trust…a loyalty Hannah has yet to earn in the dangerous eyes of my employers. There is only one way to ensure Hannah’s absolute devotion, and I hope that she doesn’t hate me forever when she finds out that not only have I brainwashed her into loving me, but that I don’t feel an ounce of guilt about doing it. She’s mine, only mine, and I’m keeping her forever.Warning: This story features a rough and demanding Dom who’s completely devoted to bringing his baby girl pleasure through such unconventional means as spanking, mild BDSM, D/S, roleplaying, and various other forms of wicked kinkery.

Hannah has spent her whole life wanting someone to love and cherish her. Growing up with cold parents that always let her know they wished she would have died instead of her beautiful outgoing sister Tiffany, left her broken. While saying goodbye to her sister, a ten year old Hannah meets an older boy fighting his own sadness at the death of his mother. Little did they both know that chance meeting would change both their futures.

Leo is a sociopath and torture master for the Cordova Cartel. A late bite to eat brings him face to face with a girl from his past. So starts the twisted cat and mouse game that lures Hannah into his web of lies and deceit. When the truth is revealed will Leo loose Hannah forever or will these two damaged, yet perfect halves to a whole get their slightly disturbing HEA?

“Times up.” Her yelp lit me up inside as I tackled her, flipping her over onto her stomach before grabbing her hands and holding them behind her back. “Daddy’s home, and he’s ready to play with his hot little slut.”

What can I say. I really enjoyed this one. It wasn’t nearly as kinky as I was expecting (much to my disappointment) but still had some pretty hot sexytimes. I can imagine that the whole “drug” issue is going to be bothersome to some individuals. I’ll admit there were certain parts where I was uncomfortable. I didn’t like the way Hannah was referred to as an “experiment” by others (not Leo) I DID feel that her free will WAS taken away a bit, especially with the use of the sex drug. It didn’t take away from my enjoyment, but did push my limits. 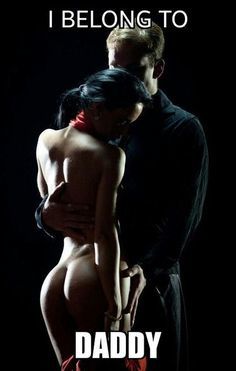 That said both characters (in need of a TON of therapy) were well written and enjoyable. Hannah was over the top needy and Leo was smothering. A combination made in fuckedup relationship heaven. We also get to meet an array of interesting side characters. I am especially looking forward to a book with Ramon and I assume Joy (Hannah’s roommate) and hopefully we’ll get one with Mark as a hero as well. The plot was well thought out (if a bit farfetched) and kept me turning the pages, and I haven’t been able to say this very often lately, but it even had a sweet little “15 years later” epilogue.

Overall, a great way to spend a few hours. Two thumbs up from yours truly.

◘ ◘ ◘ ◘ ◘ ◘ Victoria Life was nothing but a dream. Until the Bratva destroyed it, shattering the world as I knew it. Sacrificing my freedom for a chance to get my revenge on them seemed like a …READ MORE

Pre-order for only 99c Amazon I Do, Babe: A Novella (Hades Hangmen 5.5) WHEN DARKNESS AND LIGHT COMBINE, DESTINED SOULS WILL IGNITE . . . Connected since childhood.Two souls: one dark and one pure.Bracing to take the greatest step of …READ MORE

RELEASE BLITZ — In Blood We Trust By Elodie Colt

Title: In Blood We Trust Author: Elodie Colt  Genre: Suspenseful Dystopian Romance Release Date: April 5, 2017   AVAILABLE ON KINDLE UNLIMITED     SYNOPSIS 2078. The Future, as it was once called… A better time you ...READ MORE

Today we are sharing celebrating the release of RUIN YOU by Molly O’Keefe. This is the third contemporary romance title in The Debt series. Links to RUIN YOU and the previous books in the ...READ MORE