I’m thrilled to be participating in the official Book Blitz for Hayson Manning’s latest contemporary romance, BOUND TO THE BOUNTY HUNTER! Harlan Franco is the alpha hero you’ve been waiting for, and the chemistry between him and Sophie is off the charts! I’ve got all of the details about the book, including a sneak peek excerpt from the book, so sit back and enjoy!

About BOUND TO THE BOUNTY HUNTER:

Harlan Franco, Colorado’s busiest bounty hunter and security expert, lives by his own rules: be in control, be detached, and never mix business with pleasure. These rules are tested when the woman he’s being paid to secretly guard is none other than the sexy, unpredictable, pain in the butt, Sophie Callaghan––a woman determined to stay away from him. If Sophie finds out he’s in her life on an assignment, he’ll never get the info he needs. But those lips, those curves, that attitude… If he could only have her for one night where she’d play by his rules.

Freedom-loving private investigator Sophie Callaghan is on a mission. The daughter of a con-artist is not going to be used by a man again. What she doesn’t need is hot, broody, and controlling Harlan barging into her life. Her brain may say no, but her body craves this bad boy.

After a night where both live out their darkest desires, Sophie tries to fight the explosive chemistry between them. But the ties that bind her heart to this bounty hunter are tight and tangled.

Excerpt from BOUND TO THE BOUNTY HUNTER:

“Delores. Check out that honey walking toward us. I hope he’s in the show’s lineup.

There’ll be some five dollar bills in his Calvin Kleins.”

“Lordy be, Phyllis. That’s a fine-looking man. Now, if I were ten years younger.”

A barrage of cackles followed.

Sophie’s heart missed a painful beat. “What are you doing here?”

“Going to have some fun in Vegas. There’s hours left on the clock.” Harlan trailed his knuckle down her cheek, leaving a trail of fire.

Her spine snapped straight. She stood, hands on her hips, her throat tight. “No you’re not.”

“Yeah. I. Am.” Harlan grinned down at a pissed off Sophie with flashing dark eyes, her kissable mouth in a thin line, color on her cheeks.

Her dark eyes narrowed. “No, you’re not.”

“Yeah, I am.” He sat beside her and pulled her close, her soft curves molding against him, then tucked her hair behind her ears. “I’m not leaving you unprotected.”

“Well, ain’t she the lucky one,” one of the older women sitting next to Sophie said. “If I was her, I’d be heading to Victoria’s Secret.”

Her companion elbowed her in the ribs. “Delores, I wouldn’t be packing any of Victoria’s Secrets.”

Harlan grinned at the older women then bent his head. “We could go shopping. I hope you brought that little black thong. Seeing you in your Pipe’s uniform, gotta say, I’m glad we’re hitting the City of Sin.” He ran his finger along her jaw. His voice still soft, he said, “Don’t wear underwear tomorrow.”

Her head snapped back, her face red. “I am so wearing underwear.”

He nuzzled her ear. “When I walk up behind you, I’ll flick up your short, short skirt and in one thrust be inside you.”

She shivered under his touch.

“I didn’t bring a skirt, so that isn’t happening, and I’ve got a spare set of underwear,” she said from the corner of her mouth.

No mention of the thong. He had plans of removing the thong with his teeth.

“Did you bring your uniform?” He kissed her collarbone, dragging his lips up her neck.

She stilled at his touch.

“Stop it. We’re in public,” she whispered, her head whipping left, then right, as if she’d been caught stealing from a collection plate. “And yes,” she said in a quiet voice, shooting him a look from under her lashes then looking away. Her bottom lip snagged between her teeth.

So caught up in the image of removing the thong from her body, he’d lost the thread of the conversation.

“Yes, I have my uniform.” The image of Sophie walking next to him in Vegas had his cock appreciating the picture.

Sophie in that skirt in Vegas.

He hadn’t thought this through.

Sophie walking around Vegas in sheer black stockings with her long legs on display and silver studs across her breasts spelling out “Pipe’s” would have more men wanting Sophie than he could handle.

He grabbed her hand, sat, and pulled her down beside him. “I’ve changed my mind. Don’t wear it.”

I love Princess Bride, Young and the Restless, Days of our Lives—the drama is deliciously addictive. Big Bang Theory but will take Wolowitz over Cooper. Star Trek not Star Wars. Undercover Boss, Secret Millionaire—any story that shows the little guy making it. I follow the Buffalo Bills like a religion. I am spellbound by showjumping and equestrian eventing. I love curling up and reading all books—no genre is off-topic. I like ironing, hate peas, love donkeys. I play a killer game of Scrabble, but usually lose. I will often be heading towards the fridge for another Diet Coke. I eat nothing with legs and believe wine goes with everything, oh and I’m an expert at finding new and inventive ways to avoid exercise.

I live in the sparkly beachside suburb of Redondo Beach in California with my fake Gordon Ramsay and two boys who speak in mystifying grunts.

Sophie Callaghan is a P.I trying to make ends meet whilst trying to right the wrongs committed by her con man father. Harlan Franco is a bounty hunter and assigned to watch over Sophie by someone from her past. So begins a story of secrets, lies and love.

Wow, I REALLY enjoyed this one. I’m usually bored out of my mind when I read a slow burn type of romance, but this one had enough sexual tension that it kept me interested and turning the pages right up until the end. I adored both Sophie and Harlan, though I wanted to shake some damn sense into them both on several occasions. Communication people, it prevents a whole lot of misunderstanding and pain. 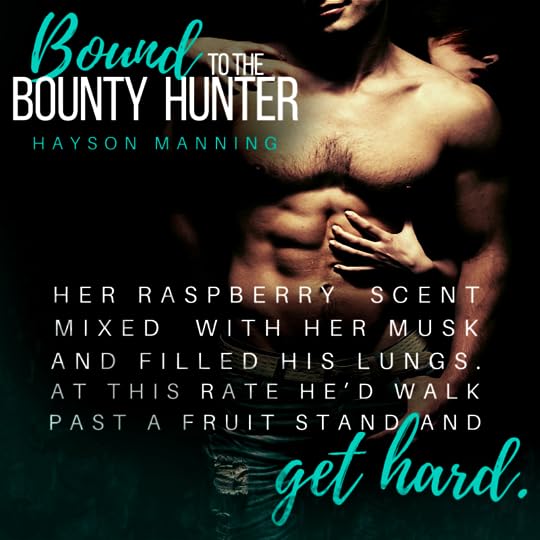 This author has created a bunch of great side characters and I can’t wait to read what is going to happen in their books. I loved Dug, and Zeb, Israel, Gemma, Pipe and Annie. So many great characters, and so many story possibilities. Overall I thought the plot flowed nicely. There were a couple times I thought the story dragged a bit. It had a nice little bit of angst towards the end, and I may have shed a tear or two. I also enjoyed the epilogue, even if it was just a 6 weeks into the future look at this couple.

In anycase, this is a total two thumbs up recommendation for yours truley.

COVER REVEAL — Plus One by Mae Wood

From New York Times bestselling author Lisa Renee Jones comes a brand new gripping and provocative novel that ties into her bestselling Careless Whispers and Inside Out series. You can enjoy this as a standalone, but fans ...READ MORE