In this grudge match, the first to score…

When style columnist Matilda Kent accidentally lets slip that she was once involved with the captain of the Sydney Smoke rugby team, she suddenly finds herself elevated to the position she’s always wanted – feature writer. The catch? She’s stuck doing a six-part series on her ex. Still, there’s no way she can turn down a promotion…or the chance to dish the dirt on the guy who so callously broke her heart.

…could win it all!

Tanner Stone wants to be involved in a feature series about as much as he wants to snap an Achilles. But the thought of seeing Tilly again is a bonus—and has him more worked up than he wants to admit. Only he’s not prepared for how different she is – all cool and professional. His Tilly is still in there, though…and he still wants her, now more than ever. All he has to do is charm her into giving him a rematch. And this time, winner takes all!

ARC provided by NetGalley in exchange for an honest review.

I was a bit afraid going into this one because me and sports heroes don’t always get along. A lot of times I find the OTT man-whore gig to be a tad bit much with groupies and OW always in the face of the heroine. Luckly this was NOT the case with Tanner AT ALL. No groupies, no OW, not really any mention of Tanner’s or Tilly’s sex life after they broke up 8 years previously. Both moved on and had others, but it’s just a fleeting mention here and there.

I ADORED this book. A total 5 star read for me. This is the gold standard of what I LOVE in a second chance romance. Hero does something disckish with misguided but honorable intentions causing the end of his and the heroine’s relationship. Some time passes and circumstances bring them back together. Heroine is angry and bitter. Hero realizes that he never stopped loving the heroine and sets about winning her back.

I LOVED Tanner. He was super sweet and such a nice guy. Sexy as hell, and just a great hero. Tilly was also a really well written character. She was funny and snarky, and I felt for her. I understood her anger and her reluctance to let Tanner in again. That said, there were a few times I just wanted to shake both of them and tell them to TALK already.

I also enjoyed the side characters. Tanner’s teammates all seemed like great guys and there seems to be some good potential for future storylines involving them. The plot flowed nicely and kept me turning the pages. If I had to complain about something, it would be the lack of epilogue. I’m an epilogue girl and I want to see years into the future with marriage and babies. Perhaps though we will see some of that in upcoming books.

Overall this was a fantastic read and it’s a definite recommendation from yours truly. 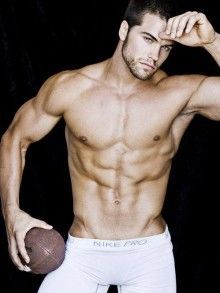