He burned her once…
Sophie Gallo has survived a lot in her twenty-three years. Both parents gone, dreams abandoned, and a heart shattered. But she came out on the other side stronger than ever.
Then, one night with Luke in her bed… on her kitchen table… against the wall… made Sophie feel alive again. Right up until he ran before the bed stopped shaking. Seeing him every day at the Middleburg Police Station, thanks to her job as the office manager, is a special kind of torture. But she clings to her hate and anger, hiding her sadness and desire, even from herself.
She weakened him once…
Sergeant Luke McCracken lives to serve and protect. Not only the citizens of Middleburg, but also the woman who captivates him mind, body, and soul. Even if that means shielding her from the biggest threat to her happiness – himself.
Luke gave in to his lust once. But he won’t allow himself to be reckless with Sophie’s heart again. Though he can’t help but provoke her just to see her passion, even if it comes in the form of hatred. He’d live on nothing but the memories of their night together if it meant she’d have the life she deserved.
His town is being plagued by a rash of break-ins and an increase in drug overdoses, and his desk overflows with cases waiting to be solved. But never, in all the time he told himself to protect Sophie from the risks he presented, did he think she would find herself in danger from outside forces.
One night with her stole his heart, one dispatcher call stopped it.
This is book 1 in the new Blue Line Series, all featuring a different hot police officer at the Middleburg Police Station. Each book can be read as a stand alone. If you like hot men in uniform doing naughty things to strong, smart women, this is the book for you!

When they reached the car, he pressed her front against her shitty little Corolla. Leaving no part of her neck unexplored, he rolled kisses, licks, and bites across her skin. A trail of goose bumps sprang up wherever his mouth ventured.
She placed her hands on the roof of the car and spread her legs a little over shoulder-width apart. The street lamp across the way lit her profile, lending a glowing halo effect to her already angelic face. “Are you going to frisk me, Officer McCracken?”
Just like that, he attained a new level of hard. He’d be lying if he said the fantasy of pulling over a hot woman and fucking her against the car hadn’t crossed his mind a time or two.
“I think I should, ma’am. Need to make sure you’re not packing.” Going down onto one knee behind her, he glided his hands over her smooth calves, sweeping around to rub her shins. She started panting as he moved higher up her legs. “Wider.”
She shuffled her feet out another six inches or so. He slid his hands onto her inner thighs. Her whimper set his chest and groin on fire. Finally, he found the junction of her legs. Warm and wet, her panties were soaked.
“Fuck.” He rubbed his palm over the damp cotton. Her responding moan was a lightning rod straight to his dick. If he didn’t calm the fuck down, this would be over before it started.
With effort, he removed his hands and continued his journey up her body. He traced the slope from her hips to waist. Spinning her around, he pressed her back against the door.
The hem of her shirt drifted up, revealing a smooth, taut stomach. He skimmed his hands over her ribs, exposing a few more inches of skin. He kissed the flat landscape down to her navel and dipped his tongue into the hollow.
A stinging pain shocked him from his lust-fogged state. She fisted both hands in his hair and pulled him to his feet. Their lips met in a frenzy.
She tasted of mint, tequila, and something sweet he couldn’t place, but made the desire to devour her grow. But not here. Forcing himself to stop kissing her might have been the hardest thing he’d ever done. 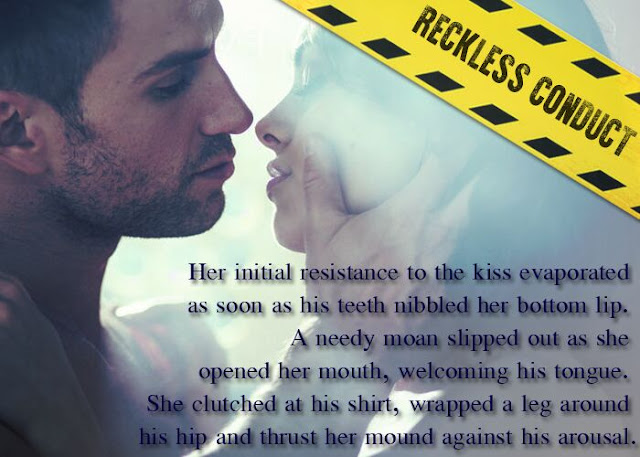 RELEASE BLITZ — The Hard Truth About Sunshine By Sawyer Bennett

SYNOPSIS New York Times bestselling author Sawyer Bennett has written her most gripping and poignant tale yet. Provocatively heart-breaking, audaciously irreverent and romantically fulfilling, The Hard Truth About Sunshine exposes just how very thin the line is between a …READ MORE

COVER REVEAL — Hold Me Down By Sara Taylor Woods

Hold Me Down Sara Taylor Woods Publication date: March 28th 2017 Genres: New Adult, Romance SYNOPSIS Talia Benson has always been independent, unafraid to go after what she wants, regardless of setback, injury, or failure. ...READ MORE