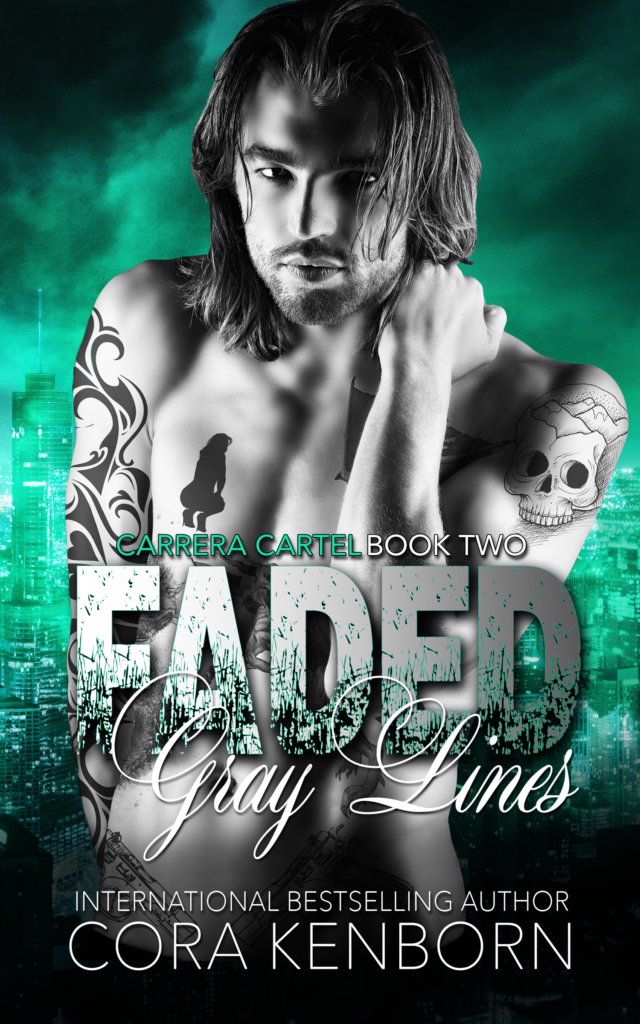 ~SYNOPSIS~
Love is the deadliest lie.

Leighton
I’m jaded. The truth is a bitter pill to swallow.
My first taste of love was my first betrayal.
Now, all I want is to start over, but they want my life.
Everyone says all’s fair in love and war.
Except I’m done playing fair.
I’m tired of turning my back on his darkness when it’s the light that always burns me.
I’ve danced with the devil. Now it’s time to become one.

Mateo
I’m a criminal. Let’s not sugarcoat the truth.
Her morals never had a chance in my corrupt world.
Now, all I want is to forget her, but they want her soul.
Loyalty is its own reward where I come from.
Except she’s become the prize.
They’ve taken my shining star and dimmed her light.
Some say I’m a monster. They haven’t seen anything yet.

This is a dark mafia romance STANDALONE.

Although it is best read after Blurred Red Lines – now available!
Amazon → https://amzn.to/2J0kabM
FREE with #KindleUnlimited

International bestselling author Cora Kenborn writes twisted romances about damaged bad boys and feisty heroines. She promises her readers a happily ever after, although she may or may not take them on an emotional rollercoaster before giving it to them. (Okay, she totally will.)

A Southern girl from North Carolina, Cora says “y’all” way too much and has a lifelong addiction to sweet tea. She refuses to “adult” without coffee, thinks pajamas are acceptable daywear, and considers note-taking during true crime shows to be perfectly normal. On the rare occasion that Cora has free time, she spends it avoiding laundry and convincing her family that Hot Pockets are an acceptable dinner. 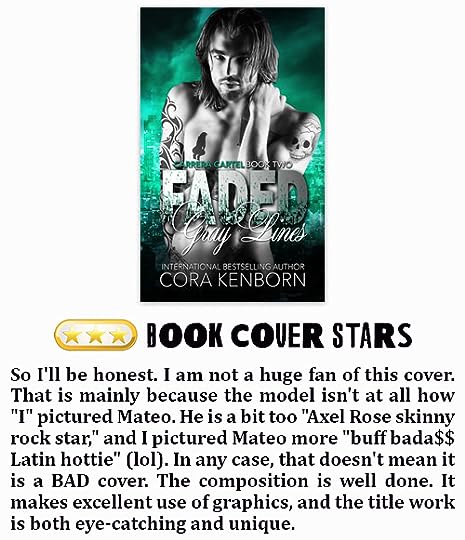 ~WRITING – PLOT – PACE~
Fifteen months ago I read Blurred Red Lines and LOVED it. Ever since then I have been dying to get my hands on book two. So was it worth the wait? Very much so. Did I enjoy it as much as book one? Well, not quite, but it was still a very enjoyable and solid read. The writing was excellent. It was well paced. The plot was engaging and kept me turning the pages. So why not 5-Stars? I am not a huge fan of secrets, or rather, secrets that are stretched out for almost the entirety of the book. In this case, it is 65% before we find out a huge one. That alone wouldn’t have been an issue except that the heroine goes to tell the hero her secret at least four times (I think) when something interrupts them, and then she tells him to “forget it” or “it wasn’t important.” I’ll be honest, I almost threw my tablet the third and fourth time this happened. I was left feeling annoyed and frustrated, and that lowered my enjoyment of the story some. Last, it was all wrapped up in a sweet HAPPY FOR NOW.

~HERO~
MATEO…Mateo was the other reason this didn’t quite reach 5-Stars. I liked him a lot, but he was no Val. Which sounds silly to say as he is a totally different character, but I wanted a bit more alpha bada$$. I found him just a bit too bland. I also didn’t understand why he was so butthurt when he sees her again. She had NO idea what his real name was or that he was part of a cartel, so how in the world did he expect her to know he was in prison and wait around for him? That said, he was still a very likable hero. He was sweet. He was sexy. He was all about Leighton once he got his head out of his a$$.

~HEROINE~
LEIGHTON…Leighton, I enjoyed quite a lot, well apart from her inability to spit out her secret that is (lol). She was strong. She was feisty. I loved her interactions with Brody. She had a couple TOO STUPID TO LIVE moments, but overall she was a good solid heroine. 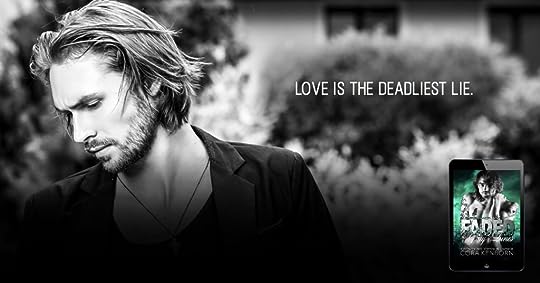 ~SECONDARY CHARACTERS~
There were quite a few secondary characters in this one. Some good…some bad. We see a tiny bit of Val and Eden (which I loved). The main secondary character was Brody, Leighton’s brother, and the hero set to star in book three. I am super intrigued by Brody so I can’t wait to see what this author has up her sleeve for his book.

~HEAT LEVEL~
Low to Medium. I wouldn’t say this was overly high on the heat scale, but we do get a few suitably spicy sex scenes. The frequency felt organic to the story.

~ANGST LEVEL – SEXUAL HISTORIES~
Mediumish. This couple had some major communication issues to start with which I found vexing. Logically I know that if the author cleared up all the miscommunications right off the bat, there wouldn’t be much of a story left to tell. But as a reader, it is often a bit frustrating when things are drug out that normal people would have discussed the minute they saw each other again. Moving on…neither were virgins. Both had slept with other people in the four years they were apart, and there was no OW or OM drama.

~IN THE END~
I enjoyed this one a lot. Like I said, it was a solidly written and well-paced book. The plot was entertaining. There was some heat. Some murder. Some twists and turns. Some revenge. The characters both secondary and main were well developed and intriguing. This one gets a solid two thumbs up from yours truly, and I am looking forward to book three (which I hope doesn’t take another fifteen months to release *lol*)

Callum’s Hell by V.F. Mason releases on May 17th! #DarkRomance #Standalone #DarkAsHell ADD TO YOUR TBR — http://bit.ly/2X2mv9h     ~SYNOPSIS~ She knew no chaos…until I claimed her. She was a florist. He was a serial killer. She …READ MORE

Title: ANONYMOUS Author: L.P. Dover Genre: Romantic Suspense Standalone Release Date: April 23, 2018   ~SYNOPSIS~ My name is Elizabeth Kingston and this is where my story begins. I never thought my life could be so perfect. I have an …READ MORE

Say You Love Me By Sabre Rose

Trapped: Until You Love Me By Mila Olsen