A secret smile.
A haunting kiss.
Life – Interrupted.
Keilen Rivers was the best Lily Campbell never had. He was the promise she didn’t let herself keep. After all, nothing in life seems meant to last, and love is no exception.
When Lily’s life takes an unexpected and tragic turn, she leaves behind both her island home and the boy she could have loved to protect the only family she has left.
But sometimes life takes without giving. Sometimes you cannot bend, only break. And when her career spirals out of her control, Lily can only watch as everything she worked for falls to ruin.
But some lies are hard to come back from. And some promises are made to be broken. Sometimes going home again is the only thing that can save you. But first you have to break. First you have to fall. 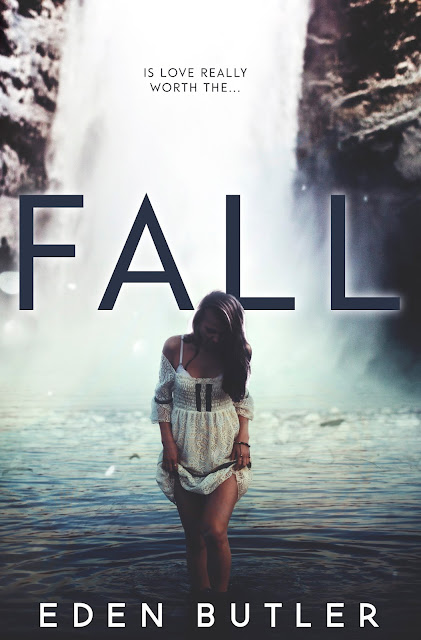 “See, there you go calling me pet names and I still don’t have one for you. Unless you change your mind about buggah…”
“No,” he said, sliding his fingers into her damp hair. “I rather you say to me, na’u `oe so I can say it back.”
“What does that mean?”
He hesitated, only for a moment, the smile lighting up his face lowered, as though unsure if he should tell Lily the truth. She held her breath when he moved his thumb across her lower lip and then Keilen nodded, decision apparently made. “It means ‘you’re mine.’”
“That…” Her breath shuddered then, and she shook against him. “That’s what you want me to say?”
“That’s what I want you to mean.”
The kiss, when it came, reminded Lily of the first one he’d given her, all those years ago on Tommy’s dance floor. There was no Kiki there to force her to say stupid, inappropriate things. There was no Kona smiling like he knew what Keilen wanted to do to Lily once they left the bar. There was only the press of Keilen’s naked chest against her and the warm, smooth glide of his fingers on her back, pulling her close, sinking into the sandy ocean as he lowered his head and moved his mouth to hers.
She had meant it, that ‘your mine’ promise a thousand times in her dreams. She’d spoken it proudly to him anytime he moved through the hallways and half glanced at, half ignored her. She’d wanted to say it a million times before that night on the beach, but had never had him close enough; had never believed he’d want to hear anything similar from her.
But there she stood, under the rich moonlight, letting Keilen Rivers steal her breath, ravage her mouth like a predator she warmly welcomed. She’d say it a thousand times just to keep him close. She’d say it a million more because it was true.
“Keilen?” she said, holding his head still when he didn’t seem able to break away from her kiss. He grunted low, the only response he gave her. “I mean it.”
He didn’t answer. Instead, Keilen stared down at her a little breathless, stretching his neck so that Lily saw the steady quickening of his pulse as he watched her. A look, it seemed and a small confession, could shift this man’s world and leave him dumbfounded. It was a power Lily would have never believed she could wield. But there she was, holding him, that perfect fantasy, between her trembling fingers, living in a daydream on that dark autumn night, meaning the things she’d spoken with a bravery she never really had.
And he believed her. Maybe she believed it too. 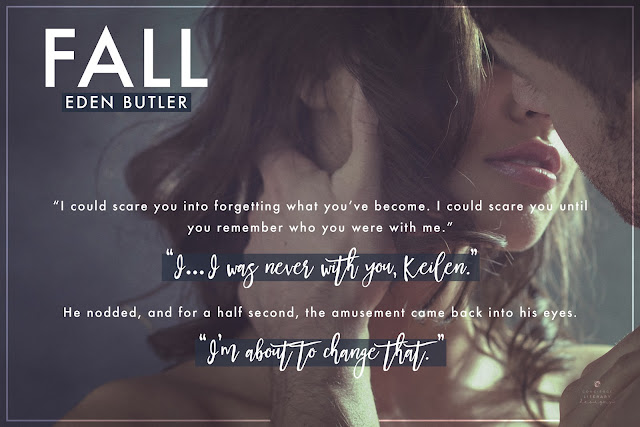 Eden Butler is an editor and writer of Mystery, Suspense and Contemporary Romance novels and the nine-times great-granddaughter of an honest-to-God English pirate. This could explain her affinity for rule breaking and rum.
When she’s not writing or wondering about her possibly Jack Sparrowesque ancestor, Eden patiently waits for her Hogwarts letter, edits, reads and spends way too much time watching rugby, Doctor Who and New Orleans Saints football.
She is currently living under teenage rule alongside her husband in southeast Louisiana.
Please send help.

Nathan’s got his eyes on Emberleigh… Watching Mine by Alex Grayson releases January 19! FOLLOW ALEX FOR NEW RELEASE ALERTS → http://bit.ly/2upSbrK ADD TO YOUR TBR → http://bit.ly/2kNOXKz     ~SYNOPSIS~ My name is Nathan Reines… and I’m a …READ MORE