Hundreds, Book Three in the Dollar Series by Pepper Winters, is available now!! 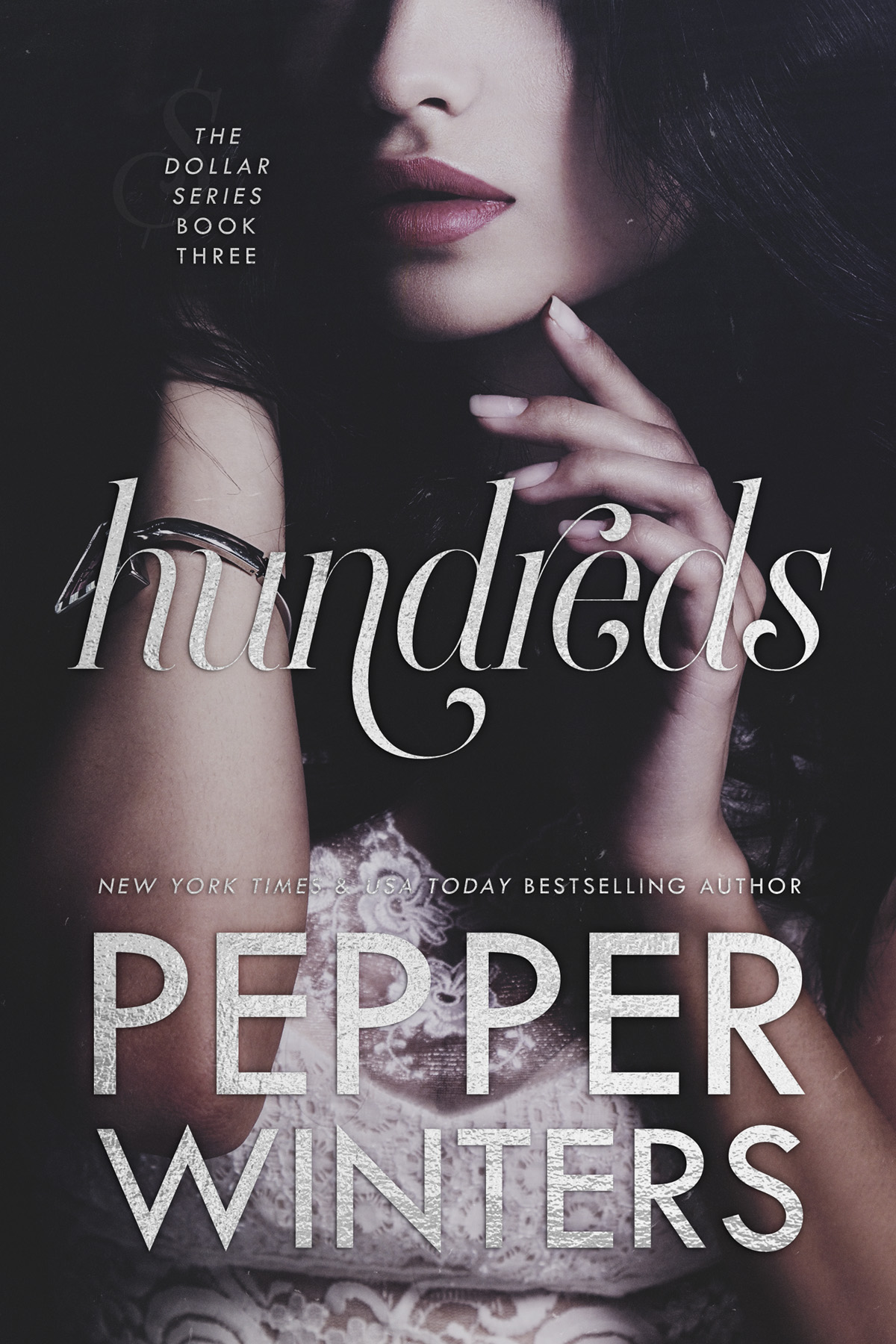 “Elder is the most dangerous man I’ve met. Not because he can hurt me but because he has the power to steal my heart.”

Pimlico used silence as her ultimate shield. But then she was stolen by a thief who became her master and almost-friend. Life will never be innocent again, but perhaps the crimes Elder wants to teach her will keep her nightmares at bay.

Elder thought he could take what he wanted and sell Pim once he was through. However, that was before she did the impossible and stole his last thread of affection.

Now, they have a choice—give in to fate’s odd chemistry or forever remain strangers.

Pim wants Elder’s secrets. Elder wants Pim’s past. To earn such gifts, tasks must be completed, and Pim must do what Elder says—become like him, become a thief—only then will she have the money to buy her freedom.

Pepper is a Hybrid Author of both Traditional and Self-published work. Her Pure Corruption Series was released by Grand Central, Hachette.

Her books have garnered foreign interest and are currently being translated into numerous languages, including already released titles in Italian and Turkish. Audio Books for her entire back-list will be available in 2017.

CONNECT WITH THE AUTHOR

Title: Chased Author: Clarissa Wild Genre: Dark Romance Release Date: February 8, 2018     ~SYNOPSIS~ I’m filthy rich … and ruthless. I live for the hunt. The chase. My desires aren’t exactly normal. But neither is she … The …READ MORE

Upcoming Releases For The Week Of September 12th Through September 18th

Who knew a sweaty photo would be good for business? Now unwanted booty calls are coming in as fast as work orders, and Liam Chase needs to get away. Cue a job upstate. His new client is hot as hell, …READ MORE

RELEASE BLITZ — For His Eyes Only By Lexi Blake

SYNOPSIS A night he can’t forget Five years ago, Nick Markovic found himself consumed by his quest for vengeance. The one time he managed to find peace was in the arms of Hayley Dalton. Being with her was like …READ MORE