I never betrayed my friend.

Last year, I was kidnapped along with presidential candidate’s daughter Lindsay Bosworth, forced to help her assailants, my mother implicated in one of the biggest political scandals in American history.

I’ve been cleared of any wrongdoing, but that doesn’t matter. Once you’re tried by the media, you’re guilty as sin. The truth doesn’t get the public’s attention.

And everyone assumes you’re tainted.

Now I have my own personal security team, courtesy of the United States government. Not the one you learned about in civics class, though.

I’m being tracked by the deep state. The shadow government. They’ve assigned Silas Gentian to be with me twenty-four seven. He thinks he knows everything about me – all of it bad — and he does.

Like everyone else, he assumes I’m a traitor. A backstabber. A betrayer. Someone who helped a group of violent psychopaths, puppets of powerful men in Washington who made me into a tool.

Yet I see how he looks at me. True desire can’t be faked.

And that goes both ways.

He assumes I’m trying to fool him.

But not for the reasons he thinks.


A Shameless Little Con is the first book in the Shameless trilogy by USA Today bestselling author Meli Raine.

~EXCERPT~
Life is about blending in now, an impossible task for someone who has more notoriety than Monica Lewinsky. Shame is a booming industry, one with capital and debt, profit and loss sheets, one that trades in the hard currency of humiliation and intrigue. My ringing phone would be a constant reminder of my ongoing debasement, so I turn it off. Pretend there is no sound.

Pretend in order to function, because if I let myself receive a notification every time someone mentioned me, I’d be buried in cacophony, shattered by so much noise I would dissipate, particles of Jane Borokov in the air everyone breathes, and we can’t have that.

If I did that, I wouldn’t exist, and right now my best defense is just existing.

No one believes me.

And as time passes, I see that what people actually believe doesn’t matter.

It’s what you can manipulate them into feeling that counts. Media reports about my so-called heinous actions last year are all about stoking the furious fire of public anger. Get them outraged. Get them frothing. Pitchforks and torches are so twentieth century.

Move on to the next scandal.

It’s all part of your life, right?

Until you are the shame sacrifice of the day. Week. Month.

We’re trained to seek high rewards, but the internet lets us do it with low effort. Got to get that dopamine fix somewhere, right?

I start, spilling a bit of the crema from my latte on my hand. The perfect heart at the center of the foamy milk on the surface of my coffee turns into a mangled, jagged mess.

“Jesus! You scared me.” I keep my voice to a low hiss, mortified by all of the layers this interruption is breaching. I refuse to look at him, because if I look at Silas Gentian, my newly assigned bodyguard and babysitter, I’ll see disgust.

And while I’ve gotten used to it from everyone else, I still can’t stomach seeing it reflected back at me from him. 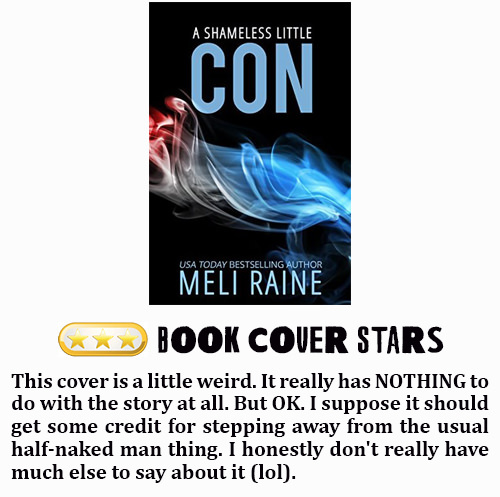 It feels like it’s been AGES since I have read the HARMLESS series by this author. I loved that series so you can imagine my excitement when I learn we were getting a trilogy about Jane! And this author DID NOT disappoint. I loved every minute of this one. The writing. The characters. The twist and turns. Oy vey was it a fantastic read.

~WRITING – PLOT – PACE~
I found this one to be fantastically well written. It was perfectly paced, and I never felt the need to skim. The plot was incredibly engaging and kept me turning the pages like a madwoman. I suppose technically this could be read as a standalone but “I” wouldn’t recommend it. You really need to read the HARMLESS series to get the full set up and history of what takes place with these characters. As this is a trilogy it, of course, ends on a cliffhanger. A rather HUGE cliffhanger at that. ~HERO~
Silas…I liked him. He was a bit of an a$$hole at times (especially in the beginning) but I warmed up to him over the course of the book. He was closed off. Stoic. Kind of judgy at times. But we also get glimpses of his more soft side (especially near the end). I’m looking forward to seeing how his character grows and (hopefully) opens up even more as the trilogy goes on. As for his past sex life, there isn’t a SINGLE mention of it.

~HEROINE~
Jane…whereas I liked Silas a lot I ADORED Jane. Man this poor woman and the way she is treated by just about EVERYONE made my heart break for her. Yes, yes, it looks like she betrayed everyone, but NO ONE gave her the benefit of the doubt? She was such a strong yet so super vulnerable heroine. The author did an excellent job capturing this characters shame, anger, and pain.

~SECONDARY CHARACTERS~
Most of the secondary characters in this one consist of people from the HARMLESS series. Since this trilogy is basically a continuation of that one that was to be expected. I did like the addition of Alice and I hope we get to see more of her in upcoming books.

~HEAT LEVEL~
None. There was no sex in this one. We get some kissing and heavy groping near the end, but this was a SLOW BURN.Usually, I do not like slow burns, but in this instance, it worked well for the story. The couple had some good on page chemistry.

~ANGST LEVEL~
Low to medium. I guess it depends on your definition of what angst is. “I” didn’t find it particularly angsty. The main characters go from disgust (on his part) to attraction slowly. This leads to a lot of moments where the hero is a jerk. Of course, the heroine isn’t liked or trusted by basically anyone for most of the book which again leads to angst. There wasn’t any OW or OM drama. Neither’s sexual past is brought up.

~IN THE END~
It was FANTASTIC. I was sucked in from the first word and read it straight through to the end. The characters were intriguing and well developed. The plot was intriguing. It had twists and turns. Sweet moments. Sad moments Shocking moments. I really wish it were March already so I could dive right in to book two tout suite. This one gets two HUGE thumbs up from yours truly.

COVER REVEAL — After Our Kiss By Nora Flite

After Our Kiss, an all-new, dark and sexy standalone from Nora Flite is coming August 29th! After Our Kiss by Nora Flite Publication Date: August 29th, 2017 Genre: Contemporary Romance   SYNOPSIS I was thirteen when I was kidnapped. Fourteen …READ MORE