In Vegas, there was one man who was off limits. One man… and I fell for him.

I knew there were risks. Still, I played the game. When Dario Capece called, I answered. When he beckoned, I came. When he broke all my rules, I looked the other way.

I knew there were risks. I just never realized they included death.

Alessandra Torre is an award-winning New York Times bestselling author of fourteen novels. Her books focus on romance and suspense. Torre has been featured in such publications as Elle and Elle UK, as well as guest blogged for the Huffington Post and RT Book Reviews. She is also the Bedroom Blogger for Cosmopolitan.com.

I am always a little afraid of being disappointed when it comes to sequels, especially when I enjoyed the first book so much. I worry it isn’t going to live up to its predecessor, or the author is going to take the characters in a direction I don’t like. So I was a bit nervous going into this book. I needn’t have been though because I enjoyed book two just as much as I enjoyed the first.

The writing remained outstanding. It was well paced (for the most part). There was a small bit around three-quarters of the way through when the plot did start to lag a bit for me, and I felt the author could have tightened up the story a bit. But it wasn’t a bit enough issue for it to affect my rating in any way. The plot remained engaging. There was no OW or OM drama. The sex scenes were suitably spicy. 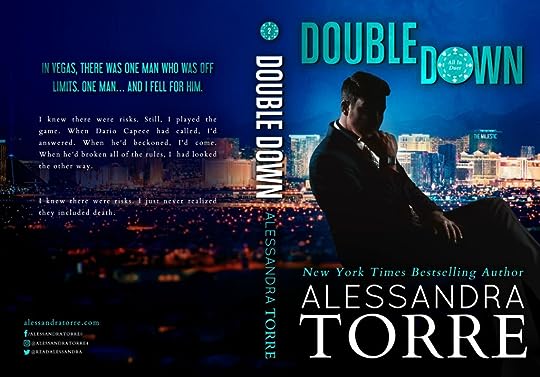 This book was a bit lighter on secondary characters than the first. We get a couple of brief appearances by Rick and Lance. I was a smidgen bummed by that, and I hope we see them again in books of their own. We are also introduced to a new character…Laurent. I was super intrigued by him, and yea…he needs a book of this own as well.

Both Bell and Dario continued to be very likable main characters. Their chemistry remained off the charts. As did their devotion towards each other. Last, this was all wrapped up in a sweet HAPPY FOR NOW. I will say, I expected closure on all fronts, this being a duet and all. But we are left with a pretty sizeable loose end. Because of that, I can only assume more books may be coming?? In any case, again it wasn’t a huge enough issue to affect my rating. Plus, more Bell, Dario, and their friends can only be a good thing in my opinion.

She calls me a madman…I call her mine. Madman’s Method by V.F. Mason is dark, twisted and addicting! AVAILABLE NOW! Amazon — https://amzn.to/2Lea7z2 FREE with Kindle Unlimited     ~SYNOPSIS~ Once upon a time a sinner, a priest and …READ MORE

This Nov 5th, vote for love. #MrPresident #VoteforHamilton #VoteforLove PREORDER LINKS Amazon: http://amzn.to/2dwO5GF iBooks: http://apple.co/2dPYPQr BN: http://bit.ly/2dNp2hl Kobo: http://bit.ly/2cQp2Rv Eve1972Hi there! I’m a mom and wife by day (and night), aspiring writer (in my dreams), and an avid reader (every day of the week). This …READ MORE

Coming April 3rd   Pre-order exclusively via iBooks HERE   LaurenGoing back to work was supposed to be a painless transition, but when my new boss turns out to be an arrogant, cocky jerk, he ...READ MORE