Javier Estrada is the king of Mexico.

A cruel madman with a killer smile.

And he is my boss.

My duty is to blend in, clean his home, and not make a peep.

Imbedded myself so deep in his world, he’s never going to get me out.

But I am this king’s worst nightmare.

Bad men like him took everything away from me.

I will never forget.

He will pay for the sins of many.

When I strike, he won’t know what hit him.

But I’m not just anyone.

He will bow to me. 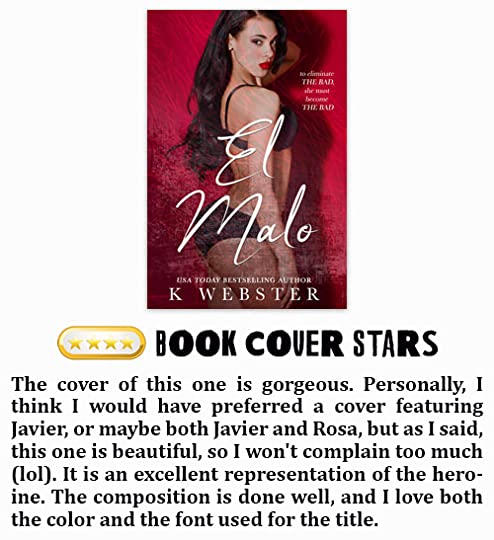 ~WRITING – PLOT – PACE~
CHRIST ON A CRACKER…this book was SOOOO good. So very good. The writing was fantastic (honestly when isn’t it with this author)? It was fast paced. It was told in a dual POV format. The plot was super engaging and kept me on my toes. It was sexy. It was hot. It was sweet. It was full of blood and ball torture. Lots and lots of ball torture. I don’t even have balls and I was in pain (lol). It had secrets and lies. Twists and turns. Last, it was all wrapped up in a very satisfying ending.
~HERO~
JAVIER…OMG Javi, where do I even begin? First, I LOVE the name Javi, LOVE IT. Good lord was this guy f-cking hot. He danced. He smoked candy apple cigars. He was sweet. The way he called Rosa “mami”…mama mia…it had my tablet smoking. On top of that, he was bada$$ and took no sh!t. You don’t f-cking touch Javier Estrada’s girl…EVER. He didn’t appear to be a manwhore. He was a totally swoon worthy hero.

~HEROINE~
ROSA…I adored Rosa just a smidge less than Javier. At the very beginning, she came across a bit like a doormat to me. There is one scene in particular where I wanted to shake her and say; “WTF…are you thinking??!!” But it wasn’t long before she came to her senses and I ended up loving her just as much as Javi. Her character grew stronger and more feisty. She was a very good heroine. 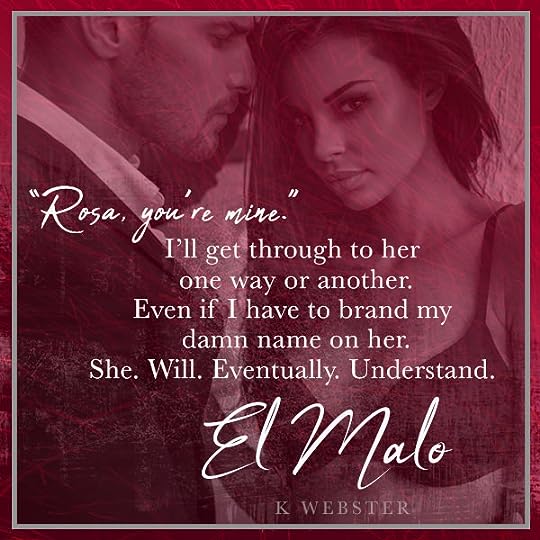 ~HEAT LEVEL~
High. There were plenty of smokin’ hot sex scenes in this book, and this couple had amazing on page chemistry. There is also some exhibitionism in this one.

~ANGST LEVEL – SEXUAL HISTORIES~
High. This one was fairly angsty mostly because of the secrets being hidden. I spent most of the book waiting for the other shoe to drop. That said, the couple themselves were pretty solid through the entirety of the book. Neither were virgins. There was no OW drama. Javier didn’t come across as a manwhore. There was some OM drama, and there were a couple scenes with Rosa having sex with an OM. There was also (HIGHLIGHT FOR SPOILER) rape…Rosa is raped by this OM later in the book.

~IN THE END~
I adored every second of this one. The writing and pace were both excellent. I adored the setting (I have a thing for narcos *lol*). The characters were likable, and I loved the Spanish sprinkled throughout. It was edgy. It was dark. It was twisted, but it was also sweet and romantic. It pretty much checked off every single box for me (and then some). Therefore yours truly is going to give it two very HUGE thumbs up. This will definitely be going into my reread pile.

Today we are sharing a teaser reveal for the upcoming romantic suspense title by Alex Grayson. TROUBLE IN HELL is the first title in her Hell Night Series and it will be releasing on October 18th. You can pre-order …READ MORE

*Short & Dirty Novella.* “A pair of lips so innocent and sweet should never utter such nasty words.” His tone held an edge of authority that made my body quiver. Direct and to the point, what he expected both thrilled …READ MORE

Deep Control by Annabel Joseph Publication Date: January 22nd, 2018 Genre: Contemporary Romance     ~SYNOPSIS~ Not all fantasies are safe, sane, and consensual. Welcome to the world of The Gallery… Devin’s a pilot ...READ MORE

The Devil’s Duet By Eve Charles

DIRTY. DARK. DELICIOUS. The Devil’s Duet is coming soon from none other than Eva Charles! Depraved releases February 21st, 2019. Delivered releases March 21st, 2019. AND WE ARE DYING OVER THESE COVER IMAGES!   ...READ MORE