Sometimes it only takes a minute. A connection of eyes across a room, and everything changes. I was a cocktail waitress with a fondness for partying and meaningless sex. He owned half of Vegas, with the reputation to match. I should have turned away. Instead, I stepped closer. Then, the lies started. Rumors spread. Stalking commenced. And someone died. None of it stopped me from falling in love.

Alessandra Torre is an award-winning New York Times bestselling author of fourteen novels. Her books focus on romance and suspense. Torre has been featured in such publications as Elle and Elle UK, as well as guest, blogged for the Huffington Post and RT Book Reviews. She is also the Bedroom Blogger for Cosmopolitan.com. 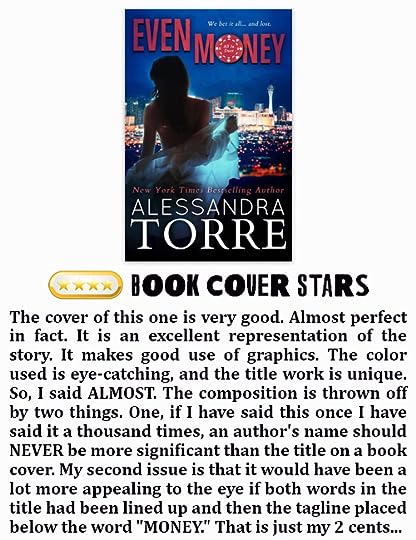 ~WRITING – PLOT – PACE~
So honestly, if I had known when I was signing up for this book that the hero was married I probably would have given it a pass. I am not a fan of cheating. But man, that would have been a HUGE mistake on my part because this book turned out to be majorly eccellente. The writing was fantastic. It was very well paced. The plot was super engaging and had me hooked from the getgo. I loved the setting as well. Last, that cliffhanger of an ending…cazzo di inferno. How could you do me this way, Miz Torre!? Book two better release before I am off to Italy for two weeks! *squinty face*

~HERO~
DARIO…Well first, I really needed to do a complete brain bleach because my FIL’s name is Dario…and NO, just NO. Carrying on… I adored Dario. He really was perfect hero material. He was sexy. He was sweet. He was caring. He was bada$$. He was enamored with Bell right from the start. I am figuratively salivating in anticipation of watching him exact his revenge in book two.

~HEROINE~
BELL…Bell was just as awesome as Dario. She was feisty. She was strong. She was sweet. She was independent. She was a great friend. I loved how she lead Dario on a merry chase and didn’t just fall at his feet. There wasn’t anything I didn’t like about her character. 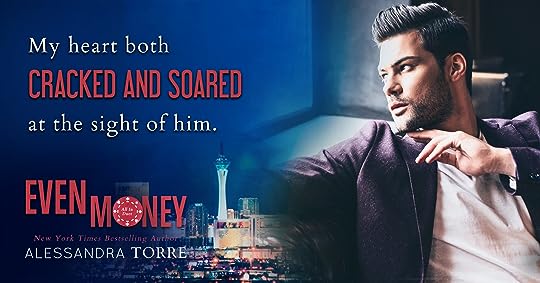 ~SECONDARY CHARACTERS~
There were so many awesome secondary characters in this one. I LOVED Bell’s bosses (and friends), Rick and Lance. I loved Bell’s roommates. I even liked her fuck buddy Ian, and Dario’s wife Gwen <— and kudos to this author for not making Dario’s wife a crazy bitch!

~HEAT LEVEL~
Low to Medium. There are a handful of spicey scenes in this one, but it is pretty late into the book before this couple has intercourse. I am usually not a fan of slow burn romances, but it worked very well in the instance. Plus, this couple has AMAZING on page chemistry.

~ANGST LEVEL – SEXUAL HISTORIES~
Low. I didn’t find this one particularly angsty, to be honest. This couple’s attraction was pretty insta (especially on the hero’s part). There are a few ups and downs, but for the most part, they stay pretty solid throughout. Neither were virgins. Dario is married, but it is a marriage of convenience. Gwen is his best friend, and they tried once over ten years earlier to make it a physical relationship, but neither were interested in each other that way. He also starts the book with a mistress, and a waitress he f-cks. He ends both relationships when he meets Bell. Bell has a fuckbuddy (Ian), that she does have sex with a few times on page (but it isn’t overly detailed). I *think* she actually slept with him once after she meets Dario, but before they become anything. Other than those things, there wasn’t any OW or OM drama.

~IN THE END~
I LOVED it completely. From beginning to end this book had me in its grasp. The writing was excellent. It was fast paced. The plot was engaging. The characters, both main and secondary were intriguing and well developed. The chemistry between Dario and Bell was electric. And that ending…OMG…ripped my heart out. I seriously need to get my hands-on book two ASAP! Therefore, yours truly is going to give this one two HUGE thumbs up, and strongly suggest you add it to your TO READ list immediately.

COVER REVEAL — When in Rome By C.J. Duggan

It’s Your Party, Die If You Want To (A Liv And Di In Dixie Mystery #2) by Vickie Fee

Between a riverboat gambler-theme engagement party and a murder mystery dinner for charity, Dixie, Tennessee, party planner Liv McKay is far too frenzied to feel festive. Add to the mix her duties at the annual businesswomen’s retreat and the antics …READ MORE

COVER REVEAL — The Day She Cried By K. Webster

The Day She Cried By K. Webster Publication Date: October 17, 2017 Genres: New Adult, Contemporary, Romance   ~PRE-ORDER~  iBooks | Kobo   ~SYNOPSIS~ She was my first love. She was my first hate. The very sun in my world …READ MORE