He was an artist. She was his muse.

To everyone in town, Abel Adams was the devil’s spawn, a boy who never should have been born. A monster.

To twelve year-old Evie Hart, he was just a boy with golden hair, soft t-shirts and a camera. A boy who loved taking her picture and sneaking her chocolates before dinner. A boy who made her feel special.

Despite her family’s warnings, she loved him in secret for six years. They met in empty classrooms and kissed in darkened church closets. Until they couldn’t.

Until the time came to choose between love and family, and Evie chose Abel.

But the thing about legends is that they are cautionary tales. They are made of choices and mistakes. And for Abel and Evie, the artist and the muse, those mistakes come in the form of lights, camera, sex.

NOTE: This is NOT a paranormal or a priest romance.

Saffron is a big believer in love (obviously). She believes in happily ever after, the butterflies and the tingling. But she also believes in edgy, rough and gutsy kind of love. She believes in pushing the boundaries, darker (sometimes morally ambiguous) emotions and imperfections.

The kind of love she writes about is flawed just like her characters. And she hopes by the end of it, you’ll come to root for them just as much as she does. Because love, no matter where it comes from, is always pure and beautiful.

She is represented by Meire Dias of Bookcase Agency 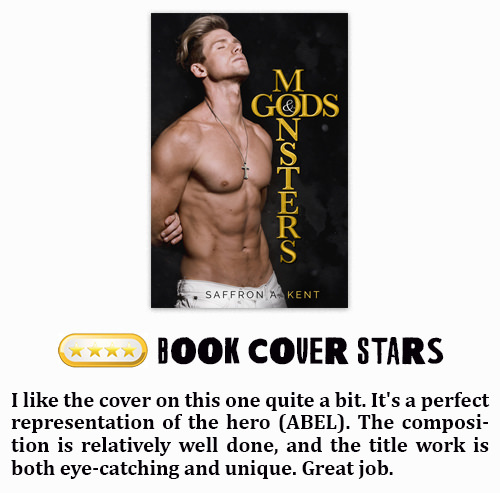 I had previously read THE UNREQUITED by this author a while back and LOVED it. So when I saw she had a new book being released I pretty much broke my finger hitting the request button. And again history has repeated itself. I LOVED this one as well. Did it blow me away as much as THE UNREQUITED did? Well not QUITE as much, no. But it was still a fantastic read.

~WRITING – PLOT – PACE~
The writing was phenomenal. The pace (for the most part) was perfect. The plot was engaging. It was well developed. It was multi-layered. It was heartbreaking. It was sweet. It was sexy. It was angsty. It had anger. It had pain. It had a ton of feels. It had redemption. The story is divided into three parts THE SIN that comprises the first 38% of the book and spans the ages of 12-18 (for the heroine) and 14-20 (for the hero). I loved this part. Watching these two kids fall in love. The discrimination aimed at Abel broke my heart. I hated that town with a passion. But even among the weeds, we got glimpses of some good caring people. Part two is THE FALLand it covers 38% – 81%. I found this part a bit slow. Nothing too bad as I was still thoroughly enthralled with the story. This is where the sexy times start. The characters grow more complex. My heart broke for each of them because the writing was on the wall and like the title implied they were headed for a fall. The last part is THE LEGAND and this was my favorite part of the book. It was super emotional. Heartbreaking. Abel’s pain as he realized what he had done was agonizing. It dripped from the pages. It broke my heart. But out of that pain rose two stronger young people. A stronger couple. And the ending for me was simply perfect.

~HERO~
ABEL…I ADORED him. He was pretty much perfect book boyfriend material. He was sweet. He was sexy. The way he was treated by the people of this town broke my heart. I wanted to hug him. I wanted to be his friend. He adored his “PIXIE” right from the start. His love for her was epic. But also obsessive. He was a very complex character. He had demons and resentment. He had this anger that at times I thought maybe the author was going in the direction of making him abusive. I struggled a bit with his character in part two. His decisions. His behavior. At times I wanted to shake him and yell “What are you doing??!!” He killed me in the last 20%. Like I said above his pain and realization at what he had done oozed off the pages. He was an amazing hero.

~HEROINE~
PIXIE (EVIE)…I ADORED Pixie as well. She was feisty. She was sweet. She wore her heart on her sleeve. She had her own demons in the form of her mother. She loved Abel with everything she had. She never wavered in that love. But she wasn’t a doormat and when a tough decision needed to be made, she acted even if it was tearing her heart to pieces. She was mature beyond her years.

~SECONDARY CHARACTERS~
There were quite a few secondary characters. Although none really play a HUGE part in the book, they all added a good layer of depth to the story. I LOATHED Evie’s parents. Especially her Mom, but her Dad was NO better in my opinion. I loved Evie’s friend Skylar and call me crazy but I kind of liked Duke as well. I feel like maybe there is a story needing to be told for Duke and Sky!

~ANGST LEVEL~
High. This was a fairly angsty book. Most of it coming from outside sources (the town and parents) in part one. In part two and three the angst comes from the couple themselves. Their behavior and decisions. There was never any OW or OM drama.

~IN THE END~
I loved it. It was an amazing read. Fantastic well developed plot. Intriguing multi-layered characters. Heartbreak. Pain. Feels. Redemption. An epic coming of age love story that I can’t recommend highly enough. This author has earned herself a firm place on my “must read” list. I can’t wait to see what she has up her sleeve for is next. Yours truly is giving this one two HUGE thumbs up.

Title: Cold as Ice Series: Tempered Steel #6 Author: Maggie Adams Genre: Romantic Suspense Release Date: March 7, 2017   Blurb He wants her to be his lover…she wants to be his forever. Nick Coalson is abrasive, arrogant, and an absolute …READ MORE

Amazon iBooks Nook     The sins of his past can’t be forgiven. Mason Thatcher gave me chills when I first laid eyes on him. The good kind. The kind that makes your body ache and your heart hammer. What’s …READ MORE

Coming May 9th   He’ll show her exactly what’s under his kilt.MollyThe first time I saw Mr. McGowan, he was walking into our class wearing a kilt. Our substitute professor, he was big and brooding, masculine, and had a sexy …READ MORE

BLOG TOUR — Worth the Wait by AJ Pine

Naughty Secrets by Sarah Castille is releasing on June 5th! Check out the cover now!     ADD TO YOUR TBR → http://bit.ly/2Io55Nr SIGN UP to get a release alert when it’s live → ...READ MORE