~SYNOPSIS~
Pleasure is business.
That’s our motto here at Hotel O.
No strings attached gratification is what we provide. Nothing is off limits.
And all of it stays within these walls.
My job as the organizer of these events requires a personal sacrifice.
Girlfriends are a liability I can’t afford.
So I get my own satisfaction somewhere else.
Online.
Anonymous.
Nothing beyond a one-night stand …
And I’ve found the perfect toy to play with.
A persistent, equally wicked girl that I can’t say no to.
The girl who’s going to make me risk it all.
Welcome to Hotel O … Enjoy your stay.
Author’s Note: Hotel O is complete and utter filthiness. Expect lots of debauchery … with multiple people. Please do not read if you’re easily offended or do not enjoy romances that explore the boundaries of depravity … Don’t say I didn’t warn you.
~BUY NOW FOR 2.99~ 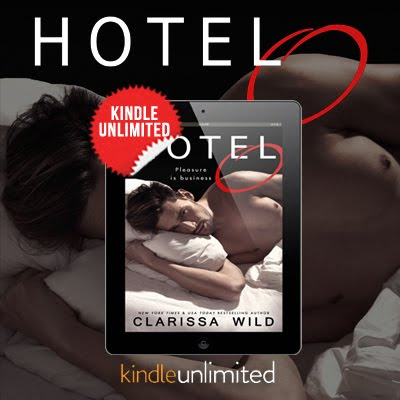 ~READ AN EXCERPT~
“On your knees,” he growls.
I do what he says, crawling off his lap as if I’m some kind of pet. A real kitten, sitting right there between his firm, muscular legs while he stares down at me with content in his eyes.
That … and a hint of hunger sparkling in his pupils.
I could stare at those eyes all day long.
Fuck, what is wrong with me?
I’ve only seen him a couple of times, and most of the time, he was an asshole. I can’t fall head over heels with someone like him. Can’t let this be more than a game. Even if it’s a fucking delicious sexual game at that.
And I do like where it’s going when he brings his fingers to his mouth and takes a lick.
“Hmm …”
My whole body electrifies at the sound of his hum and his approval of my taste.
My eyes follow his hand as it trails down his shirt, where I wish he’d pull open the buttons so I could have a peek at those rippling muscles. Instead, he brings it down to his pants … and the rock-hard dick underneath.
He unzips and pulls it out.
My mouth salivates at the sight of his length. Delicious and right in front of me, it’s ready for the taking.
I lean forward, my mouth opening to take him in, but he holds it steady with his hand and says, “Don’t be greedy.”
I pause and inch back. “But I want to—”
He silences me with a finger on his lips and a soft, “Shh,” adding, “It’s my turn now.”

Clarissa Wild is a New York Times & USA Today Bestselling author of Dark Romance and Contemporary Romance novels. She is an avid reader and writer of swoony stories about dangerous men and feisty women. Her other loves include her hilarious husband, her two crazy but cute dogs, and her ninja cat that sometimes thinks he’s a dog too. In her free time, she enjoys watching all sorts of movies, playing video games, reading tons of books, and cooking her favorite meals.
Want to get an email when my next book is released? Sign up here to receive 4 FREE short stories: http://eepurl.com/FdY71 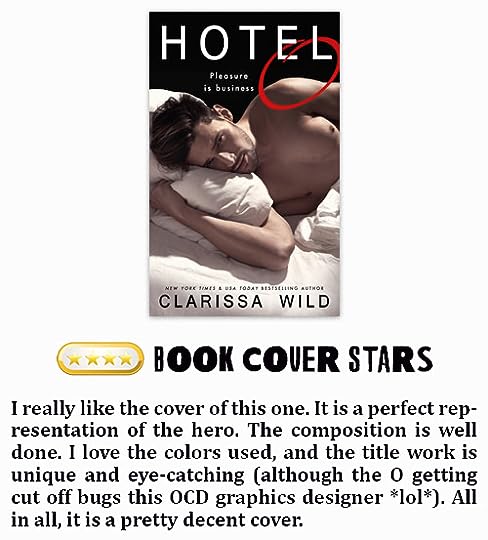 ~WRITING – PLOT – PACE~
MAMA MIA…This book was SCORCHING HOT. Which was both good and bad (for reasons I will get into in a sec). First the good…this was a very well written book. It was well paced. It was told in a dual POV format. The plot was engaging, and I found it to be quite unique. As I said above, this was a super hot book, and for the most part, I loved that about it. That said, I would have liked to have seen a bit more interaction between Kat and Declan outside of the sex. Having sex or talking about having sex if pretty much ALL they do. So it was a little hard to fully buy into these two having an HEA long term if you took away their sexual connection. It was just a minor issue though. Last, it was all wrapped up in a happy for now ending.

~HERO~
DECLAN…Declan was an a$$hole for a lot of this book. He treated Kat like trash a lot of the time. That said, she kept coming back for more, so who am I to hold his behavior against him? (lol) He was also smokin’ hot. He was a dirty talker. He was alpha. I ended up really liking him by the end.

~HEROINE~
KAT…Kat was a difficult character to like, to be honest. I get humiliation was her thing hence why she kept coming back for more from Declan, but lord did I cringe on more than a few occasions. I desperately wanted her to grow a backbone. I also struggled with some decisions she made. She crossed lines that were not hers to cross. I mean the chick figuratively threw her Dad under the bus! That said, she had her moments, so again, it was just a minor issue.

~SECONDARY CHARACTERS~
This book was very low on secondary characters. I really liked Flynn though and I hope the author plans on writing a book for him. Speaking of Flynn, there was actually something that made NO sense to me concerning him and the heroine. I put it in spoiler tags… (HIGHLIGHT TEST FOR SPOILER) How could the heroine NOT know where he worked? They were BFF’s! Didn’t she ask him where his job was? I can understand him keeping certain aspects of the hotel a secret, but she acts like she has never even heard of the place before?? That whole scenario left me scratching my head! The only other few we see are a couple coworkers and Kat’s mom and dad. The majority of the plot is main character focused.

~ANGST LEVEL – SEXUAL HISTORIES~
Medium…this was a somewhat angsty read. The hero does quite a lot of pushing and pulling. He also treats the heroine badly quite a few times. The heroine does some questionable things as well. Neither were virgins. There was no OW drama. There wasn’t any OM drama, in the sense of an OM causing drama between the couple. The hero shares the heroine with another man once, and the heroine takes part in a gang bang (Sans the hero). There is also talk that the hero will share the heroine again in the future but only if he takes part as well.

~IN THE END~
I enjoyed it quite a lot. There were a couple little issues that kept me from rating it higher, but they were just small things. Overall it was a well written and quick read. The sex scenes were scorching. The plot unique. The characters (mostly) likable. Therefore yours truly is going to give this one two thumbs up.

BLURB My Sin. Her Redemption.   I’m the man your momma warns you about.  The one you never want to meet in a dark alley. I fight and protect me, mine, and my own. ...READ MORE