Legacy of Succession by Anna Edwards is LIVE!

“Welcome, ladies, the next few weeks will decide your future. But before all that, let me introduce you to my son, Nicholas. To one of you, he’ll be a future husband. To the rest, a nightmare who will haunt your dreams for whatever time you have left.”

Victoria, born into a life of luxury, is about to discover that this will cost her a chance of freedom. She’s been hidden away to protect her virtue. Will the sheltered life leave her struggling in upcoming trials?

Nicholas is the son of a Duke. He’ll inherit the title on his thirtieth birthday. He’s been prepared for this moment all his life, but he didn’t count on falling for one of the girls he has to torture to choose a bride.

The ‘Legacy of Succession’ is a dark romance set in a corrupted aristocratic family. Nicholas is arrogant and driven; Victoria is the chaste rich girl. Together, can they free themselves of a society intent on corruption and inflicting pain that’ll destroy more than just their lives?

Let’s build a better world together rather than just extinguish the fires of hate.

Anna hails from the rural countryside near London. She previously worked as an accountant, and while she still does a bit of accountancy on occasion, the majority of her time is now spent writing and looking after her family.

An avid reader herself, Anna turned to writing to combat depression and anxiety after her diagnosis in 2015. She loves travel, hunky heroes with dirty mouths, demure but spunky heroines, and dramatic suspense. You will find all four woven into each of her magical stories. 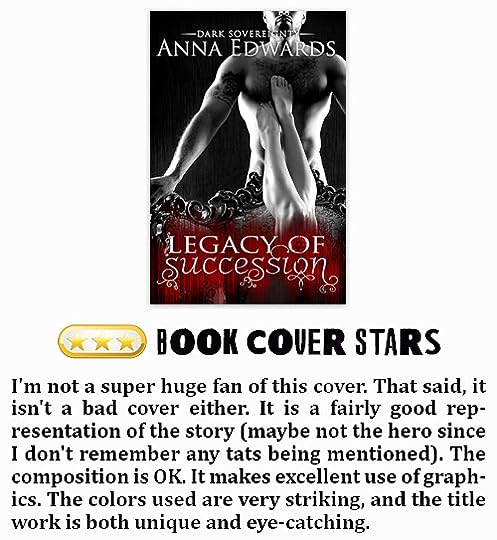 ~WRITING – PLOT – PACE~
I am not really sure how I feel about this book. On one hand, it had me hooked and turning the pages like a madwoman. On the other hand, there were things that were a bit too much for me. I struggled to believe Victoria would feel ANYTHING other than disgust and hatred towards Nicholas. I certainly didn’t buy into her falling in love with him. That said, the writing was very good. It was well paced. The plot was actually super engaging despite it being a little over the top at times. A bit like a Victorian soap opera complete with a secret society (lol). Last, it was all wrapped up in a decent happy for now ending.

~HERO~
NICHOLAS…I could not stand Nicholas through the entirety of this book. He was nothing but a HUGE pussy that had NO backbone and did everything Daddy told him to do. I stopped giving a shit about him the minute he took part in Victoria be humiliated, whipped and tortured so badly she was kept in a coma for three days and almost died. Not to mention, he lets one of the other women suck him off after claiming to have feelings for Victoria. Nicholas is pretty much the sole reason this book didn’t get a higher rating.

~HEROINE~
VICTORIA…Victoria was the complete opposite of Nicholas and I ADORED her character. She was strong. She was feisty. She was kicka$$. She held her own despite being repeatedly abused and humiliated. I didn’t buy into her falling in love with Nicholas at all. Not after what he allows to be done to her. Nor after she finds out about the OW bj, but her character is what earned this book an extra half star. 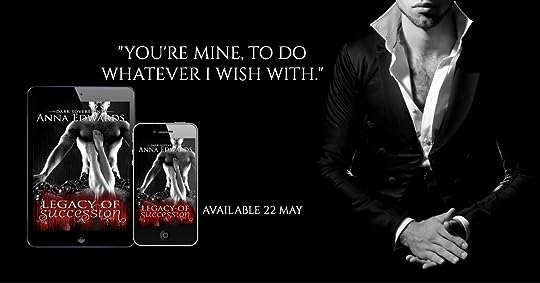 ~SECONDARY CHARACTERS~
There were actually quite a few interesting secondary characters in this one. A couple I loved and ended up being sad over. More than a few I hated and was ecstatic to see them get what was coming to them. The main secondary character being Nicholas’s brother William, who is autistic and whose book is up next in this series.

~ANGST LEVEL – SEXUAL HISTORIES~
High. This one was pretty angsty. Victoria is subjected to a lot of things. Physical abuse. Sexual abuse. Verbal abuse. Normally I am not overly bothered by such things as I tend to read some pretty dark books, but I felt the whipping with humiliation scene was a bit too much. It is hard to believe a person would forgive (let alone fall in love) with someone that allows them to be almost beaten to death. There was also some OW drama in the form of the hero allowing another woman to give him a BJ while he was drunk. <— completely unnecessary in my opinion and was another reason that stopped me from connecting fully with this couple. There was no OM drama. Victoria was a virgin which usually annoys the f-ck out of me, but worked in the context of this particular story. Nicholas was a manwhore and we get to hear the lovely details of his threesome the night before he meets the heroine at the start.

~IN THE END~
This one was a bit of a mixed bag for me. The plot itself was very good. I thought it was quite original, and it had a bit of a Victorian old-time atmospheric feel to it. I loved the setting (Britain). The secret society legacy. The writing itself was also very good. It had some well developed secondary characters. I ADORED the heroine. All very positive points, but I just never warmed up to Nicholas. He was way too weak for my liking, and he allowed horrible things to be done to Victoria. Add in the OW stuff, and I never felt a believable connection between these two characters. Still, I enjoyed it enough (and I loved William) so I am totally onboard with giving the next book a chance.

Have you not yet met Roman Cavenaugh, or do you want to share him with a friend? USA Today bestselling author J.L. Berg’s BEHIND CLOSED DOORS is on sale for just .99c for a very limited time! Find out more …READ MORE

RELEASE BLITZ — A Little Bit Like Love By Brooke Blaine

BLOG TOUR & REVIEW — Faking it With Damian By DJ Hunnam

Faking It with Damian By DJ Hunnam Publication date: January 23rd 2017 Genres: Contemporary, Erotica, Romance   SYNOPSIS I don’t do relationships… especially not with egotistical jerks like my new boss, Damian Wood. The man is ...READ MORE