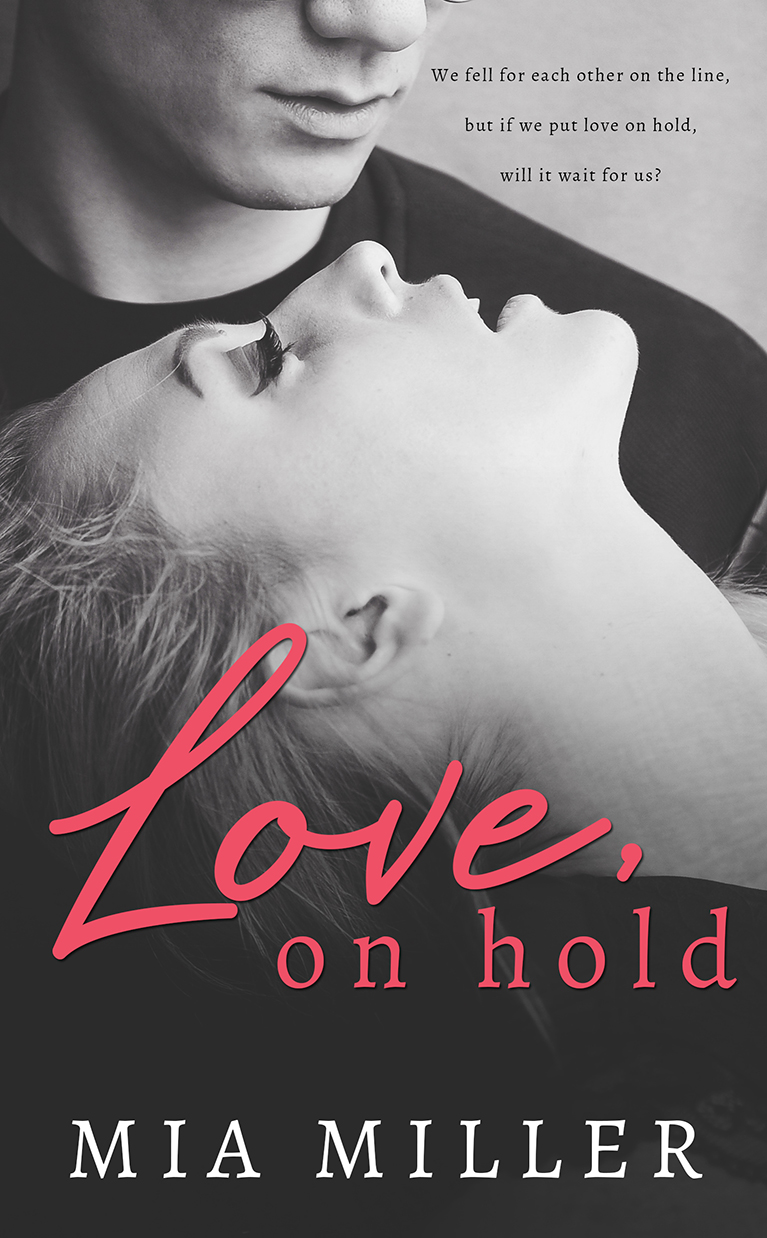 We both put love on hold until now. How long will love wait for us?

Three-forty-five in the morning: unknown number calling.
Send the stranger on their way and go back to sleep, right? Except – his gruff voice made me think twice.

I was a small girl with big dreams. I juggled college, charity, and a job while dodging an annoying ex. Getting to know a guy? That was way down on my list. So I had every intention of ignoring sexy Joel Thomas when he woke me up.

But he wouldn’t let me. When did texting and calling turn into feelings? We kept our identities a secret and didn’t see each other. Yet, we fell in love.

Will our chemistry stand the test of reality? 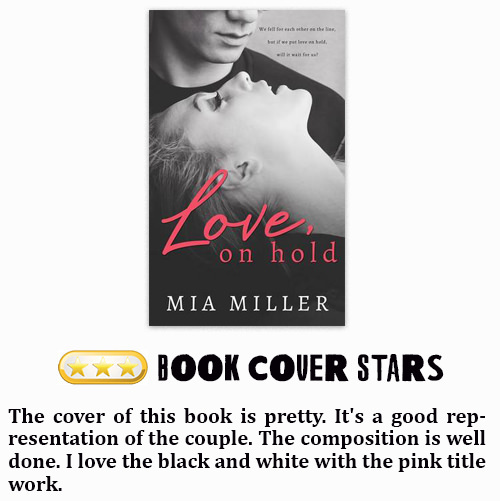 ~WRITING – PLOT – PACE~
This one was an OK cute for me. I thought the writing was pretty decent for a debut novel. That said, there were also a couple issues with it that affected my rating. One, it took WAY too long for them to actually meet in person (halfway through the book) and, two, there was too much cliché OW and OM drama. Still, the premise was cute (although I have seen WAY too many Criminal Minds episodes to find it believable that anyone with half a brain would continue to converse with a strange guy that calls them at 3:45 am.) But I digress…the pace was a bit odd for me. I thought the first 50% was slow and a bit boring. The back and forth texting got to be a bit much, and I found myself wishing the author would hurry up and get to the real life meeting between these two characters. The last 50% seemed a bit rushed, and some things took place that just seemed a bit pointless. Last, it was all wrapped up in a sweet two years later epilogue.

~HERO~
JOEL…I liked Joel quite a bit. He was 21. He was a manwhore. He sweet. He was driven. He was funny. He was witty. He was a decent hero.

~HEROINE~
LEONIE…I really liked Leonie for the most part. She was funny. She was sweet. She was feisty. She was a good friend. That said, there were a couple times that her behavior left me scratching my head. I’m chalking this up to there being things thrown into the plot that just seemed to come out of left field and go nowhere (I am specifically referencing the scene where she finds out he is rich and had a totally made NO sense freakout).

~SECONDARY CHARACTERS~
There really were not a lot of secondary characters in this one, but I really like Leonie’s BFF Amaya and Joel’s roommate Levi. I wouldn’t mind seeing a book(s) featuring them.

~ANGST LEVEL – SEXUAL HISTORIES~
LOW. I didn’t find this one particularly angsty. From the first text, these two are fairly solid (as friends to start with). There are a couple bumps in the road, but nothing that lasts long or causes much angst. My main issue with this one and why it lost some stars was the pointless OW and OM drama. The OW drama being the more pointless of the two. I am not sure why we needed scenes of the hero’s ex f-ck buddy rubbing up on him (and him getting hard) on more than one occasion. Especially since she just goes POOF as soon as the two main characters meet in real life. The OM drama served a bit more purpose, but again, if I am being honest, didn’t make a whole heck of a lot of sense. Neither were virgins. Like I said the hero seemed to be a manwhore, and it is never specified if he slept with any OW after the mistaken text or not. It was “MY” feeling that he hadn’t. The heroine goes out on a double date with an OM after these two had been texting a bit, but her ex causes trouble and scares the guy off.

~IN THE END~
I liked it. Did I love it? No. Was it a decent read for a debut? Yes. Would I give this author another chance? Yes, undoubtedly. Therefore yours truly is going to give this a thumbs up.

On a side note, I never felt like this couple had long-term staying power. I *think* the author made their chosen careers so…I dunno…lofty? I am not even sure lofty is the right word…maybe grandiose? Anyway, the heroine wanted to work for the UN Human Rights Council and the hero an investigative journalist. Both pretty hardcore jobs that would require a lot of time and travel <— and YES, I know I am WAY overthinking a romance book, but I was left feeling that at some point this couple’s career goals were going to kill their relationship. (lol). 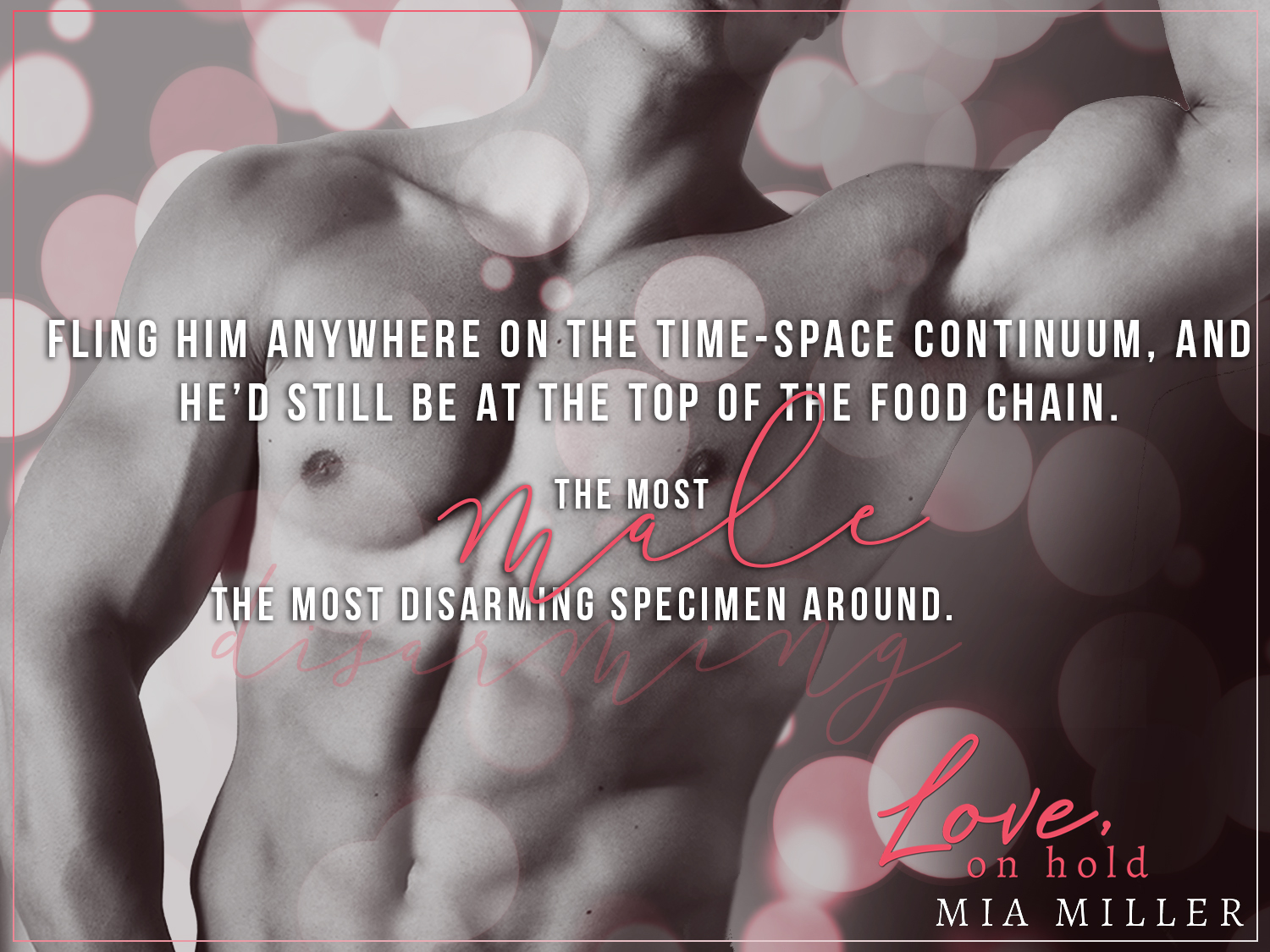 Mia Miller started writing as a getaway from a taxing day job in a multinational corp. A lover of all things romance since forever, Mia tries to find a little bit of a love story even in zombie movies. She likes her book boyfriends Alpha and her novels naughty.

Nowadays Mia can be constantly found typing away, with her Dogo Argentino at her feet. Mia brings to her readers books in the New Adult and Contemporary Romance genre.

Title: Dark Protector Author: Celia Aaron Genre: Romance Release Date: February 27, 2017 Available on Kindle Unlimited    SYNOPSIS From the moment I saw her through the window of her flower shop, something other than ...READ MORE