Ben
We met five years ago when I was her family’s bodyguard.
Our time together was a secret.

Her touch was different…. addictive.
I fell hard and fast and then I left.

I’ve thought about her every day since.

As I sit here at a wedding watching her with her new boyfriend……I have regrets.

Regrets for the past things I’ve done.
But I won’t regret what I’m about to do.

I need her beneath me.
I’m having her tonight.

Bridget
It’s the little things I remember about Ben.
His smile and the icing sugar he had on his pancakes.

What started out as private jokes between us soon turned into private visits.

The quiet man at the back of the crowd.

His dry wit made me laugh.
His dominant body ruined me forever

He never told me he loved me, until he was leaving.
That was five years ago.

Things are looking up for me.
I met someone, someone special.

But Ben is back.

I find myself thinking about him ……more than I should.
No matter how hard my heart is freefalling from my chest.

I will never go back there.

You only get to break my heart once.

~AUTHOR BIO~
Lover of her husband, children, words, chocolate and margaritas.
When she is not writing her next novel, you will find her in a café drinking coffee with friends.
Writing is her passion.
~Books by T L Swan~
Stanton Adore
Stanton Unconditional
Stanton Completely
Stanton Bliss
Find Me Alastar
Play Along
Dr. Stanton
Dr. Stantons The Epilogue
Marx Girl
~AUTHOR LINKS~
WEBSITE
FACEBOOK 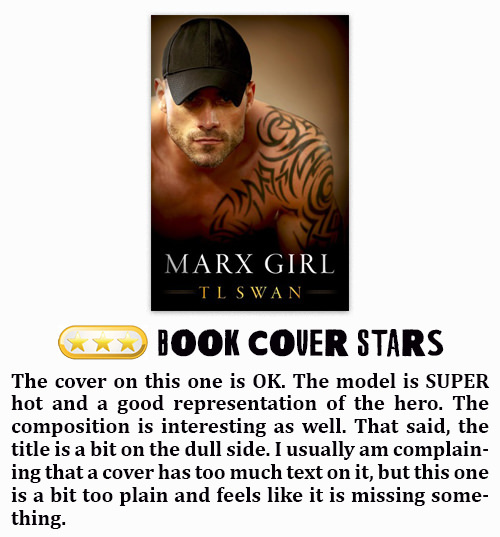 I enjoyed this one. It started off in one direction and then turned into something I wasn’t expecting. Which wasn’t a bad thing at all. It made me I laugh. It made me cry. It made me smile. It made me want to throat punch people. What more can you ask for?

~WRITING – PLOT – PACE~
The writing was quite good. The pace was perfect. The plot was engaging and kept me turning the pages. The mystery aspect was also very interesting. Like I mentioned above, this book started off in one direction and then at 40% took a turn I wasn’t expecting. That wasn’t a bad thing at all. More a “whoa, didn’t see that coming?” I think personally I would have liked for us to get to that 40% “twist” maybe a little earlier as the first 40% had a lot of odd, and (IMO) unnecessary other man drama in the form of Eric. Which leads me to the other issue I had. ERIC. His character and the whole “I am investigating Joshua and Ben for murder” is sort of just dropped. Never to be heard from again. Considering the last we hear about him he is trying to “weasel” his way back into Bridget’s good graces one would have thought we would have at least got some sort of closure with him. *shrug*

~HERO~
BEN…I liked him. He could be a little bipolar at times. But he was sex on a stick (with an accent). Alpha. Bada$$. Prone to yelling outbursts. Loved rough sex. Unfortunately, the author also decided to go with the tired cliché manwhore background. Which I usually don’t get too bothered by when a couple is broken up. That said, please DO NOT try to sell me a sob story from the hero about how VERY much he loved the heroine. Missed the heroine. Kept tabs on the heroine. Thought of the heroine while he was doing other women <– seriously? That is NOT romantic authors. It’s disrespectful to both the heroine AND the poor OW he used and tossed aside like dirty kleenexes! OK, off my soapbox…

~HEROINE~
BRIDGET…Hmmm, what to say…what to say. I didn’t hate her. I would go as far as to say I liked her. Just not as much as Ben. Her character (like Ben) suffered from bipolar disorder (not technically). I love him. I hate him. I don’t want him. I can’t stay away from him. Eric’s a jerk. I feel guilty about Eric. Yadda…yadda…yadda. I will say after she got her head out of her a$$ she became much more likable and my heart broke for her near the end.

~SIDE CHARACTERS~
There was a fantastic group of secondary characters in the book. Some from previous books and some that are new (I assume). My spidey senses tell me that maybe there is a series in the works for the guys joining Bridget’s brother at Marx Security. I hope so in any case.

~HEAT LEVEL~
Medium to high. The sex scenes were hot and plentiful. I would have liked to have seen some softer sex scenes in the mix. Most of the time these two were going at it like angry battering rams. Which is fine when you are twenty-seven but the chick is going to have a broken hip if he is still doing her that way at eighty (lol).

~ANGST LEVEL~
High. Honestly, these two did my head IN. The push and pull. Back and forth. I love you. I hate you. I am leaving you. I am back. I am leaving again. Oy vay…COMMUNICATION PEOPLE! There was also OW drama in this one that was once again pointless. Lead nowhere and caused ZERO issues. That said, it wasn’t overly bad nor did it overly bother me. Both the hero and heroine slept with others the five years they are apart. Considering the hero’s friends thought the WHOOPING two months he had been celibate before coming back for the heroine was a mind-boggling feat I can only imagine he was an uber whore the entire time they were separated. I already mentioned my issue with this scenario under the HERO section, so I won’t repeat myself. Suffice it to say I hate that whole “I have always loved you but I screwed 5000000000 women while we were apart.” There was also OM drama in the form of Eric who was Bridget’s boyfriend when the hero shows back up. I felt a bit sorry for the guy honestly. No cheating though as I am pretty sure they are broken up before she is with the hero again.

~IN THE END~
It was good. I enjoyed it. It held my attention from beginning to the end. Even with the little annoyances I never felt like throwing in the towel. I’ll be keeping my eye out to see if some secondary characters will be getting books. Yours truly is giving this one two thumbs up.

ARC REVIEW — Wound Tight (Made in Jersey, #4) by Tessa Bailey

Milo Bautista has his boss’s number. Renner may appear to be a self-centered asshole, but Milo has been watching him, and there is more to Renner than meets the eye. Renner Bastion is used to being disliked and left alone, …READ MORE

♥ ♥ ♥ Kiley Kepner, the perennial bad girl of Hollywood, finally meets the men that can tame her, but will she get her happily ever after? ♥ ♥ ♥ ♥ ♥ ♥ Maggie Marr is the USA Today Best-Selling …READ MORE

Title: Bad Things Author: Emily Goodwin Photographer: Sara Eirew Photography Genre: Contemporary Romance Release Date: May 4   They say it’s better to have loved and lost than to never have loved at all. I ...READ MORE