For one night of fun I kissed a man whose name I never cared to know. I pushed down all of the rules I had in place for myself with this one act of selfishness. No one had to know, and I could lie to myself that it never happened. People don’t remember tourists, and neither should I. It’s not like he was marriage material anyway.

No one is more surprised than me when a year goes by and that tourist becomes my freakishly hot, annoying, cocky neighbor who looks at me like a predator stalking his prey.

He is everything I was told to never go for, yet I can’t escape this feeling of being drawn to him.

After surviving a military accident, my entire future is in shambles, the only life I’ve ever known ripped from me. Attempting to run from my ego, I find myself in the small town of Three Rivers, where I can forget my problems and annoy my two younger brothers. Misery loves company, right?

It doesn’t take long for my sights to narrow in on an incredibly sexy blonde. The problem is she looks at me like she wants to squish me like a bug.

As shocking twists and deadly truths spiral out of control, I am forced to fight for the people who matter most in my life.

Rules are broken, hearts are trampled, and the lies that hold everything perfectly in place are torn down.

This is book three in the Bennett Brothers Series, it is told in dual POV, and has a HEA. Since characters do play recurring roles, reading book one (Recklessly Mine) and book two (Recklessly Forbidden) in the series, is recommended; however, it can be read as a standalone. 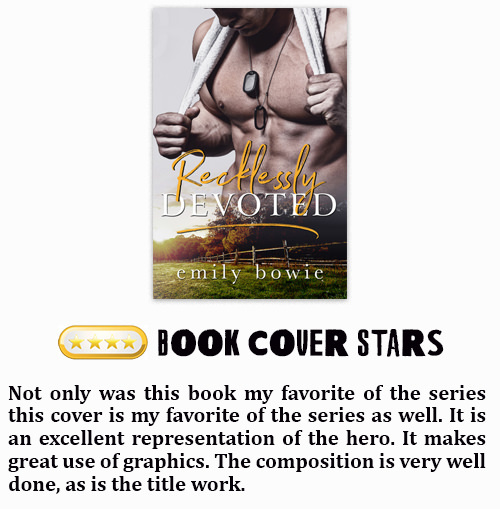 ~WRITING – PLOT – PACE~
This book was my favorite of the series by FAR. These two were hilarious. Immature as hell, but oh so so funny. I also thought the writing in this one was a step up from the previous two books. The pace remained very good. The plot was engaging and kept me turning the pages. It had a nice little mystery aspect to it that comes into play about halfway through the book, and I found that quite an enjoyable addition. It was funny. It was sweet. It had a ton of feels. Last, it was all wrapped up in a very sweet series ending epilogue.

~HERO~
BRODY…I seriously LOVED Brody’s character. He was so immature at times with his pranks, but you just couldn’t help but love the guy. He was also sweet. He was smokin’ hot. He was ex-military. He was damaged. He wasn’t a manwhore. He was all about Cassy. He was a perfect book boyfriend.

~HEROINE~
CASSY…I loved Cassy just as much as Brody. She was just an immature as him with her pranks, but again, you couldn’t help but love her feistiness. She was sweet. She was a great friend. She was independent. She was strong. She was all about Brody…eventually (lol). And bonus, she wasn’t a VIRGIN and had a great sex life prior to Brody. 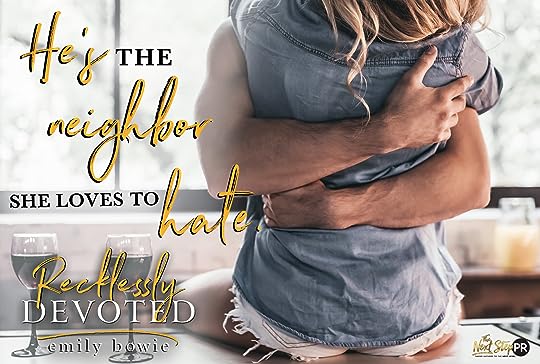 ~SECONDARY CHARACTERS~
This book was full of great secondary characters. All the couples from previous books along with a few extra old and new faces. I really hope the author plans on writing a book for Luke <— I actually thought that maybe the author was going to pair him with a certain sister, but the epilogue dissuaded me of that hope. I would also love to see Mara get a book.

~HEAT LEVEL~
Medium. There were some suitably how sex scenes in this one and the frequency felt organic to the story.

~ANGST LEVEL~
Low. I didn’t find this one angsty at all. There are some acrimonious scenes as this couple tries to one-up each other, but I found that more humorous than angsty. Once they settle their differences, they are a solid couple. There was no OW or OM drama. There is a separation of one year from when they first attempt a one night stand until they meet again. The hero was celibate for that year. I am not sure if the heroine was as it was never mentioned. That said, they didn’t even know each other’s names, so even if she had sex with OM I wouldn’t have cared.

~IN THE END~
I enjoyed the hell out of this one. The writing was kicked up a notch. The plot was engaging and funny. The added mystery aspect was a great addition. I laughed. I cried. I hated to see it end. I am glad the author is going to continue to write some books set in Three Rivers, and that we will be seeing all these characters again at some point. Yours truly is going to give this one two HUGE thumbs up.

When she is not writing she can be found reading a good book, making digital scrapbooks and being physically active—whether it is at the gym, going for a walk, or playing /keep up with her children.

Only the Perfect By Elle Thorpe

Faking It By K. Bromberg

Faking It never felt so good in this red-hot new standalone by New York Times bestselling author K. Bromberg. FAKING IT is coming to audio first September 25th and we have the hot new cover!     Faking It …READ MORE

Make You Mine By Tia Louise

Make You Mine by Tia Louise Release Date: December 4th Add to Goodreads: https://www.goodreads.com/book/show/41884223-make-you-mine     *Get it NOW at the Special New Release Price!! FREE in Kindle Unlimited! Amazon US: http://smarturl.it/MYMamz Amazon ...READ MORE