Growing up in the shadows of an all-star football player in a small town isn’t easy. It’s even harder when that legend is your older brother. Jewels Rogers always plays safe, preferring the shadows that allow her to go unnoticed. When scandal breaks and rumors spread, she leaves Three Rivers, planning to never return.

Sinfully sexy, Tyson Bennett gets through life easy. He’s stellar at his job, loves playing on the dark side, and girls drop their panties when he looks their way. Except for the one girl he can’t stop thinking about. His natural charisma seems to disappear around the mysterious beauty who caught his eye.

When one of his infamous blackmail deals goes awry, Tyson realizes that maybe it isn’t just the deal that is spiraling out of control but his life, too.

Will Tyson be able to win Jewels over and keep her safe before it’s too late?

Will Jewels finally step out of the shadows and play the leading lady in her own life?
This is book two in the Bennett Brothers Series, it is told in dual POV, and has a HEA. Since characters do play recurring roles, reading book one in the series, Recklessly Mine, is recommended; however, it can be read as a standalone.

When she is not writing she can be found reading a good book, making digital scrapbooks and being physically active—whether it is at the gym, going for a walk, or playing /keep up with her children. 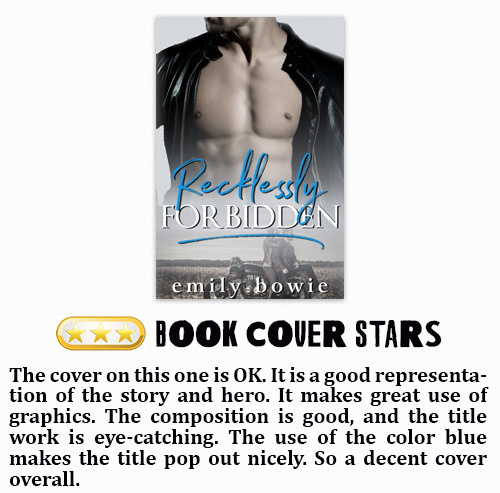 I enjoyed this one for the most part. It was a fairly quick read and I very much like this author’s style of writing. It’s very readable and has a nice flow to it. The pace was quite fast. The plot was engaging and kept me turning the pages. That said, I also thought it was a tiny bit underdeveloped and head scratching at times. The whole “society” thing is still a bit cheesy to me, and I found the entire plotline surrounding that aspect a bit confusing. I didn’t find this particularly angsty. There was a little bit of OW drama. It didn’t bother me overly much, but I would have rather had Andrea just have been a family friend that wanted more instead of an ex f@ck buddy of Tyson’s. There is a smidge of OM drama as well. The couple’s attraction was quite instant, but the sex was slow in coming and not overly detailed.

It had an excellent cast of secondary characters. I guess this book and the first in the series run parallel to each other since Chase seems just to be meeting his heroine Kat in this one when he is sent to Three Rivers by Tyson. I am also very intrigued to read about Brody in his upcoming book. Both main characters were very likable. Jewels was a great heroine. She was funny and sassy and sweet. Tyson was quite likable but hard to get a read on, to be honest. He came across young to me (early 20’s), but I *think* he was meant to be older. I am not sure though because we never get an age mentioned. I just found his behavior confusing at times. Together as a couple, they were OK. I can’t say that I was blown away by their passion for each other. Instead of a spark, it felt more like a smoldering ember that just never turned into a raging inferno. Lastly, it was all wrapped up in a sweet little epilogue.

So like I said I enjoyed it for the most part. Again like in book one I had some issues but also like book one I found myself brushing those aside and getting sucked into the story. So this one gets a solid thumbs up from yours truly, and I looking forward to the next Bennett Brother’s book.

The Spirit Chaser by K.M. Montemayor

BLURB Some places are too evil. Some places should be left alone. Austin Cole has it made. Star of the hit television show Spirit Chaser Investigations, he has become the world’s most famous paranormal investigator. Although hard work, a talented …READ MORE

Amazon   Nook   Kobo  iBooks Vaughn Johansson is the Nashville Assassins’ star player. He’s brash, cocky, and talented. And he isn’t afraid to let anyone know it. He lives his life on his own terms, never forming romantic attachments, and only …READ MORE

Callum’s Hell by V.F. Mason releases on May 17th! #DarkRomance #Standalone #DarkAsHell ADD TO YOUR TBR — http://bit.ly/2X2mv9h     ~SYNOPSIS~ She knew no chaos…until I claimed her. She was a florist. He ...READ MORE

The Devil’s Duet By Eve Charles

DIRTY. DARK. DELICIOUS. The Devil’s Duet is coming soon from none other than Eva Charles! Depraved releases February 21st, 2019. Delivered releases March 21st, 2019. AND WE ARE DYING OVER THESE COVER IMAGES!   ...READ MORE