Title: Stud in the Stacks
Author: Pippa Grant
Genre: Sexy Romantic Comedy
Release Date: January 5, 2018
~SYNOPSIS~
When it comes to women, I know what they want. And all day long, I give it to them. Dark, broody, and sexy? You got it. Need to laugh? I’m your guy. Desperate for something to put you in the mood? You’ve come to the right place, kitten.

Every morning when my library opens, there’s a line around the block, the ladies flocking to me in need of their next book boyfriend. I’m that dude. The one who knows his way around the romance section. And if you think that hasn’t gotten me plenty of action over the years, you’d be wrong.

But I’ve made a few miscalculations, and now my reputation has my job in danger. If I can’t prove to my boss that I’m more than a playboy who recommends romance in the hopes of getting some hanky panky in the stacks, I can kiss my job goodbye.

Stud in the Stacks is a sexy, hilarious, sometimes embarrassing romantic comedy told in both points of view, complete with tacos, romance novel love, and unicorn parties with no cheating or cliffhangers.
ADD TO GOODREADS

~EXCERPT~
Even though it’s been six years since I stripped for a roomful of women, I’m pleased to report my loincloth still fits in all the right places. Tad more snug in front than I remember, but if I had to grow, might as well be in the junk.
I give the elastic one last test as the producer signals that I’m up. Spider-Man gives me a fist bump. Thor smacks my ass. They’re the last two bachelors going up on the block after me in tonight’s superhero-themed auction.
There are some who might say Tarzan isn’t a superhero, but Jane would beg to differ.
And I fucking own this costume.
Plus, if no one else bids on me, my Nana’s right up front, ready to throw down the hundred bucks I slipped her before the show.
I’m hoping for a little higher than that though. Batman just went for a cool five grand.
Batman was a dick, which I assume my Nana didn’t know when she started the bidding on him. A grade-A, condescending asshat who thought just because he had a few million bucks in the bank, he could call people gay like that’s an insult and take a metaphorical shit on my favorite books.
I fucking want to beat Batman.
~AUTHOR BIO~
Pippa Grant is a stay-at-home mom and housewife who loves to escape into sexy, funny stories way more than she likes perpetually cleaning toothpaste out of sinks and off toilet handles. When she’s not reading, writing, sleeping, or trying to prepare her adorable demon spawn to be productive members of society, she’s fantasizing about chocolate chip cookies.
~AUTHOR LINKS~
FACEBOOK
TWITTER
GOODREADS
BOOKBUB
WEBSITE
~GIVEAWAY~
a Rafflecopter giveaway 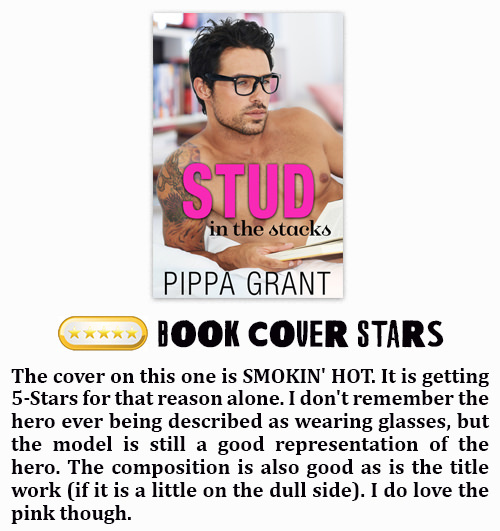 NOTE: This coming year I have set a challenge for myself of reading one book a week that takes me out of my comfort zone. A book that may include one (or more) tropes (scenarios) that I avoid like the plague. Cheating. Older women/younger man. OW drama. Just to name a few. Nothing is off limits. I am taking a HUGE step out of the box I usually live in and charting a course into the unknown (HaHa). My reviews for these books will differ from my usual as I will focus more on whether the author wowed me despite it having content I avoid. That said, I will go into each book with an open mind and an open heart and who knows, maybe I will discover a new favorite author on the way!

So honesty first. I had NO idea when I signed up for this one it involved an older woman/younger man plot. Had I known I would never have signed up. I wish authors would make a note in their blurbs when a book contains a trope that isn’t the “norm”. Just a quick **this is an older woman/younger man story** would go a long way in helping readers avoid things they have no interest in reading. This would be especially helpful for ARC readers since we don’t have the benefit of reading reviews before we sign up for a book. OK, public service announcement over onto the review…

~WRITING – PLOT – PACE~
I found this one to be very well written. It was perfectly paced. The plot was engaging and kept me turning the pages. It was SUPER hilarious as well. That said, I think this book would have worked better had less time passed. Twenty years seemed a bit long for a grown intelligent woman to have bully hangups from high school. I also think it would have worked better had the heroine been the same age as the hero. Obviously, the whole “babysitting” angle wouldn’t have worked, but it would have made the heroines behaviors less eye rolling and head scratching.

~HERO~
The hero of this book was PERFECT. He was sweet. He was sexy. He was funny. He was smart. He was kind. He reads romance novels. He lives with his Nana. He wasn’t a manwhore. He was just a totally lovable and endearing hero. I wish romance books had more heroes like Knox. He carried this book to a 3.5-star rating that is for sure.

~HEROINE~
I didn’t hate Parker TOO much. That said, she acted a bit bipolar at times. One minute she was a babbling idiot and the next she was a straight up bitch. The fact that she was eight years older than our hero would usually have me not finish a book lickidy split but Parker acted WAY less mature than our hero. That made it easier for me to pretend they were at least the same age (lol). Although I didn’t find her overly annoying, I did find her insecurity a bit confusing. The woman is thirty-eight years old but is still hung up on things that happened two decades ago? Not to mention her reasons for not wanting kids?? Let us just say she came off a bit mentally challenged at times and leave it at that.

~SIDE CHARACTERS~
There was a nice cast of secondary characters. I assume some from previous books. I loved Parker’s friends and Knox’s Nana. I also really want Parker’s brothers to get books of their own.

~HEAT LEVEL~
Low to medium. No sexual intercourse until 60% in but there was good sexual chemistry and the sex scenes were suitably hot.

~ANGST LEVEL~
Low. I didn’t find this very angsty and there was no OW/OM drama.

~IN THE END~
I enjoyed this one overall. Like I mentioned above the hero and humor carried this book to a 3.5-Star rating. The age difference didn’t overly bother me as it wasn’t talked up a lot and the heroine acted younger most of the time which made it easier to pretend she wasn’t eight years older. Unfortunately, the heroine of this one was also a pretty big disappointment. She came across like an immature idiot half the time and an over the top bitch the rest of the time. Still, I enjoyed it enough I will give this author another chance to WOW me. So this one ended up being a bit of a mixed bag.

RELEASE BLITZ — Down in Flames By Samantha Conley

She changed everything. And demanded it all. Kaznachei’s Pain by V.F. Mason is releasing on October 4th! Keep reading for a short excerpt!     ADD TO YOUR TBR: http://bit.ly/Kaznachei   ~SYNOPSIS~ KaznacheiA long time ago, life was nothing …READ MORE

RELEASE BLITZ — Mine To Keep By Jenika Snow

Amazon     The world that was once known is gone. In its place is a society where the rich rule, and the female population are auctioned off to the highest bidder.I am more primitive ...READ MORE