~SYNOPSIS~
With subs being murdered at a Miami BDSM club, experienced dominant Agent Seth Wilkinson must find his own submissive to “entice” a killer. When he’s paired with Agent Baker Daley he wonders just how much a straight man can fake.
Baker Daley knows he can “play the part”; he just needs a chance to prove it to Wilkinson. Being a straight man should have no bearing when his Domme has trained him well in the practice and lifestyle of submission. After all, this is just a job, right?
One scene. One intuitive Dom. One sassy sub. The game is afoot…in more ways than one.
As passions ignite and both men grapple with their internal desires, the mission begins to heat up. In a race against time, confusion and danger, they may just discover the greatest threat is to their hearts.

~GIVEAWAY~
a Rafflecopter giveaway
~PRAISE FOR THE NOVEL~

Jayne P. Sayle – “…fast paced and it keeps you hooked from the very first page.”

Jenny Prose – “This is an absolutely amazing love story of 2 men.” 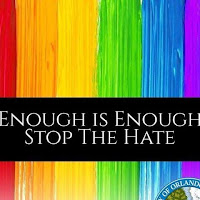 T.S. McKinney lives in East Tennessee with her high school sweetheart/husband and all the countless dogs she picks up from deserted country roads. Her professional career has been in business but her heart has always belonged to the fantasy world found in books.

Creating wicked worlds where one can meet the perfect hero – and then do anything to him that you want – has been a hobby that has brought her plenty of hours of fun and naughty entertainment.

When not working, reading, or writing, she loves to spend time with my family and forcing them (because they don’t really have another choice) to allow me to redecorate their houses…and listen to my naughty…sometimes sadistic stories. 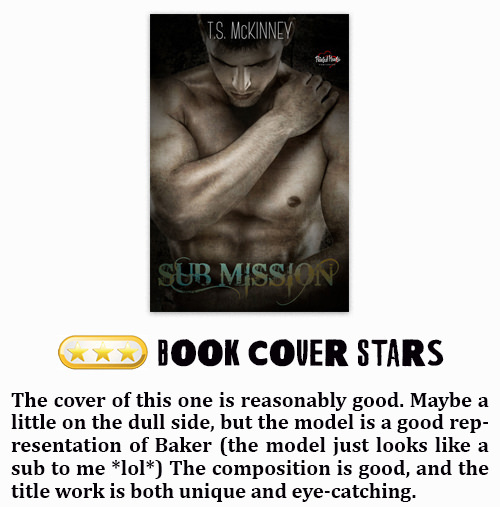 ~WRITING – PLOT – PACE~
I enjoyed this one quite a lot. It had a couple of smallish issues, but overall it was a pretty decent read. I’ll tackle the two niggles I had with this one first. One of them was the annoying lack of communication between these two. If either of them had sat down and had a single conversation about how they were feeling instead of always a$$uming what the other meant, 99% of the drama could have been avoided. Of course, then there probably wouldn’t have been a book..so what can you do? (lol). The second issue was that the mystery aspect about the subs being murdered was pretty much nonexistent. It is used as a way to bring the two main characters together, then at the end to separate them. The rest of the time the book was mainly focused on Baker’s and Seth’s growing relationship. They really only go to the BDSM club once, and it is off the page. Now, this didn’t bother me much in the grand scheme of things, as the relationship kept me hooked, but I think the blurb implies that the murder mystery is the central focus of the book, and that is not the case. That said, the writing was still fantastic. It was very well paced. Despite the two issues I mentioned above, the plot was engaging and kept me turning the pages. Last, it was all wrapped up in a satisfying ending.

~HEROES~
Both Seth and Baker were very likable heroes. Seth was alpha, and sexy. He was sweet. Maybe a little clueless at times. He was a fantastic Dom, and he was all about Baker from the start. Baker was also sweet. He was a virgin in terms of man on man sex. It took him a little longer to be all about Seth (not too long), but there was never any pushing away by either of these guys. Both of them were just very enjoyable characters.

~SECONDARY CHARACTERS~
There weren’t a ton of secondary characters in this one, but the few we get intrigued me a lot. I’d love to read more about Landon. And I can’t WAIT to read Ari and Eli’s book. That last paragraph…woowee…that was smokin’ hot!

~ANGST LEVEL – SEXUAL HISTORIES~
Low. This was one of those easy peasy insta love types of stories. Of sure there were a few bumps here and there, but nothing that really caused too much of an issue between the couple. Most of the angst came from me wanting to tie both of them to a chair and make them actually TALK to one another instead of just always a$$uming what the other was thinking and feeling. Neither were virgins (although Baker never had sex with a man prior to Seth). Honestly, neither sexual history was really brought up. In the beginning, Baker has a Domme he has been with, and honestly, I still have NO clue if their relationship was sexual in nature, or she just helped him stay focused through BDSM. At times I figured they must have but at others times Baker alludes to it as a “business” relationship, so really, I have no clue. It is not really an important aspect anyway (lol). There was also no OW or OM drama.

~IN THE END~
I enjoyed this one a lot. It had a couple small issues, but overall it was a super enjoyable read. It was well written and fast-paced. The plot was engaging. The characters, both man and secondary were extremely likable, and the sex was both hot and plentiful. Not much more I can say, really. Therefore yours truly is going to give this one two solid thumbs up.

Vegas Heat, a series of sexy STANDALONES from Erika Wilde is now live!   GAME OF CHANCE A former Marine and Las Vegas vice cop, Nathan Fox has seen it all and then some. Heading up security for the Onyx …READ MORE

Coming January 8th 2017     I dig. It’s what I do. I’ll literally use a shovel to answer a question. Some answers, though, have been buried too deep for too long. But I’ll find those, too. And I …READ MORE

Rewrite the Stars By Charleigh Rose