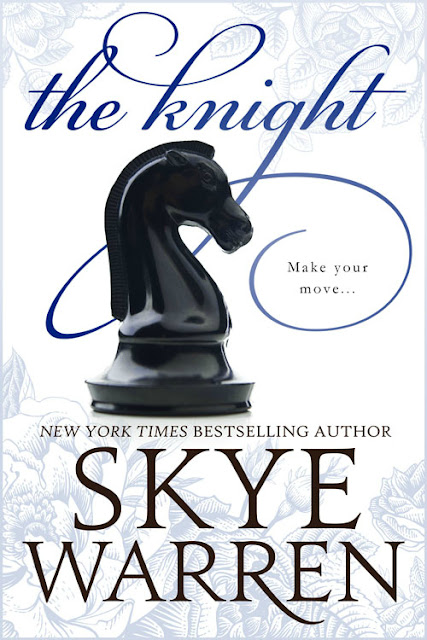 Title: The Knight
Series: Endgame #2
Author: Skye Warren
Genre: Contemporary Romance
Release Date: January 31, 2017
Blurb
The power of pleasure…
Gabriel Miller took everything from me. My family. My innocence. My home. The only thing I have left is the determination to get back what’s mine.
He thinks he’s beaten me. He thinks he’s won. What he doesn’t realize is that every pawn has the chance to become a queen.
And the game has only just begun.

THE KNIGHT is book two in the Endgame series from New York Times bestselling author Skye Warren about revenge and seduction in the game of love. 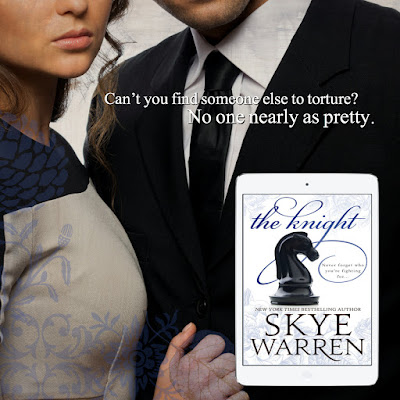 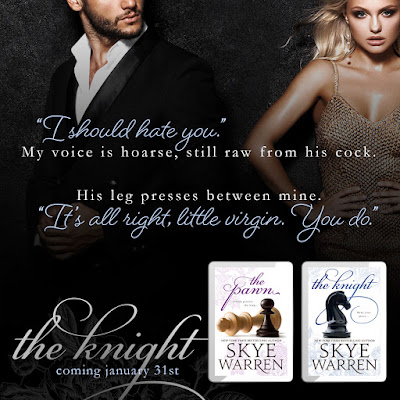 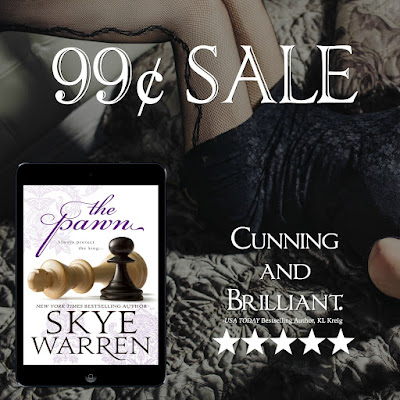 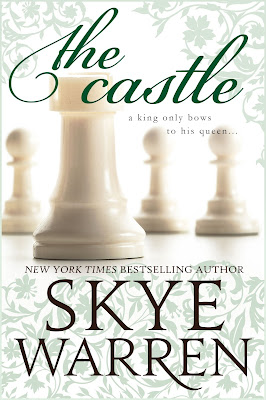 Author Bio
Skye Warren is the New York Times bestselling author of contemporary romance such as the Chicago Underground series. Her books have been featured in Jezebel, Buzzfeed, USA Today Happily Ever After, Glamour, and Elle Magazine. She makes her home in Texas with her loving family, two sweet dogs, and one evil cat.
Author Links
FACEBOOK
TWITTER
YOUTUBE
PINTEREST
INSTAGRAM
WEBSITE 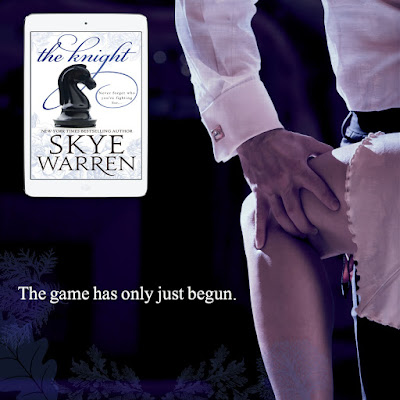 Book two of the ENDGAME series picks up where book one ended. Avery has lost everything. Her house. Her pride. And her virginity, all at the hands of Gabriel Miller. Now living in a run down hotel Avery desperately wants to get her home back and never see Gabriel again.

When Gabriel offers Avery a light at the end of a tunnel. She reaches out with both hands only to have it all taken away again. Soon it becomes apparent that there is more going on here than meets the eyes. And the good guys may not be all they appear to be. While one very bad man may be exactly what Avery needs.

Where to begin? Where to begin? So, first off I enjoyed this one just as much as the first book. Same fabulous writing. Same fast pace action. More twists and turns and mysteries uncovered. Interesting side characters (I REALLY am hoping Avery’s BFF and stepbrother get a book.)

That said, there were a couple things I was disappointed in. One, I don’t think this one has as much sexual tension as the first book. And I missed that a little bit. Avery and Gabriel don’t actually spend a lot of time together (it felt that way to me in any case) and maybe that is why I felt less of a connection between them.

Also in the first book, I felt Avery held her own against Gabriel. In this one, I wanted her to stand up for herself more. She really caved to anything he wanted and she let him hurt her WAY too much. I wanted her to say “F@ck you Gabriel! F@ck the house!” And go get herself a J-O-B. On the flip side, I wish we would have gotten some insight into Gabriel’s thought process because I found him a tad bit TOO cruel (for my tastes) in this one. It made it hard for me to believe he actually cared for Avery.

Those small issues aside, this one was a great read for me and you can bet that I’ll be lining up to get my hands on book three. Two thumbs up from yours truly.

BLOG TOUR/REVIEW — Take Me With You by Nina G. Jones

“It’s when you are secure in your sleep, in the safety of your warm covers, when you think you are most alone. That’s when I come, when every last guard is down.” Vesper Rivers lives ...READ MORE