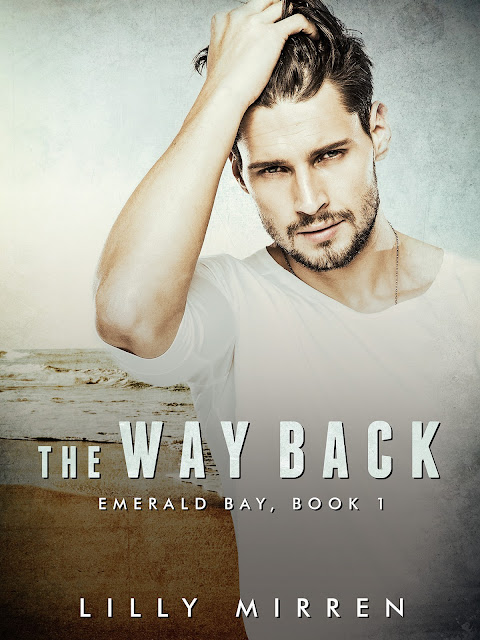 Nothing’s turning out the way I’d planned.I’d given up on winning back my cheating husband, swallowed my pride, and returned to the sleepy beachside town of my childhood, Emerald Bay.

A chance to forget the pain of divorce, and make a fresh start. A chance to find the person I used to be.

I didn’t expect to run into my high school boyfriend. The one that got away — the first big regret of my adult life. I didn’t expect him to look so good, or to be so lost. He was in pain, and I was in no shape to help him.

I wasn’t looking for love. I couldn’t take another heartbreak. I just wanted to find myself, or at the very least some kind of peace. But a love like ours is hard to shake, even after so many years apart.

I never thought I’d get a second chance at happiness. A second chance with Finn. I just wanted to find the way back to the person I once was.

But maybe… just maybe… he was the way back. 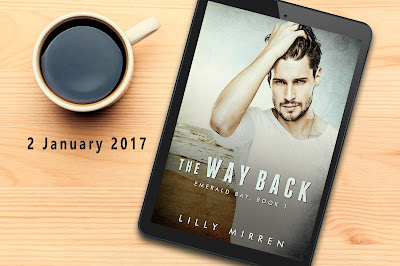 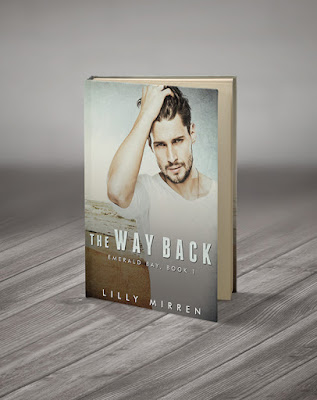 Lilly Mirren lives in Brisbane, Australia with her husband and three small children.

Lilly always dreamed of being a writer, and is now living that dream. She is a graduate of both the University of Queensland, where she studied International Relations, and Griffith University, where she completed a degree in Information Technology.

When she’s not writing, she’s chasing her children, doing housework or spending time with friends. 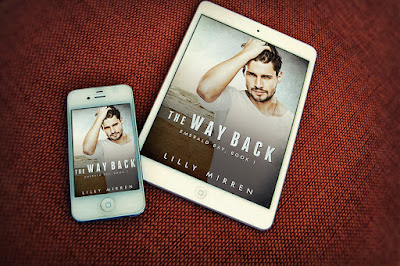 I liked this one, but I didn’t love it. First up there is NO sex in this book. Second, the hero/heroine don’t even start dating until 90% into the book. Up until 90% we just have this depressing back and forth weirdness. I honestly don’t know how to explain it.

This book bummed me out. Finn and Elle are teenagers in love when it’s time to go to university Elle expresses her doubts about them having a long distance relationship and Finn overreacts (pretty much what he does in EVERY situation in the book) and ends things between them. They both go their separate ways, get married and have kids. Finn’s wife dies in a car accident, leaving him to raise their two girls, and three years on he is STILL not over it and feels guilty. Elle’s husband cheats on her and leaves her for the other woman. Now she is a single mom to their three children. On top of the constant reminders about Finn’s dead wife, and Elle’s hurt over what her husband did, we get to read about Elle’s BFF having a stillborn child. By the end of this one I was starting to feel like I needed therapy!

Now I will say that I did enjoy Elle as a character. I thought she was strong in the face of all that happened to her with her husband. I didn’t like that she basically shouldered the blame for her and Finn’s breakup when in actual fact it was HIM that broke up with HER. Yes, she admits that she would have more than likely broken things off, but Finn acted like a whiny bitch over it for the ENTIRETY of this book. In fact, Finn was a whiny bitch in general. He was ALWAYS jumping to conclusions about Elle and running away (literally, the pussy RAN AWAY from Elle when he thought she was kissing her ex-husband) He just wasn’t hero material IMO. Of course, this wasn’t helped by the fact that these two are not even a couple for 90% of the book. They just dance around each other whining about life and each other.

This story really needed to be developed more IMO. We basically get no time with them as a couple. They start dating at 90%, [su_spoiler title=”(view spoiler)” style=”fancy” icon=”arrow-circle-1″]then married in the epilogue.[/su_spoiler]

No information on how they are blending their families or anything like that. The MIA and MACK situations felt thrown in to cause some drama but just felt weird and out of place. So why the 3 stars? The writing was really good. It DID suck me in and had me turning the pages despite the annoying characters and the no sex. The story was beautifully written in a melancholy way. So for that alone, I felt 3 stars was a fair rating for this one.

Marriage Games by CD Reiss Series: Games # 1 Release Date: October 25th Genre: Contemporary Romance “Marriage Games is one of the most powerful novels I have ever read. CD Reiss gets into the soul of her hero and heroine …READ MORE