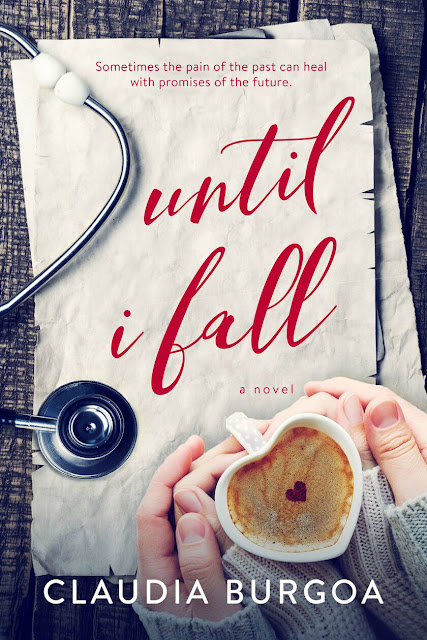 ER doctor, Aspen Zimmerman is no stranger to pain and loss. The tragic death of her fiancé catapults her life into a promise of healing—of being the best damn ER doctor her hospital has ever encountered. After all, it makes her feel like she’s making a difference when she couldn’t so long ago. And when her most beloved patient suffers horrifically, all Aspen cares about is healing her—even though her son has a special way of igniting a fire she thought fizzled out long ago.

As a private security officer, Anderson Hawkins puts everyone’s life before his own. With his mother fighting for her life, Anderson is hellbent on finding a way to save her. On the plus side, he gets to spend his time with a sexy and fiery ER doctor who would do anything for his mother. Though Aspen seems to be pulling back—away from any feelings she may have for him. Now, it’s up to Anderson to prove that they can build a future together if they both let go of the past. Can Aspen trust her heart with someone when she already feels “dead on arrival?”
ADD TO GOODREADS

Born on the mystical day of October 30th in the not so mystical lands of Mexico City, Claudia grew up with a childhood that resembled a caffeine-injected soap opera. Seventeen years ago she ventured to the lands of her techie husband—a.k.a. the U.S.—with their offspring to start a new adventure.

She now lives in Colorado working for a small IT company, managing her household filled with three confused dogs, said nerd husband, two daughters wrought with fandoms and a son who thinks he’s the boss of the house. To survive she works continually to find purpose for the voices flitting through her head, plus she consumes high quantities of chocolate to keep the last threads of sanity intact.

This is a pretty great cover. It’s a good representation of the story. It has great composition (for the most part). It’s eye-catching and original. The only thing “I” don’t care for is the type used for the title. It’s weird that the “u” and the “i” are lowercase and that throws off the composition a bit. I would have gone with a font that had a bit more unity in regards to the size of the different characters

This one was just OK for me. There wasn’t anything overtly wrong with it. The writing was okay. The plot was all right. The characters were likable enough. I didn’t feel a great connection between them, unfortunately. I am sure I was meant to, but to be honest, I felt more passion between the heroine and her dead fiancee in the first chapter then I did between her and the hero for the entirety of the book.

I also found it SO long and SO slow moving. Like, mind numbingly slow. I almost felt like there were too many different side stories going on (Aspen’s issues with her Mom & work, Her Dad’s death, Anderson’s Moms cancer, Anderson’s super secret job). On top of that, it was also incredibly melancholy. This is not a light-hearted book, and while there is nothing wrong with that, FOR ME, it just overshadowed EVERYTHING.

So like I said it was OK. I think the author could have tightened the plot up A LOT and dropped a bunch of unnecessary (IMO) scenes that would have improved the overall pace of the book. But it certainly wasn’t the worst book I have ever read.

The Entitled By Cassandra Robbins

♦ ♦ ♦ People say you can’t find your soulmate at eight years old. I did. I found Reed and loved him more than I loved myself. We were young…beautiful…entitled. Money and private schools, our families’ lavish parties and posh …READ MORE

Brewer Ross has given up on love…until he meets a woman who turns his life—and brewery—upside down.   LIGHTSTRUCK The Brewing Passion Series #2 Liz Crowe Releasing May 30, 2017 Totally Bound     ...READ MORE