I was captured…That’s just the beginning of my tale. I’ve survived Purgatory, abuse, and near death. In that abandoned farmhouse I nearly lost everything, but Jacob saved me. We were trapped in this hell together, giving each other the strength to hold on. I fell into darkness with my captor’s son.Until I left him behind.She was perfect, my Alana. Brilliant and full of pain. She understood my darkness and fueled the fire. When she left, I waited patiently to find her, and in her honor, I killed men who took away from innocents. Then I found her…She’s deadly now, a killer too, and perfectly mine. It was beautiful to behold, but she belongs in a cage. My cage. She’ll love me again, or I’ll expose her dirty secrets for the world to see while going down in flames with her. In darkness, it’s most definitely till death do us part.

Warning: This book is full of triggers. It’s wicked dark, with created evil falling in love. People die. They are hurt horribly. The bad guys get away, and there is no apology for it. Hardcore trigger within these pages.

Leaving me to my misery, Master and the doctor left the room to speak in harsh whispers in the hallway. Curling myself into a ball, I kept crying harder and harder until I was gasping for breath. Master threw a glare my way before leading the doctor far away from my room.

The pain, the loss, shot through me like I was taking a bullet to the heart. How could I have done this? How could I put my precious little one through something this awful? I was as bad as Master. I was a monster like him. Crying harder at my thoughts, my eyes caught on the doorway in time to see someone peeking in. My body relaxed in one great whoosh. Jacob was here. He slipped into the room and crept into the bed with me. Ignoring the blood and filth on the towels, for the first time, Jacob took me into his arms. I curled into his chest, inhaling his clean, crisp scent through the tears.

It didn’t matter. He was here now, and I clung to him, curling my fingers into his shirt and holding on desperately. In his arms, the pain dulled, and I could handle it. I could cry into his chest and be held. I could be fragile, and he’d catch the broken pieces. His lips trailed up the side of my neck, soft kisses that pushed away the agony and warmed me.

“You can do it. You’re strong enough. Hold on a little longer,” he whispered into my skin. I believed it because he did too.

So I lifted my face so his lips could touch mine.

Soft and warm, his mouth was different. He slipped over the scars of my abuse and filled in the cervices left behind. Maybe it was the medicine making me fanciful, but I thought I could ask for this. That maybe I would ask him to take me. That I’d like to have him. But then, he was pulling away.

And as fast as he’d come, he was gone, but the pain was behind a wall, one he’d built high. He gave me strength, and I would use it to survive. I’d done the right thing, as horrible as it was, and I knew he didn’t judge me for it. We’d done this together, and it made the load easier to bear. Master stomped his way back into the room, face scarlet and chest heaving like a locomotive. I wanted to cringe at his bald fists, but I couldn’t move. I was too tired, or too resigned maybe, to care.

Writing professionally since 2008, LeTeisha Newton’s love of romance novels began long before it should have. After spending years sneaking reads from her grandmother’s stash, she finally decided to pen her own tales. As many will do during their youth, she bounced from fantasy, urban literature, mainstream, interracial, paranormal, heterosexual, and LGBT works until she finally rested in contemporary romance.

LeTeisha is all about deep angst and angry heroes who take a bit more loving to smooth their rough edges. Love comes in many sizes, shapes, and colors, as well as with—or without—absolute beauty and fairytale sweetness. She writes the darker tales because life is hard … but love is harder. 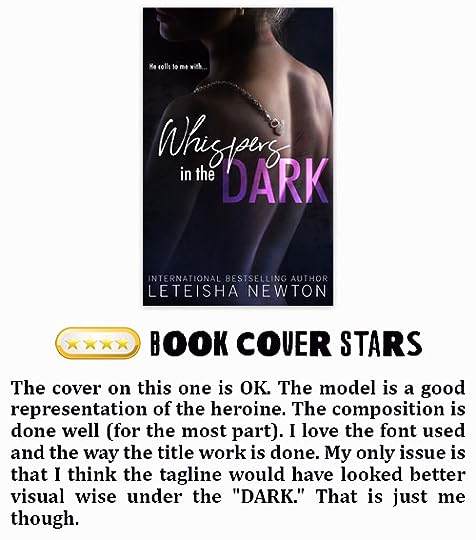 ~WRITING – PLOT – PACE~
So this book was…INTERESTING. Saying I enjoyed it seems a bit weird. It was VERY dark. Maybe one of the darkest I have read to date. It would be wise to heed those trigger warnings because this isn’t a book to dip your “dark romance” toe into. That said, it was very well written. I struggled with the pace a bit. For me, it was a bit too long and slow in places. I think the plot could have been tightened up a bit. There were a lot of extra scenes that didn’t really add a lot to the overall story. Without them, I think the book would have moved along at a better pace. I loved the ending though.

~HERO~
JACOB…Not really sure what to say about him. He was a super f-cked up anti-hero. He suffered a lot and did a lot of bad stuff. But my heart kind of broke for him, especially in the first part. I don’t know that what happened to him excused his behavior, but it made his character a BIT more sympathetic.

~HEROINE~
ALANA…Alana’s character was a bit like having two different characters in one. The kidnapped Alana broke my heart. It was very hard at times to read all she had to go through. But she was a fighter, and I admired her courage and will to survive. I loved the bond her and Jacob shared. The after her escape Alana was a bit hard to buy into. And here is where I think it would have been helpful to have cut some unnecessarily long scenes pertaining to her actions in the present and fleshed out what she had been going through the eight years after she escaped. That issue aside I did rather enjoy the (HIGHLIGHT TEST FOR SPOILER) vigilante justice Alana. 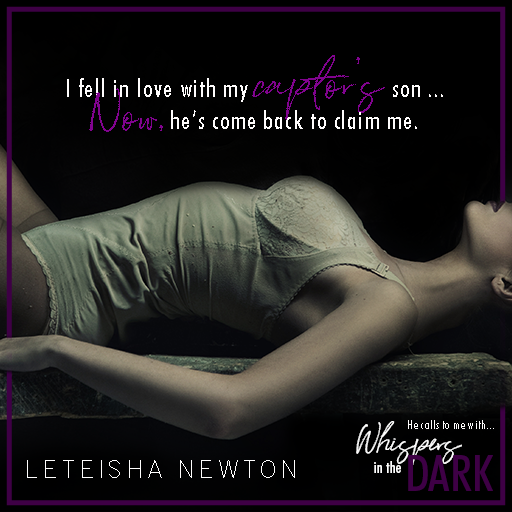 ~SECONDARY CHARACTERS~
This one is fairly light of secondary characters. We have the evil kidnapper and a fellow captive, but other than those two this book was mainly focused on Jacob and Alana.

~HEAT LEVEL~
Low. There really wasn’t many “romance” type sex scenes in this one. Mostly A LOT of rape and cruelty. Blood. Knives. Whips. Pain. I didn’t go into this one expecting unicorns farting rainbows so I wasn’t bothered by the lack of “love” scenes. The scenes we got fit the overall tone of the book.

~ANGST LEVEL~
Low. This wasn’t an angsty book in the traditional sense. Obviously, it was a captive book and so there was drama and angst surrounding that. Most of the characters in this one were majorly messed up, so again, we get angst because of that. Jacob was a virgin. Alana was a virgin. There was no OW drama. There was some OM drama (HIGHLIGHT TEXT FOR SPOILER) Jacob’s Dad rapes Alana repeatedly.

*** A Cry for Help It only takes one phone call, and Navy SEAL Drake Avery is rushing back to Tennessee in the middle of the night. His sisters are in danger, and he will do whatever it takes to …READ MORE

PLEASE NOTE — LINKS ARE UPDATED AS BOOKS BECOME AVAILABLE! Eve1972Hi there! I’m a mom and wife by day (and night), aspiring writer (in my dreams), and an avid reader (every day of the week). ...READ MORE